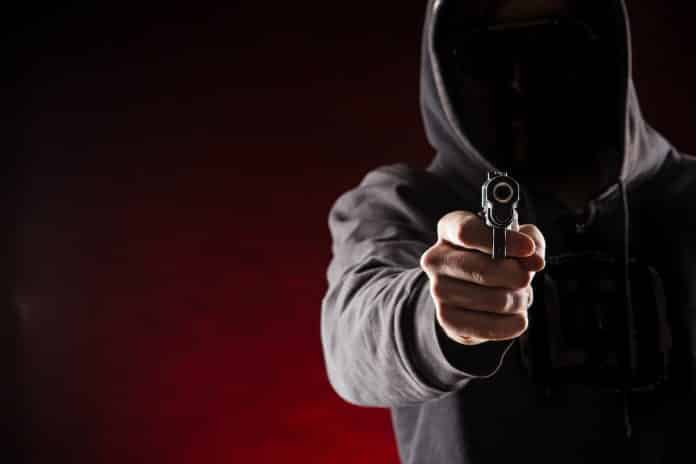 An Allentown, PA man was working on his stereo system in the back of his car about 3:00 PM last August when he was approached by two armed men who tried to rob him.

An official release describes what happened:

“[The suspect] exited the vehicle owner’s apartment and confronted the owner. Both the owner and [the suspect] began to run around the parking lot and behind other parked vehicles and both discharged their firearms. [The suspect] was struck but fled the scene. The vehicle owner was not struck by a bullet.”

The suspect was dropped off at a hospital by unidentified men where he was pronounced dead. The County District Attorney said the victim will face no charges for acting in self-defense. The accomplice has not yet been identified but the suspect was identified as having been from Lowell, MA.

Like any other predator in the wild, armed criminals will look for the easiest prey they can find and ambush is of course a favorite technique. In this case, they caught a man in a vulnerable position in the back of his car. They made a tactical error though in believing that one could leave the scene while the other handled the victim.

They apparently didn’t count on the victim fighting back who also apparently had some knowledge of how to use vehicles as cover. The puzzling part is the suspect knowing about and entering the victim’s apartment and simply leaving. Perhaps he heard the commotion out in the parking lot between the victim and his accomplice and left prematurely.

While having your own gun for self-defense is certainly preferred, picking up one that your attacker drops will also work. Notice there was no record of the victim shooting at the fleeing accomplice. That was the correct action. Deadly force is only used against an imminent deadly force threat and someone running from you doesn’t meet that criteria.

It’s very easy to lose track of what’s going on around you when you are intensely focused on a task but you can train yourself to “come up for air” every so often to take a quick glance around your situation.

This is the world we live in, Don’t leave home without it.