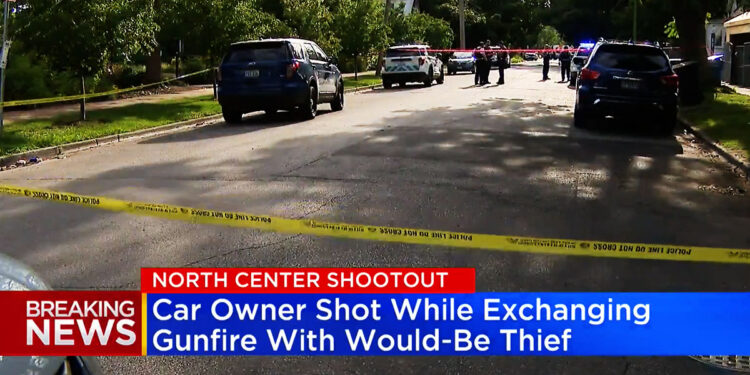 A man is recovering after getting shot in the stomach after catching another man stealing his catalytic converter.

Last Thursday, a Chicago, IL, man heard loud noises outside his home around 4:45 PM. He decided to investigate what the sound was while armed. He found a man attempting to steal the catalytic converter from his vehicle, which was parked on the street.

As he confronted the thief, the suspect produced a gun and shot the man in the abdomen. The victim, in turn, drew his own gun and fired at the suspect striking him in the arm. The victim has a valid FOID card, and Illinois concealed carry permit.

The victim was transported to the hospital and was listed in good condition. The suspect got away in a dark-colored SUV and is still at large.

We say this all the time, but it just isn’t worth it to confront someone stealing your car. Stay inside and call the police. And this is precisely why. The victim is lucky to be alive. And I’d be willing to bet that he wished he hadn’t confronted the suspect after being shot in the stomach himself.

Also, most states don’t allow you to use a gun to defend property. In this case, it seems the man fired after being shot, so the shooting was in self-defense, not in defense of his property. But this is just something to keep in mind should you find someone attempting to steal your vehicle. By all means, arm yourself if you aren’t already. But stay inside and call the police.

Store Clerk Shoots Man That Attacked Her with a Knife