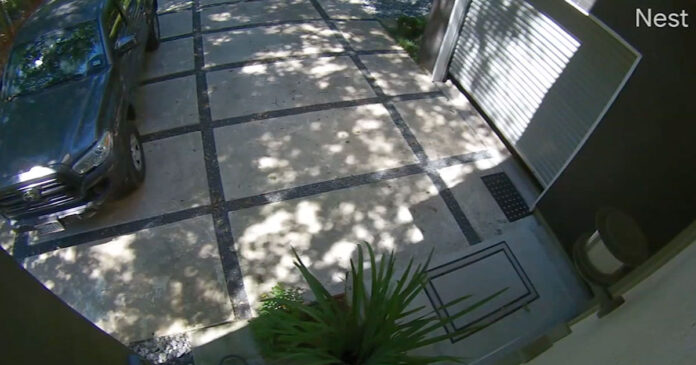 A couple of weeks ago, a father and son returned home after picking up auto parts in the family’s pickup truck. When the son realized the truck was gone, he grabbed an AR-style rifle and chased the two men that stole it a few hundred feet to the end of the street. The armed driver got out of the vehicle and on the security camera audio you can hear the son fire over twenty rounds, striking the suspect multiple times. The police found the suspect dead in the woods, but the second man escaped on foot and has yet to be identified.

At the scene, a Houston Police detective told reporters the shooter was cooperating, and at that point they would not be filing charges. Unfortunately, later the incident was the handed over to a grand jury who will determine on whether to pursue the matter against the son.

The family’s home is at the end of a road surrounded by woods and police believe the suspected thieves followed them home. If you live in a secluded area and are paying attention, you should notice someone behind you.

Texas penal code includes some interesting laws for the use of deadly force. Penal Code 9.42 states “immediately after committing burglary, robbery, aggravated robbery, or theft during the NIGHTTIME from escaping with the property”. Penal Code 9.41 says the use of force must be in “fresh pursuit”. Both parts of the law are open to interpretation and now it is in the hands of the grand jury.

It would have been a better idea to keep an eye out for someone following you and not unload an AR to stop some thieves. The shooter could end up bankrupt and in prison trying to protect $3k in auto parts.

So in case like this can the shooter be convicted cause his life wasn’t in danger?