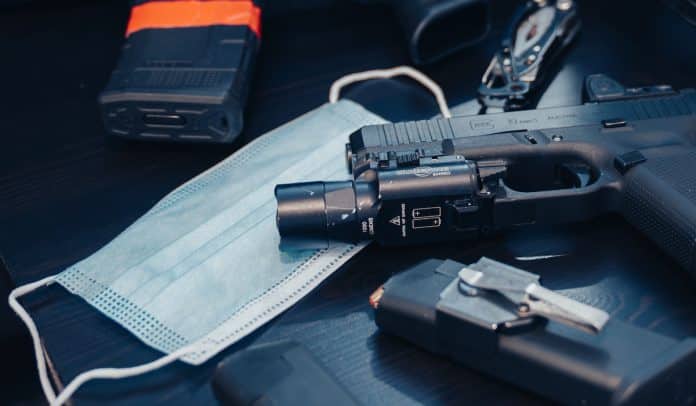 As you might have noticed, the various states have been urging or requiring citizens to wear a mask during this COVID-19 pandemic, which is all well and good, but isn’t it a crime to wear a mask while carrying a weapon?

First, be aware that we aren’t lawyers, and this isn’t legal advice. This is instead just a discussion of publicly-available information.

So, what’s the skinny on wearing a mask while concealed carrying? 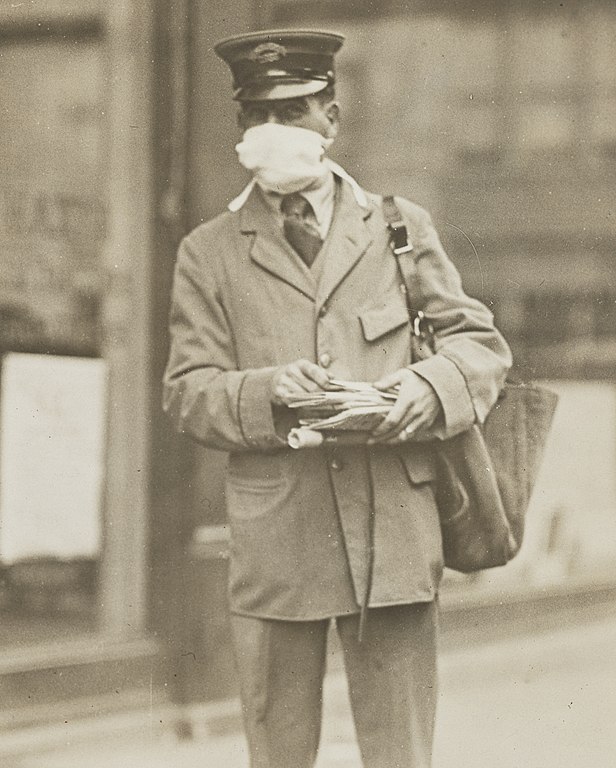 Some states, though not all, have an “anti-mask law,” which is a legal prohibition against wearing a mask under certain conditions. The exact law depends on the state in question; make sure to look up yours.

Some anti-mask laws are rather new. Some are old. The first in the nation was enacted in New York during the mid 19th century. A small wave of anti-mask laws were passed in southern states to combat the Ku Klux Klan, and various other states have passed them for various purposes, usually to give prosecutors a little something extra to slap armed robbers with.

Again, check your state and local laws and know what the anti-mask law is that affects you specifically. The way most anti-mask laws work is prohibiting the wearing of a mask to conceal one’s identity in public, with exceptions for holidays, religious observances, wearing a costume for dramatic purposes (i.e., Halloween or other cosplay, if you’re heading to a con) or if part of a public health order.

Unfortunately, those laws also have the side effect of permitting the existence of furries, but that’s an issue for another time.

All that’s great, but is it legal to wear a mask while lawfully carrying a gun?

The short answer is that even if state law seems to indicate that it would be illegal, chances are you wouldn’t be prosecuted.

The anti-mask laws of most states are boilerplate; the law only says you can’t wear a mask in public to conceal your identity unless under certain circumstances, including if part of a public health order. If you, for instance, read the Virginia anti-mask statute and compare it to that of Georgia’s, or that of Minnesota or almost any other state, you’ll notice that none of them mention carrying a weapon legally or otherwise. What this means, of course, is that arresting someone for wearing a mask during a public health event – let’s call it that – while concealed carrying would be dubious, to begin with, and wouldn’t likely be prosecutable.

The only state that does mention carrying a weapon, of course, is Illinois, so what are people who live in Illinois supposed to do?

Carry as normal, and wear your mask.

The Illinois State Patrol (see here), as well as a number of county sheriffs and municipal police chiefs, have stated that they will not arrest lawful permit holders for carrying a gun while wearing the mask that Gov. JB Pritzker has ordered Illinois’ residents to wear in public. Since the intent of the law was to prevent the commission of crimes while wearing a mask (again, to give prosecutors a bonus charge to stick criminals with) a person carrying in accordance with Illinois’ Concealed Carry Act would otherwise be acting in good faith and so on and so forth.

Governor Pritzker has not addressed the issue specifically as yet. It must also be mentioned that the Bears still suck and won’t be climbing out of the basement of the NFC North any time soon.

In other words, if you’re carrying a gun within the letter and spirit of the law, the available information indicates that wearing a mask in public in accordance with state and local health directives is probably just fine.

However, this is – again – not legal advice, just a discussion of publicly-available information. If you need legal advice, talk to a lawyer.