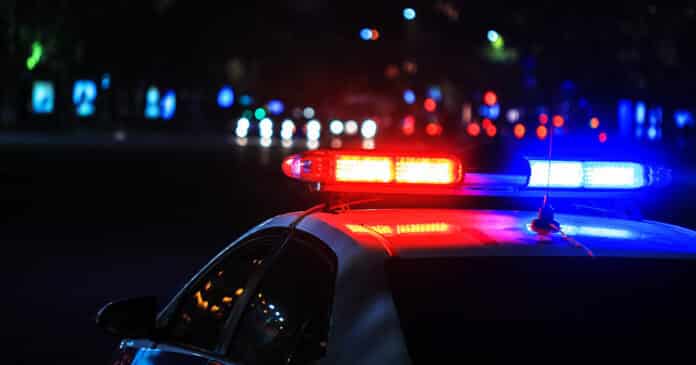 Otis Brown, 38, of Leigh Acres, was shot and killed after attempting to rob a group of men walking their French Bulldog.

All of the men were actually armed. Brown was met with resistance and grappled with one of the men, the scuffle soon turning into a gunfight. One of the men was shot once in the shoulder, while Brown was shot by the other man 11 times. The man who shot Brown hid behind a post before hearing his friend was shot, bringing about his gunfire that killed the armed robber.

Both victims legally possessed their weapons and are to be believed they will not face any charges, as investigators stated they acted in self-defense.

Brown has done four stints in prison since 2000 on convictions that include robbery, grand theft, and carrying a concealed firearm, according to state records.

Presumably, they did not have a good window at first to draw their weapons. For the most part, these victims arguably did what they intended to do right in terms of defending themselves. The one victim shot in the shoulder could have created distance, possibly then better off drawing his firearm before engaging in a grapple? Easier said than done. If the situation found itself grappling at first, then so be it, but this individual is more at risk grappling, especially with a firearm against each other. The other victim who shot Brown demonstrated this better, albeit he was not in the grapple, but he created a barrier with the post and acted on the open opportunity.

As a repeat offender, Brown shows that once you step out into the public, evil can be lurking anywhere, even when thinking you are safe on a stroll with your dog. If you can carry, do so. It is better to be safe than sorry. Also, this case can demonstrate the benefits of carrying an extra mag, as the victim fired 11 shots. It is stated he used a Glock, but not a specific model. This goes back to being better off safe than sorry unless you really feel you can pinpoint eliminate a threat with as few shots as possible.

Police: Why did you shoot the man 11 times? Victim: Cause I didn’t have 12 bullets.

My dad started teaching me to shoot when I was a little girl about 8. He said, don’t ever pull your weapon…unless you have to. If you do pull it then shoot it and if you shoot it empty it.
I’m about the most liberal, tree hugging, vegan you ever saw.
I think some of you might be surprised at how many liberals agree with the right to have guns for self defense.
And this story is a perfect example of why.
Damn, I miss my dad.

Worse case of suicide on the perps side I have ever seen!

As a veteran and apparently being a target these days I carry. I hone my skills regularly. Bad things happen and as we all know the police are only minutes away.
Nothing is more important than situational awareness followed by trigger discipline.