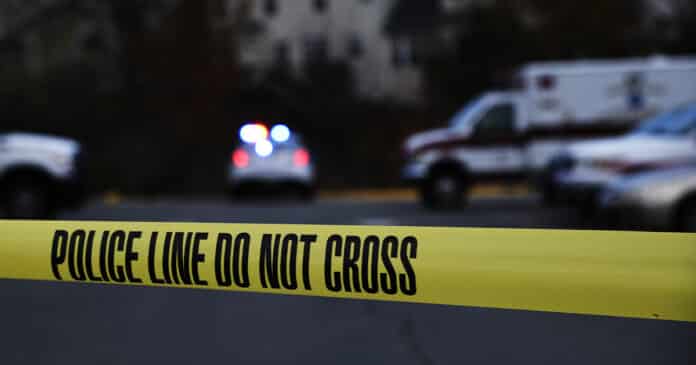 The mom was able to get to a rifle and fired multiple rounds in their defense causing the attackers to flee. One was still at large but the initial attacker was apprehended at his residence. Police noted that he was bleeding profusely at that time though the report did not indicate whether this attacker had been shot.

The attacker admitted that he had gone to the home to collect money he said was owed to him so apparently, the victims knew their attacker.

If the part about the victims owing the attacker money is even partially true then it would seem that this was a targeted attack rather than some random break-in.

Either way, this perhaps illustrates the point that a defensive weapon needs to be readily available. One doesn’t want to have to fight free of multiple attackers to be able to get to their defensive weapon. That’s a fight that could be lost.

If an attacker burst through your front door, how fast can you get to your defensive firearm? Would you have to make it past the attacker’s entry point to get to it?
Take some time to imagine how you would handle a violent break-in depending on where you are in your home when it happens. It’s likely too late to come up with a plan during an attack.  Thoroughly think it through in advance so you can be as prepared as possible should the unthinkable happen.