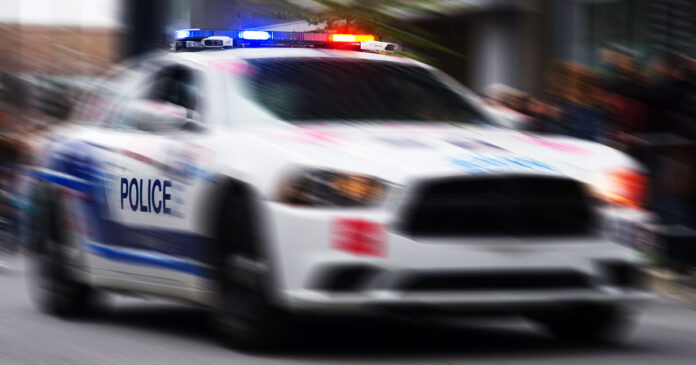 Can you imagine needing the police, and when you call 911, no one responds? That is exactly what happened when a man kicked down the front door of a home in Philadelphia.

A family was inside their home and tried to call 911 multiple times as the daughter’s ex-boyfriend attempted to get in. He kicked the wooden door so many times it broke off the hinges, and a family member who the police said has a permit to carry shot him in the chest and leg.

“He actually forced his way into the property by kicking the front door, actually kicked it completely off its hinges,” said Police Chief Inspector Scott Small.

The family told reporters they called 911 three times before dispatchers finally answered and sent police to help. Fortunately, the door lasted long enough to allow them the seconds they needed to retrieve their handgun. When the police showed up, they found the man dead from multiple gunshot wounds in the front yard. I bet the last thing the ex-girlfriend expected was to come home and see all the squad cars along with a group of police.

Wait times have become more frequent In the past year. People all over Philadelphia are voicing their concerns about not getting through to emergency services when they need them the most. It is alarming to think someone from 911 will not answer right away, and you might remain on hold for minutes.

Currently, the city has 230 dispatchers that handle 46k calls per week. They need 350 operators, but with only 30 recruits in training, it will be a difficult task for them to contend with staffing shortages. Meanwhile, employees are getting burned out caused by the long hours and stress of the job.

The Police Commissioner said, “If our recruitment applicant rate does not intensify and we don’t get our open positions filled, the PPD may have some difficulty providing basic public services in the community,”

Hearing the police chief imply things may get worse is not reassuring, especially considering the lack of qualified applicants across the country. While the city contends with the shortage of personnel, individuals will not have many options except to prepare for the worse possible scenario. There is no substitute for having an appropriate plan in place if you have no choice except to defend yourself.

Retrieve the hand gun ? keep it on you,if not ,very close to you.