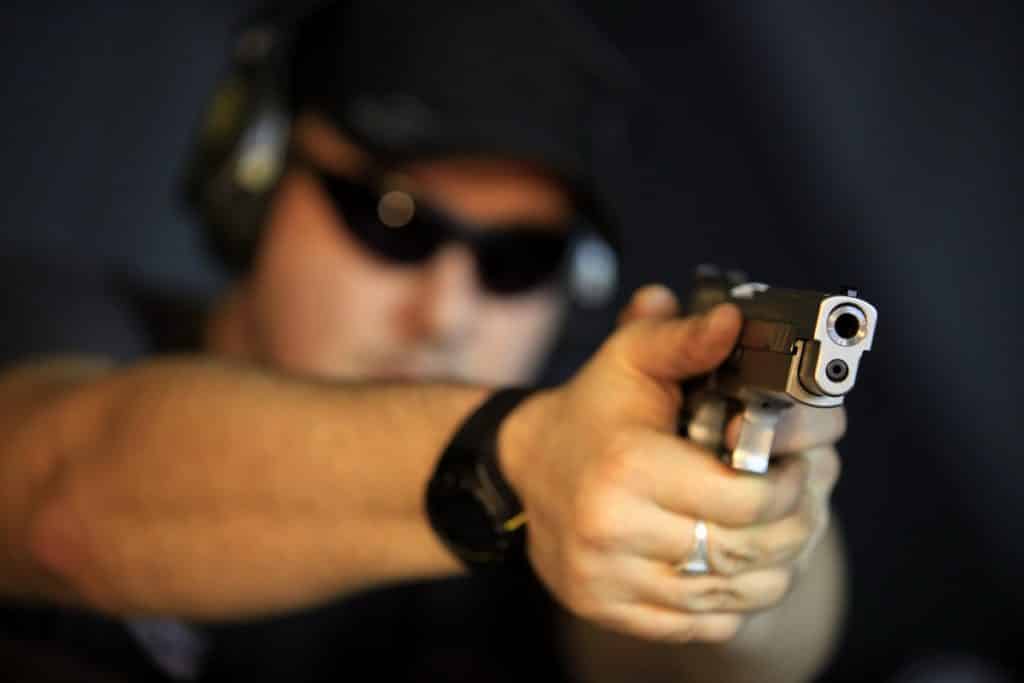 Years ago I first became motivated to contribute to the world of firearms training after experiencing an epiphany of sorts. It was after relocating to a large metropolitan area at which time I began doing most of my shooting at public ranges. The majority of my shooting throughout my life up until that point was done on private land, at private ranges, with people who were usually more serious shooters.

What was this epiphany, you may ask?

I realized that the vast majority of people shooting at any given range on any given day are doing little more than making expensive noise. Rather than developing skills, most people just waste ammo. They don’t accomplish much in making progress towards a higher skill level.

One reason for this: no training standards.

As a reader of this site, you are likely a firearms enthusiast that does significantly more training than the average gun owner, but the reality remains that the vast majority of gun owners have little training in the use of their tools and they rarely, if ever, practice.

That may not change.

Even for those motivated enough to go to the range and actually shoot their guns, though infrequently, the majority have little understanding of what they are trying to accomplish. Any amount of shooting is better than none, and if nothing else these folks are getting at least some familiarity with their firearms. However, there is nothing methodical or efficient in this training approach.

When I see the many folks at the range burning ammo, I see common trends: shooting at very close ranges yet not making accurate hits on even larger targets. Never even attempting to build any sort of speed. I see fundamental problems with grip and trigger press. Rarely does anyone actually draw and work from the holster, and even more rarely from concealment. Most of these people are shooting defensive handguns, so I presume they keep these guns in drawers and safes for home defense, and perhaps even carry them. However, the importance of the matter for which they keep these weapons in no way translates into how they are practicing.

Any good shooter adheres to training standards. Without standards you can’t measure your current skill and you can’t measure skills growth. Shooting at a paper plate at five yards with absolutely no time constraints is not effective training. Using specific drills as training standards allows you to gauge your current skill level and it will enable you to set goals for skills development.

A standard is very different than plinking. Rather than firing randomly, with all the time in the world, at a paper plate that is five yards away strive to build skill. Perhaps your initial goal is to draw your gun from concealment and place five shots on that plate in three seconds. Setting a standard has now turned unproductive plinking into a training goal.

Standards of Combined Time and Accuracy

While there are any number of training standards that one can pursue that are entirely accuracy based with no time constraints I am a firm believer that timed standards are absolutely required for skills growth. I hear a lot of people say “I have never seen a timer in a gunfight.” If you think there are no time constraints involved when a person is trying to kill you then you are being disingenuous. Accuracy is vitally important but means nothing if you can’t put rounds on target at a reasonable speed.

That would perhaps depend on the fight, but faster is typically better when a human predator is trying to harm innocent lives.

Training standards that are relevant to defensive shooting should incorporate accuracy and speed. There should be clearly defined accuracy requirements and speed requirements. Shooting groups where all holes are touching is typically not what is needed at close range defensive scenarios, but keep all rounds within a softball sized group is certainly reasonable.

This in itself is not much of a challenge: until you do it quickly.

Typically we can conduct training drills with a shot timer or even use the automated and timed carriers available in some ranges which can be set to present the target for a specified amount of time, then again turn it sideways. The combination of an accuracy standard with a time limit allows us to set goals and gauge our growth.

Two of my favorite drills which can do a lot for you to assess your skills development are the well-known Bill Drill and the Mozambique.

The Bill Drill (named after shooter Bill Wilson) calls for a draw from concealment and six rapid shots fired within the eight-inch circle of a typical IDPA type target or USPSA target A Zone, at seven yards. A great initial goal for this drill is to be able to do it in three seconds. After reaching the three-second goal work towards two seconds. The Bill Drill forces you to track your sights under recoil and control the gun, bringing it back on target efficiently.

The Mozambique drill (sometimes referred to as a failure drill or similar) calls for the draw of the concealed handgun and the firing of two shots to the center chest followed by a single shot to the head, at seven yards. This drill requires a fast presentation and double-tap followed by a more precise shot fired to the head. An initial goal of three seconds is a good start here as well, and with significant practice, it can be done in under two seconds.

Many great drills can be done with a single target at short distances, and these are just a couple of examples. Doing several of these timed drills during each range visit allows you to assess your progress and set your goals, thus forcing you to strive for skills improvement every time your shoot.

Even if you are limited to shooting at very restrictive ranges, which is the sad reality for many people, you can use some training standards to improve your skills.

Some ranges don’t allow drawing the gun from the holster or don’t allow more than one shot per second, or other such utter nonsense. If this is all you have available then practice your draw at home with dry fire but at the range still set standards.

Give it some thought and set some training standards for yourself, it will encourage far more skills development in your shooting.

Yep, two to the chest, one to the head, and if you’re as twisted as I am, one to ring the ol’ junglebells just for good measure. Nothing like adding insult to injury…or death. Heh.

Jim Cirrillo did a lot of bullseye shooting. I don’t know if he did the type of training McLovin specifies. I don’t think he wasted ammo. I think another good training method is hunting small game, like squirrels and rabbits. Rats at a dump are good too, Aim small, miss small.