The Need for Combative Skills as a Handgunner 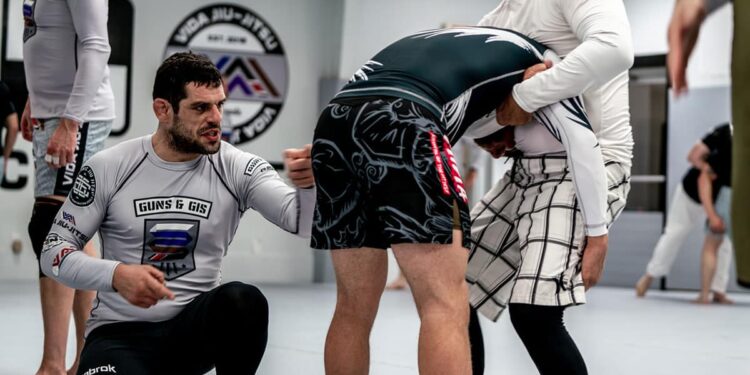 I can’t tell you how many times I have heard the same outrageous quip: “I would just shoot’em.” Or, equally troubling, “I carry a gun so I don’t need to fight.” This will ruffle some feathers, but if you carry a gun so that you don’t need to know how to fight, the gun is a talisman rather than a tool. The operative word in “gunfight” is fight, not gun. A firearm is only a force multiplier, a tool to more effectively accomplish a given task. In the world of violence and personal protection, relatively few tasks fall into the scope of where the firearm is justifiable in use. The gun should be a tool in the overall defensive toolbox, not the toolbox. Unfortunately, many gun carriers lose sight of this and focus too heavily on the particular tool.

The reality is, handgunners need empty-hand combative skills. You need at least rudimentary unarmed fighting skills and you should preferably have training in edged weapons, impact weapons, and less lethal tools as well. Beyond this, having training in emergency medical is, arguably, more important than any of the other skills involved in personal protection. Here, though, we will focus on the importance of unarmed fighting skills in particular:

Disparity of Force and Simple Assault

Before I get flamed in the comments by people telling me that they are physically disabled and thus can’t be expected to fight with their hands, no problem; this is an entirely legitimate issue and people who have physical limitations face what is referred to as “disparity of force” when dealing with hostility from able-bodied individuals. For this reason, disabled or elderly people, or females facing violent male aggressors, are justified in using a higher level of force than able-bodied and equally matched combatants.

For situations where no such disparity is present, going directly to deadly force, such as the use of a blade or gun, against a “simple” assault that is violent but not deadly, is a sure way to end up in prison. A deadly force reaction is only justified against a deadly assault. Thus, combative skills prove essential for all, and perhaps especially, able-bodied defenders.

If you are physically healthy and you roam the world wearing a gun, but have no empty-hand fighting skills, you are fooling yourself into a false sense of security and, worse yet, you are more likely to use excessive force if you lack any confidence in your unarmed skills. Having confidence in your ability to handle a simple assault from a single, unarmed assailant of equal physical stature is essential in order to ensure that you don’t escalate to a higher degree of force than what is justified. However, beyond the issue of needing hand skills to deal with non-lethal assault, you absolutely need hand skills to deal with lethal assaults as well, even though you carry a gun. I will explain:

The notion that a firearm is all that you will need if dealing with a deadly attack is absurd for several reasons. Yes, the handgun proves the most effective tool for dealing with deadly violence that can be carried concealed, but that presumes that you can actually get the gun out and into the fight without first earning the draw. The idea that only a gun is needed, with no further skills in other disciplines, comes entirely from an untrained perspective. Much violence in the real world occurs at contact distance in which the aggressor can actually make physical contact with you. Trust me when I tell you, I have trained extensively in weapon retention techniques, but a powerful and determined adversary who is at contact distance can quite easily get their hands on your gun and disarm you. Once both parties have a hold on the gun, there are no guarantees no matter how good you are at retention techniques.

Contact distance violence is a primary concern in self-defense and hand skills are a must for this niche no matter what tools you have on you. The fact is, at contact distance, you will need to earn the draw of your gun by creating momentary space from your attacker in order to produce the tool. Even a rudimentary skillset in striking and grappling will help you do this. However, having no such skillset and relying on luck to allow you to get the gun out is setting yourself up for failure of the worst kind.

Beyond even earning the draw, a carried gun does you no good if you are ambushed and can’t block the incoming blow. Think of a form of violence like the insidious and despicable knockout game that we have witnessed in big cities; what good does your gun do you if, while walking down the street, you see in your perirenal vision a thug lunge toward you with a sucker punch? What is immediately needed is a trained response of protecting your head in a default defensive position, and an offensive response of strikes to gain distance and perhaps go to the gun if justified at that point. Without this skillset you will be knocked unconscious before you are ever able to produce the gun.

The firearm is only one tool within the toolbox of self-defense. It is an essential tool and the only tool capable of dealing with certain forms of violence, but the gun alone does not equip the individual with a thorough defensive toolset. If you have no training in combatives, certainly, seek this training out. Such training will do most concealed carriers far more good than another trip to the range. You certainly don’t need to become a UFC competitor, but basic training in unarmed defense is an essential skill for anyone who prepares for violence.

Editors Note: Interested in getting some combative skills but don’t know where to start? Sign up for the Guns & Gis Immersion Camp which is a three-day tactical firearm and Brazillian Jiu-Jitsu course. Click here for more info and available dates.