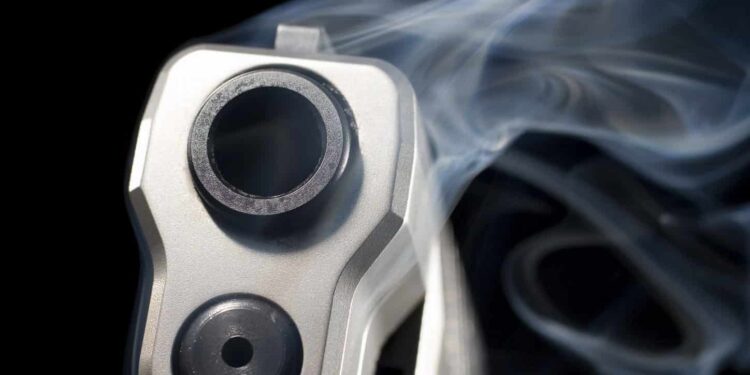 I want to share with you an email from a gentleman named Roger. I got Roger’s permission to share this and I think it’s important for every gun owner to read.

Here’s what Roger sent me…

After 56 years, I thought I understood the 4 rules about safe use of a firearm:

1) Always treat a gun as if it were loaded. Duh…
2) Always point a gun in a safe direction. Yeah Duh…
3) Know your target and beyond. Super Duh…
4) Keep your finger off the trigger unless you intend to shoot. Of course!

Not until the other morning did I fully understand how important and inspired they really are.

Just like every night, I take out my Glock, put in a full mag, lock and load one round, eject the mag, put in a second full mag, and place it close but in a safe location.

Now, the other morning I was a little groggy and started the unloading procedure. In my grogginess I forgot to remove the mag when I racked the slide in order to eject the loaded round and when I pulled the trigger there was still a round in the gun. I had my first accidental discharge. Shot a hole right through the mattress!

Suffice it to say, it scared me to death! Luckily my wife was gone to work having just left 30 minutes prior. What if she hadn’t had to work that morning? I realized then that I had broken all four of those dumb gun safety rules! I took about an hour contemplating the whole situation as it really shook me up.

I have a new found understanding of the rules importance and a new dedication to their strict observance!

Roger (I have removed his last name)

Well, there is no need to criticize, I’m sure Roger will never do that again. Obviously, everyone hopes to never have an negligent discharge, but as this proves, they unfortunately do happen. Also, I’m really glad Roger’s wife was at work and nobody was injured.

Since safe gun handling is so critical, I’m going to share with you what I do when loading and unloading my gun. First, I have a bulletproof panel that I use every single time. When I unload the gun I make sure it’s pointed at the panel so if I ever had an negligent discharge it would go into the panel and nowhere else.

The second thing I do may sound corny, but here it is: When I am loading or unloading the gun, or even when I am removing it from my holster to put it in a safe, I watch the muzzle as if a snake were about to jump out of it and if it catches me off guard it could kill me.

In other words, I closely watch the muzzle to ensure I am not pointing it anywhere it shouldn’t be. I don’t take my eyes off of the muzzle until it’s in the safe, pointed directly at the bulletproof panel or is loaded or unloaded.

Also, if you don’t already own one yet, I highly recommend you get yourself a bulletproof panel. There are many places online you can get these and they’re a very smart investment for all gun owners.