The “1 percent” comes in piece.

Dozens of New York City’s billionaires, real-estate moguls and Wall Street CEOs are really loaded, according to the NYPD’s gun-permit list obtained by The Post under the Freedom of Information Act.

Billionaire cosmetics heir Ron Lauder — who once dumped $4 million of his own cash on an effort to install term limits for city pols, only to do a complete 180 and back anti-gun zealot Mayor Bloomberg’s third term — also packs heat. 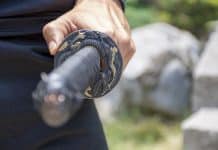