Open Carrier Robbed of His Gun at Gunpoint 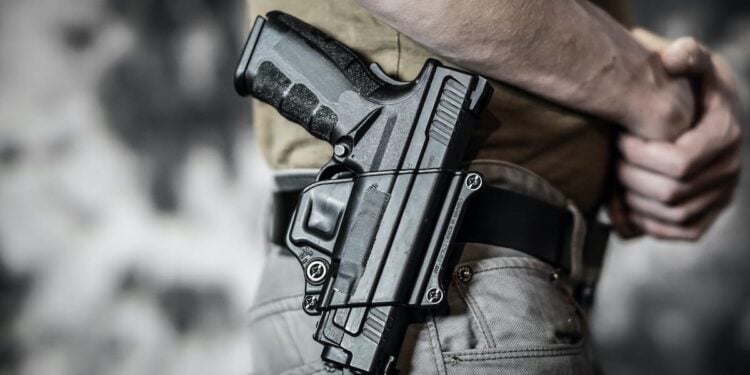 I will start off by saying that I do think that open carry should be legal and in my opinion it has its place. Personally, the only time I open carry is when I am hunting. Other than that, I carrying concealed 100% of the time.

There are plenty of heated debates between people that open carry and ones that carry concealed with plenty of different reasons given on each side.

One that I see over and over is that open carry deters crime. I don’t really agree with that one and this is a perfect example of it NOT deterring crime.

Not far from where I live, a 21-year old man was walking around with a gun on his hip (open carrying.) Two teenagers spotted him and decided they needed another gun. So they brandished their own firearm and robbed the man of his own gun.

The suspects fled on foot but were apprehended by police officers shortly after.

So what are your thoughts on this? Do you open carry? Or do you carry concealed 100% of the time? To each, his own but I will be carrying concealed unless I’m in the woods.