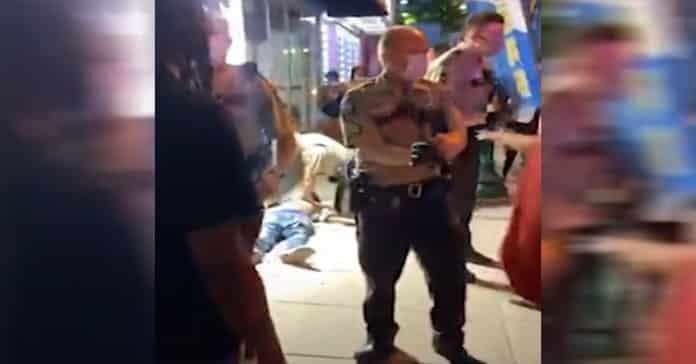 Lots of news has come out of Minneapolis, MN covering the civil unrest and George Floyd Riots. One that stood out to me was the story that the owner of a Pawn Shop shot and killed a suspected looter sometime during the night of May 27, 2020.

There weren’t many details when I first came across it other than a few videos on social media that showed a man lying on the sidewalk as police officers rendered aid.

You can hear someone say that someone was in the pawn shop with a rifle shooting. So, was this man struck by a stray bullet? Or was he inside the pawn shot and shot while the owner was defending himself and the business?

We won’t know this until more details come out. But that brings up the question, would the pawn shop owner be justified in defending himself and his business if it was being looted.

Disclaimer: I am not a lawyer.

With that out of the way, we first have to look at whether or not Minnesota is a castle doctrine state and if they have a duty to retreat.

“Minnesota isn’t a stand your ground state. Rather, it’s a duty to retreat state which means that you must back away from confrontation if it’s possible. The state doesn’t have a castle law per se, but it does recognize the principles of the doctrine because Minnesota law allows you to use deadly force, including shooting an intruder, to prevent a felony from occurring in your home.”

Now, notice it says, “occurring in your home.” So, this obviously took place in a business. So how does this apply?

“Duty to Retreat: If the defendant isn’t in their home, Minnesota’s self-defense law requires a “duty to retreat” before using deadly force, but only if retreat is possible and it doesn’t put the person into more danger. Deadly force isn’t authorized (outside of the home) unless there’s a reasonable belief of “great bodily harm.”

So, did the business owner have a way to retreat if his shop was getting looted? If so, would be required to do so, or would retreating put him in more danger? This will be an interesting case to follow as more details come to light.

When rioting and looting like this occurs, businesses are put at risk of losing their livelihoods or defending them against looters looking to senselessly damage property and steal merchandise. I can only hope that all of this ends soon as these business owners had nothing to do with the George Floyd case.