Formerly, the method of combat shooting that entirely more than anything else was point shooting, which does not employ handgun sights. The Modern Technique developed by Jeff Cooper, disseminated by Gunsite and taught across the world, is undoubtedly the dominant method taught today and for a good reason.

So is there any reason to learn point shooting anymore?

There actually can be. It was primary combat shooting method if practiced correctly but it does, rest assured, have some glaring limitations.

It Is Not The Same As Hip Shooting 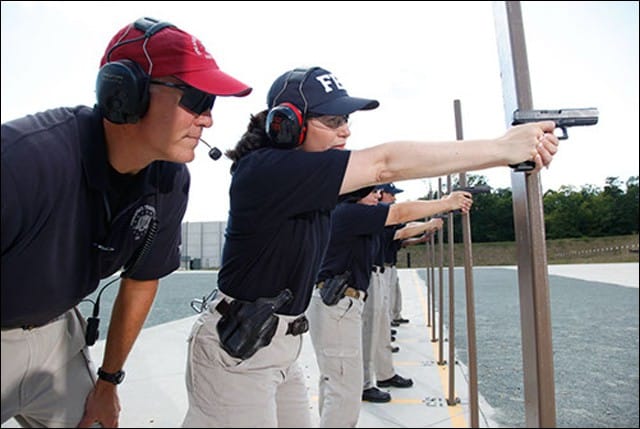 Don’t confuse point shooting with hip shooting. The latter is a whole other category, reserved for shooting exhibitions and those with the uncanny ability to do it.

A person can learn to shoot from the hip with accuracy. Scary accuracy, even. Find footage of Bill Jordan or Jelly Bryce, and you’ll see people with abilities that are uncanny. Ed McGivern was also known to shoot by feel with unbelievable speed and frightening accuracy.

Much can even to come close through assiduous practice, but these guys were outliers. The average Joe or Jane may not be able even to come close. Thus, we must distinguish between the classic point shooting technique and shooting by feel, which is entirely different. 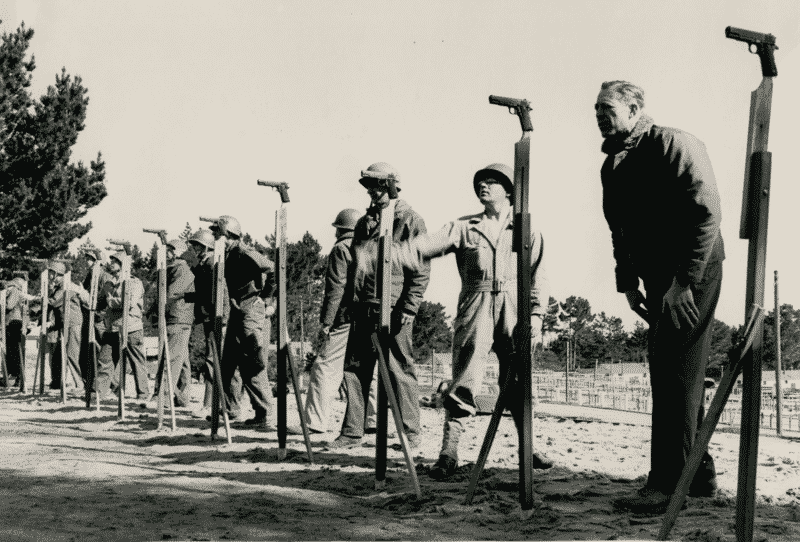 The classic point shooting technique is reasonably logical and was proven useful in the field.

The basic method is to assume a combat crouch, with the pistol held at the low-ready position. The shooter’s body should be facing the target, with the shoulders squared toward it.

When ready to fire, the gun is brought up – never pushed forward or down; this will only cause shots to hit low or miss – with the arm stiff, wrist and elbow locked, until the gun aligns between the eye and the target. You bring the gun up, so it’s between your eye and the target, then squeeze.

In some instances, shooting without aligning the gun and the target may be necessary. In these instances, the gun should be “inside” the body, preferably in the center of the shooter’s chest with the shoulders square to the target, the elbow tight to the ribs and in a combat crouch.

Acquiring a different target requires pivoting in either instance. You step with the furthest foot from the threat and pivot around the closest foot.

The principles are simple, but sound. By aligning one’s body with the target, the gun is aimed at the threat, and you will hit what you’re aiming at. It was found to be very effective at combat distances and is still taught in various police departments and military forces around the world for that very reason. 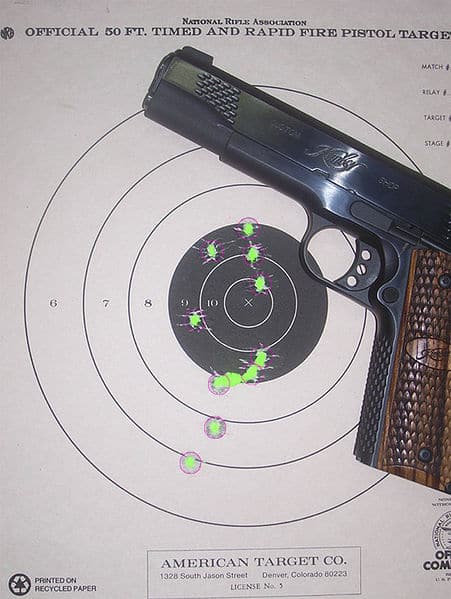 However, point shooting is not without its limitations. The Modern Technique is more accurate, as not only is the gun brought on target, the sights are as well. The front sight press won’t shoot cloverleaf groups in nanoseconds, of course; both methods are for combat shooting, not Olympic pistol events.

This is a primary reason why the Modern Technique became so popular; it allows for quick target acquisition while maintaining combat accuracy and at greater distances.

However, point shooting at very close distances, say 15 feet or fewer, can be very fast and accurate. Since this is the distance at which most defensive shootings occur, a person could indeed learn it and be able to defend themselves.