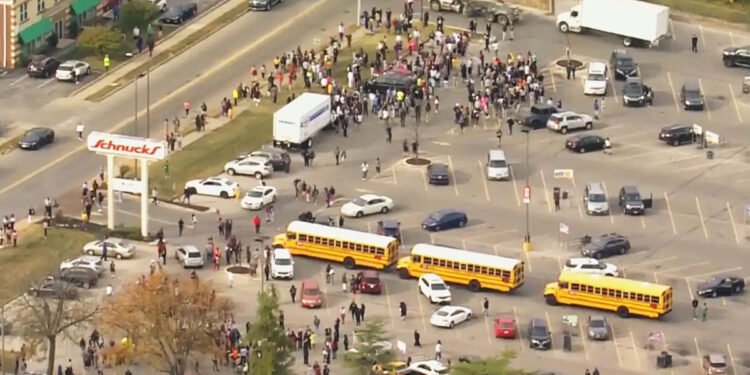 A high school shooting suspect is dead after police entered the school and put an end to the threat within minutes of receiving the 911 call.

An unidentified man in his 20s entered a St. Louis High School this morning with a “long gun.” There aren’t many details of what transpired yet. It is being reported that he wounded seven people and killed two. The police received a phone call reporting the shooting around 9:10 AM.

Within minutes, the police entered the school and ran toward the gunfire. They located and engaged with the shooter, who was fatally shot. No police were injured.

St. Louis Public Schools stated that eight people, including at least two students, were transported to the hospital. One 16-year-old student told the media that she was alive because the suspect’s gun jammed.

“All I heard was two shots, and he came in there with a gun. And I was trying to run, and I couldn’t run. Me and him made eye contact, but I made it out because his gun got jammed. But we saw blood on the floor.” via FOX NEWS.

This is a developing story.

Your Home Defense Plan Should Start At Home Depot

Your Home Defense Plan Should Start At Home Depot