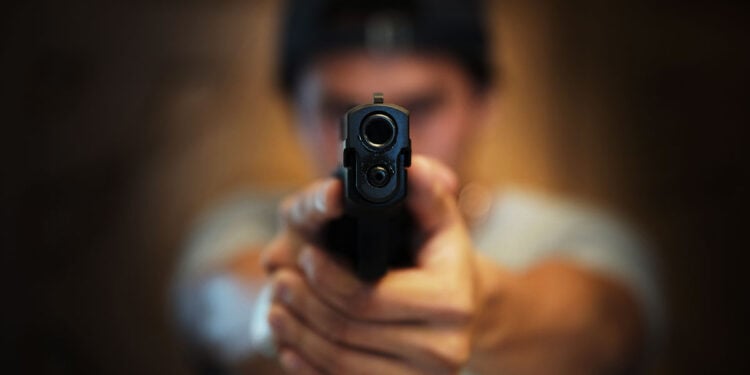 A road rage incident could have turned much more violent, with one of the men wielding a knife. But a passerby decided to intervene.

It is unclear how this road rage incident started, but two men were stopped at a red light in Wichita, KS, on a recent Friday night. The vehicle in front reversed into the vehicle behind him. The two men then got out of their vehicles, and a fight ensued. One of the men then pulled out a knife.

Another man driving down the interstate witnessed what was happening and pulled over. He drew his legally owned gun and held the man holding the knife at gunpoint until police arrived. The two men that were fighting were treated for injuries sustained during the fight at a local hospital. The man that had the knife was arrested on suspicion of aggravated assault and criminal damage to property.

We are aware of an incident at I-135/21st St North. Nobody has been stabbed. One suspect is in custody.

Our preliminary investigation shows this was a road rage incident with an accident.

We will provide more as the information becomes available.

We discuss this a lot when covering defensive gun use stories. When you strap that gun on your waist and head out the door for the day, who are you willing to use your gun in defense of? Yourself? Loved ones? People who you don’t know? The Good Samaritan in this incident was brave to interject himself into an incident he wasn’t involved in and potentially saved another man’s life by doing so.

Another issue is that you may not know the full details of what happened and who is who. You could find yourself pointing a gun at the good guy mistaking him for the bad guy. We go into this a lot more in the article below, so give it a read.

Do You Practice Fine Accuracy with Your Defensive Handgun?