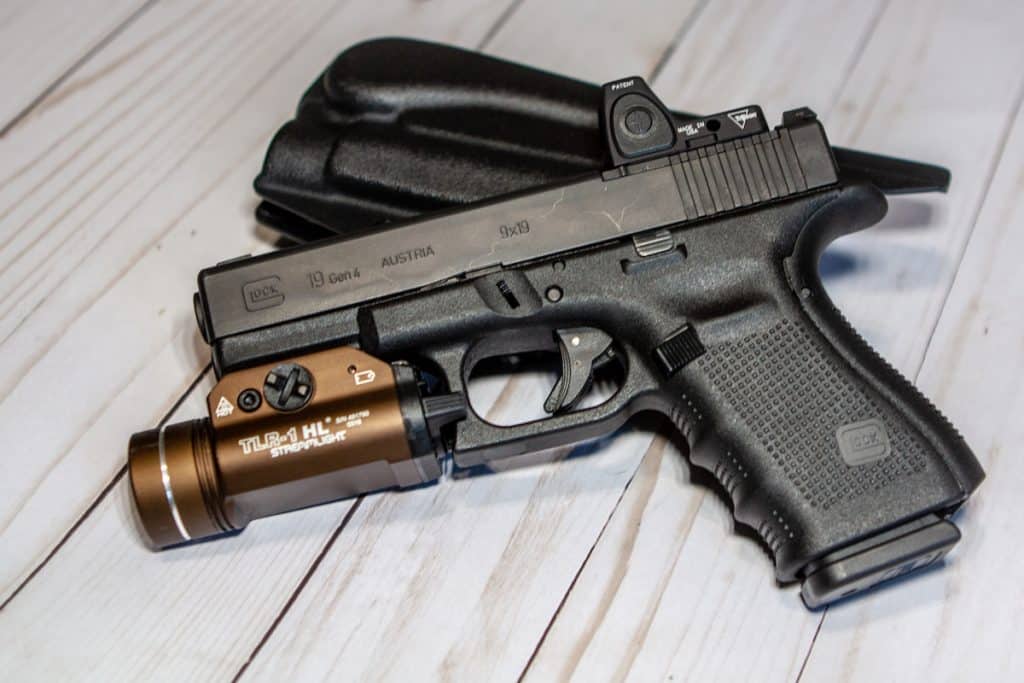 As surprising as this may sound to some concealed carriers, a lot of Americans purchase handguns that they never fire – not even a single round. Yet, many people depend upon the idea of these guns saving their lives in a dangerous situation.

here is something unique that you discover when you shoot a handgun. You learn how that handgun works in your hand, with your posture, and your shooting style that is wholly you. From the factory, most modern handguns are made to very strict standards. They are made to be dropped with a round in the chamber and not go off — though you shouldn’t test this concept with live ammunition. They are made to be shot tens of thousands of times without breaking. Many are even able to shoot overpressurized rounds even if they say they’re not rated for them. Through the design, testing, and production of a gun, a company has to consider costs — both their margins on selling to distributors and the point of sale at an average gun store. Unsurprisingly, every gun company learns to cut corners. The degree to which the corners are cut depends upon the manufacturer.

This leads many handgun owners to need to modify their existing guns to get them to an ideal place. An ideal place for a handgun — especially a concealed carry handgun — is one where the shooter feels confident he can draw, quickly aim, fire, and reload. That is what is required to survive. To this effect, modifications may be in order. In this article, we include a few basics that are easy to do and can completely change for the better your shooting experience.

Custom grips can either come from the manufacturer or aftermarket. In the rush to put out a gun that’s affordable and mechanically sound, a lot of gun companies drop the grade and severity of grip texture. Grip texture is important. The pistol grip of your handgun is the first thing you’re likely to put your hand around in a life-or-death defensive gun use scenario. Your hand may be sweaty, clammy, or even wet by the time that happens. A rugged grip helps you get a good firm hold over the gun.

There are factors like aesthetics that also come into play. It’s a concealed carry handgun. The only time anyone outside of you is likely to see it is if you need to draw it. That said, you can get some very attractive grips that have advanced texture built in. It’s an easy modification to make to an everyday carry pistol and well worth the money.

Night sights glow in the dark. In low light situations, this makes it easier to line up your front sight post with your rear sights. That equates to less time lining up sights and more time acquiring your target.

Tritium is a radioactive isotope. The half-life of Tritium is around a decade. The good news is that even though it’s radioactive, it’s not altogether harmful to people in the amounts used in most night sights.

Smooth trigger pull and reset. That’s what everyone wants. What we tend to get, out of the factory, is anyone’s guess. A flat bar trigger assembly is usually an inexpensive, easy modification to your concealed carry handgun. Its benefits aren’t altogether noticeable beforehand. If you ask your average concealed carrier whether an after-market flat bar trigger is a good move, you’ll probably get a lot of shrugs.

It is. It absolutely is. You need to put trigger time on your gun if you’re going to use it effectively in a defense situation. That trigger time will educate you on precisely why a flat bar trigger is a better experience.

Red-Dot sights can accelerate target acquisition. Put simply, red dot goes on target, you pull the trigger, bullet hits red dot. Now, there’s a bit of work beforehand that goes into all of this, but ultimately, if done correctly, that’s precisely how the handgun works. In an actual self-defense situation where you have seconds to put rounds on target before bad things happen to you, you want to keep it simple.

There are quite a few others — like accessory flashlights — that take a concealed carry gun from average to great, but ultimately this knowledge comes from practical application. Shooting your concealed carry handgun regularly will build a good idea of the things you enjoy about the gun and things you would like to see improved. Just like a good relationship, that gun should evolve to meet your needs as you commit it to regular practice.