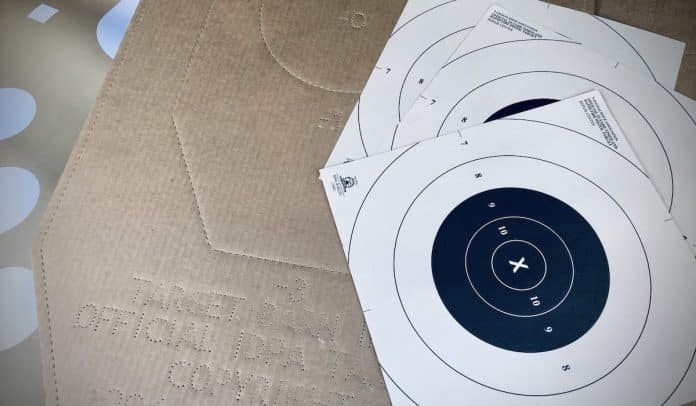 Hopefully, you have all hoarded enough ammunition to last for a while. Perhaps now, you should switch your focus to targets. Now that things are opening back up and we can shoot again, we need something TO shoot at after all. Here are some of my favorites, where to get them, and how to use them. 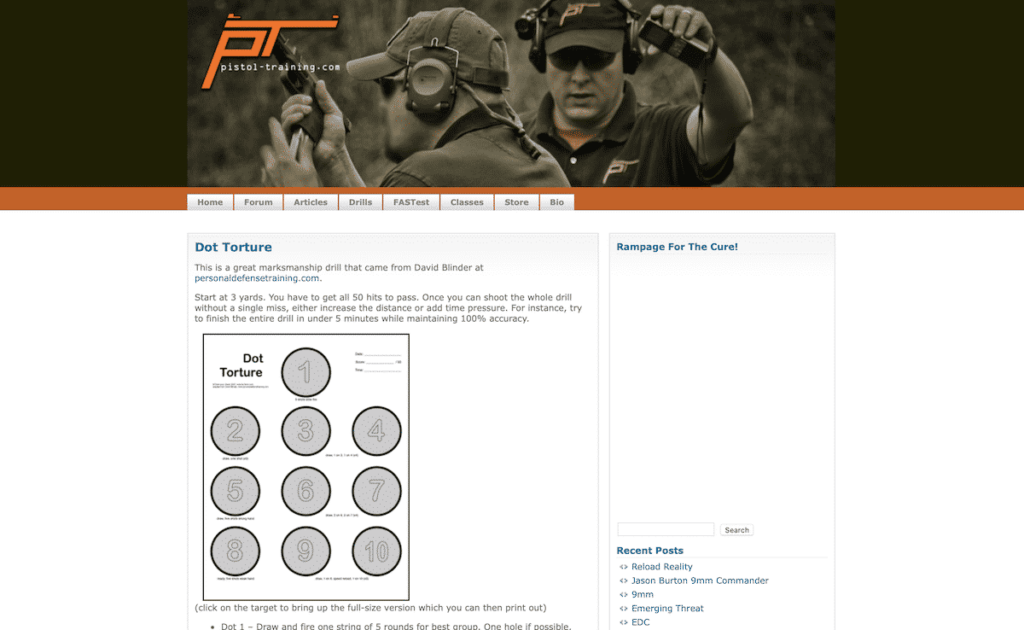 For the ultra-budget conscious, there are free targets out there that you can do quite a bit with. My favorite place to get free targets is pistol-training.com. For those that may not know, the Dot Torture target that we see almost everyone shooting came from pistol-training.com. There are also various other targets associated with the different drills on the page. Most of them have uses outside of the specific drill they were intended for as well.

While you are there, be sure to read through all the old blog posts when you have free time. Todd Green is no longer with us, but his contribution to the training industry was huge, and his contribution to my own shooting through his blog was significant. Get your learn on and read up while “working from home.” It is a treasure trove of information on performance-driven shooting. 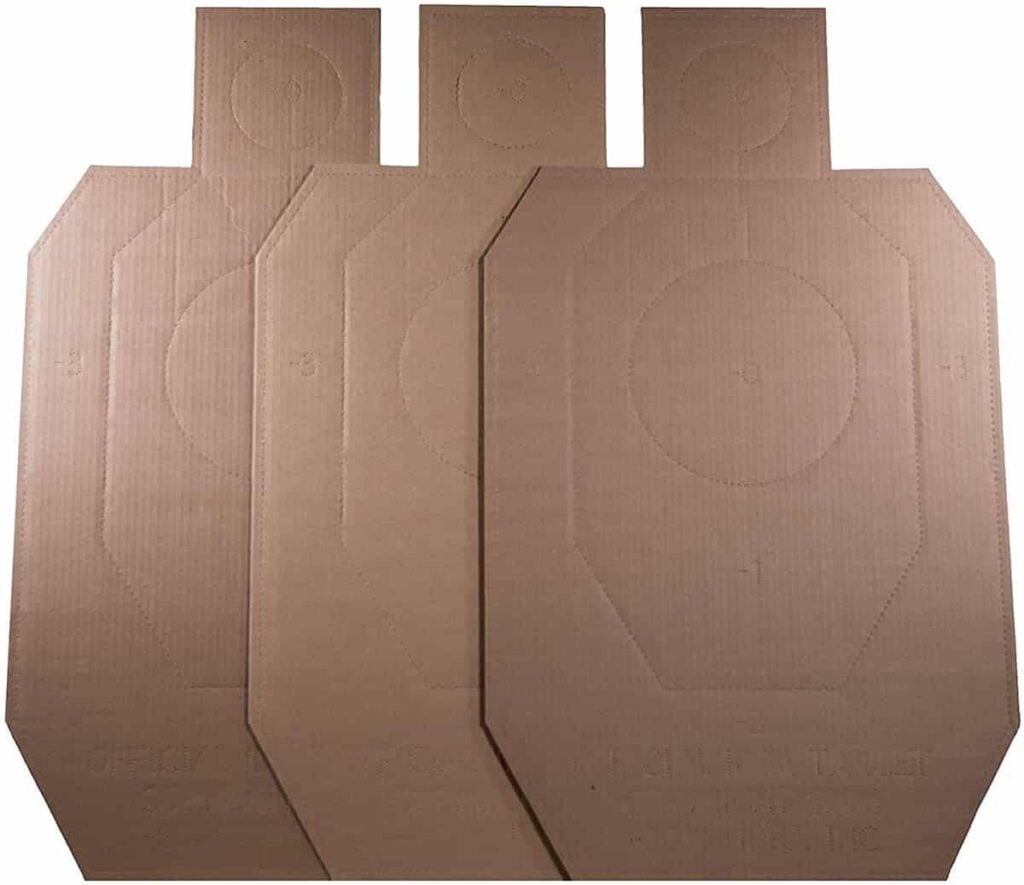 These targets are of course the usual standbys. They are mostly useful because they are cardboard, and everyone else uses them. It makes it easy to track performance relative to a larger group of shooters if using the same target and the same drills. Since these targets are so popular, many of the common drills we shoot were intended to use these targets. My personal preference is the IDPA target as I prefer the slightly smaller 8” -0 zone to USPSA’s 6”x11” A-zone. Really though, they are both good targets. Best bet, buy in bulk (at least 100 targets), and don’t forget the pasters. A single cardboard IDPA or USPSA target can last quite a while if misses are pasted between drills. I usually buy from luckygunner.com because they ship really fast and are price competitive with everyone else. They are available all over the place though. 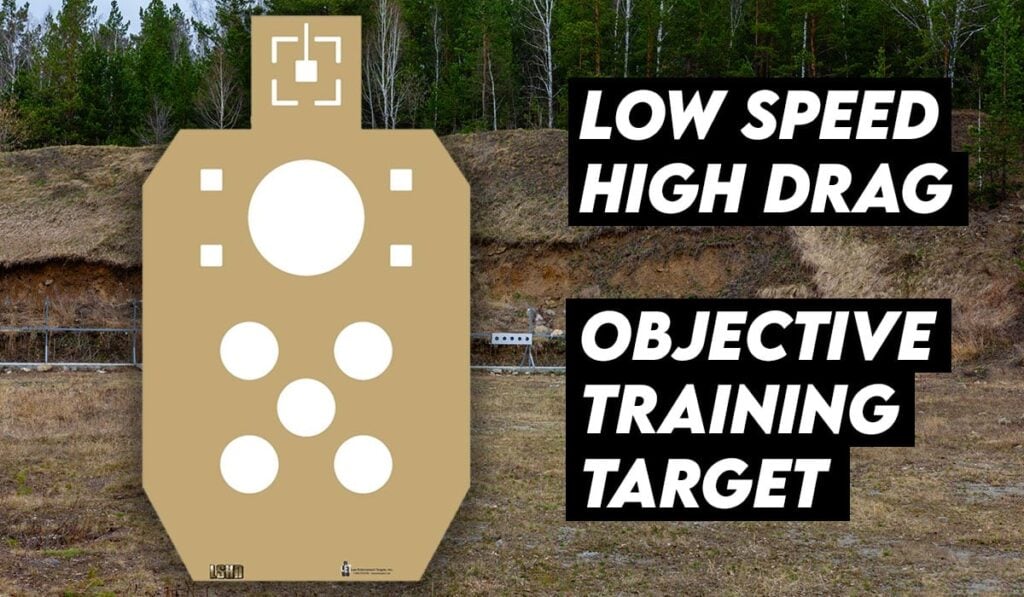 This is one of my favorite practice targets. This target is what is called an overlay target. It is the same size and shape as both IDPA and USPSA metric targets. This allows it to be placed on one of those targets as a backer. This is pretty handy if you also use those types of targets. On the LSHD target is a 5.5” center circle that is the same size as the 9 ring on a B-8 target. Below that are five 3” circles, and on the edges are four 1” squares. The head of the target has a box with a 1” square in the center. The different options allow for various variations of drills. It works really well for running 3-2-1 drills, Press Six, or a ton of other really good drills. The 1” squares are also handy for confirming zeros. You can hit up Protective Shooting Concepts for these targets. They bring quite a bit of versatility and flavor to a practice session.

(Editors Note: Protective Shooting Concepts no longer sell or list the targets on their website so I’ve removed the link.) 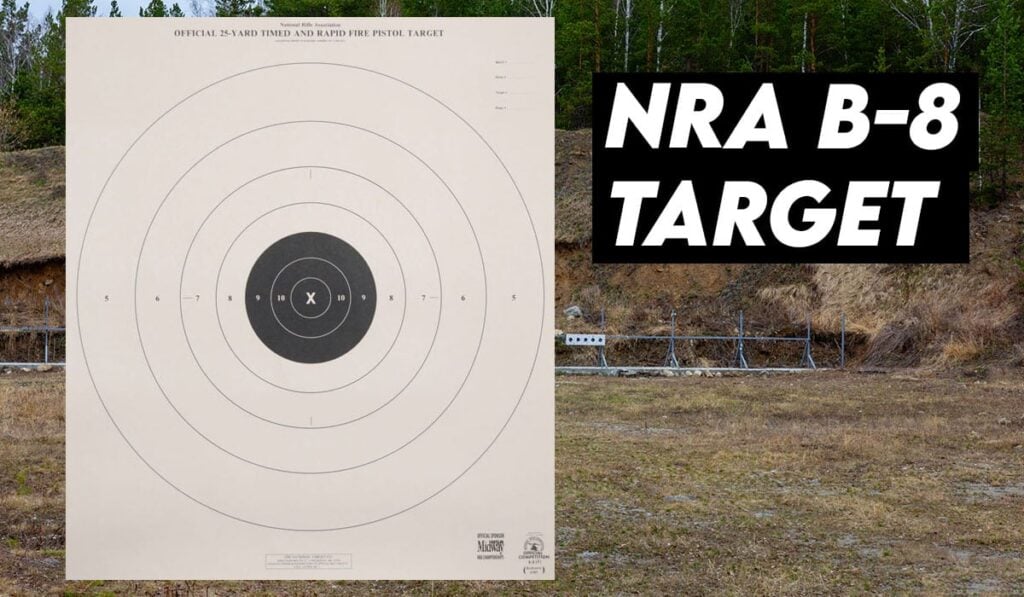 The one target type that isn’t yet covered is a bullseye. The standard bullseye for most things pistol shooting is the NRA B-8. It comes in a couple of different flavors. The full B-8 is available from a few online target vendors. Most people just use what is called a B-8 repair center though. It is basically just the 8 ring and in. Sometimes the full B-8 is handy to have, most of the time it isn’t really needed though. If you don’t want to buy B-8’s, there is a printable version available for free HERE. The printable version is the equivalent to a repair center.

What are your favorite targets? Hit us in the comments.