by Salvatore
in Articles, Training
0 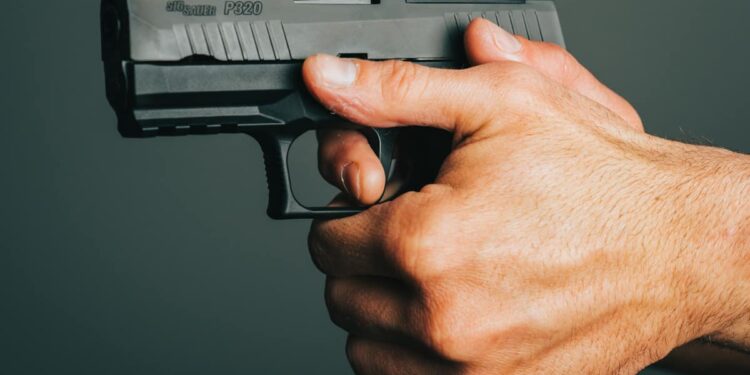 One of the greatest misunderstood concepts among beginning shooters is how to manipulate the trigger of the handgun to “reset,” the point at which the mechanism actually resets itself so that it can fire again. If, after firing the first shot, you let the trigger out and press again before the point at which the trigger resets, you will have a dead trigger that does not fire the gun. The confusion regarding reset, however, relates to the idea that by letting the trigger out only to the point necessary, and not beyond that, we minimize the motion of the trigger finger and thus enhances speed and accuracy. It is within this framework that many issues can arise as new shooters, and even those with some experience, wrestle with trigger reset.

It is obvious that the trigger of an autoloading pistol must be released far enough to reset the mechanism. Releasing the trigger only to the point of reset so as to minimize disruption is not necessarily advantageous. Many top tier shooters come well off the trigger with each reset. The ability to correctly “prep” the trigger for the next shot is what is important. Many good shooters do stay in contact with the trigger as well, but they come out to the point beyond reset in a fast and natural way.

The primary challenge that many newer shooters face is getting obsessed with releasing only to reset, thus “pinning” the trigger to the rear and slowly resetting the trigger until they feel or hear the reset point. The obvious problem with this practice is that it slows down the potential rate of fire to a great degree. In the art of defensive handgun, being able to make rapid follow up shots is a critical skill, and pinning the trigger to the rear greatly hampers this.

Resetting the Trigger in Recoil

In order to gain speed, the trigger mechanism must be reset while the gun is still in recoil, and this proves a difficult skill for some people to develop, especially those who have conditioned themselves to pin the trigger and release only to reset. When focusing on releasing the trigger to the reset point, new shooters often develop the habit of pinning the trigger back after it fires. And once the gun has cycled, there is a conscious effort to release the trigger only to the point of hearing or feeling the click that indicates the mechanism is again prepared to fire. This, obviously, wastes a great deal of time between shots.

Rather than pin the trigger and release it after the gun has cycled, the trigger should be reset while the gun is coming out of recoil. This is a difficult task at first for those who are used to pinning the trigger. But there is simply no reason to rely on the tactile feedback of the reset. Instead, a technique that has the finger leave the trigger entirely is fine as long as the trigger is appropriately staged before the next shot. Likewise, contact can be maintained with the trigger. But once enough time is spent shooting a particular gun, you can instinctively learn how far out to release the trigger so that it resets without relying on the audible or tactile feedback. Either way, the key is to reset the trigger while coming out of recoil so that the gun is ready to fire again as soon as the sights are back on target.

Practicing to Reset in Recoil

You can accomplish much of the needed training for this skill in dry fire. To set yourself up to successfully practice resetting the trigger correctly, spend some time pressing the trigger, then while holding the trigger to the rear, cycle the slide, then release only until reset. Do this enough times to get a feel for how far out you must release the particular trigger in order for it to reset itself. You want to indoctrinate the position of your finger at the distance of reset rather than condition yourself to feel the reset. Moving forward, you will know that as long as you release the trigger to that point, or slightly further, the mechanism will reset itself.

Once well acquainted with how far out you must release the trigger, it is time to condition yourself to do so while the gun is cycling. A good way to start honing this skill in dry fire is as follows:

Step 1 – Practice a good trigger press, and upon breaking the shot, hold the trigger to the rear (this sounds counterintuitive as you are pinning the trigger at this point, but proceed)

Step 2 – With the trigger pinned, cycle the slide with your support hand, still keeping the trigger depressed to the rear.

Step 3 – Re-acquire your two-handed grip and raise the muzzle to about the point that the muzzle typically flips when you do live fire.

Step 4 – While bringing the muzzle back on target, simultaneously release the trigger to the point of, or just beyond, the reset, then immediately press the trigger again for the follow-up shot.

Doing the next trigger press immediately after releasing the trigger to reset in this sequence is essential. This will train you to go for the follow-up shot after the gun is back on target, thus conditioning you to reset the trigger while the gun is still coming out of recoil. Much of this four-step process is spent in preparing the exercise, the focus of which is resetting while the muzzle returns to target. Spend some time working on this skill in dry fire, and see if it carries over to enhanced speed in live fire.