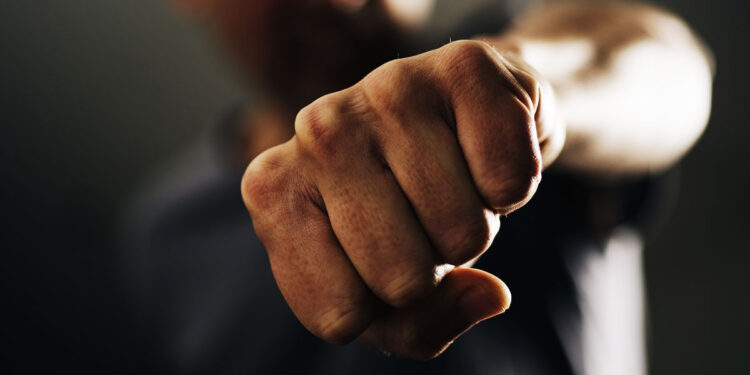 Violence is a messy affair, no matter what form it takes. While hardly a beacon of wisdom, Mike Tyson offered an ingenious quip when he stated that “everyone has a plan until they get punched in the face.” True words, indeed. A punch in the face disorients and often has a way of making the aggressor re-consider their attitude.

One element of self-defense that is plagued with legal and ethical confusion is the use of pre-emptive force. Essentially, we are referring to using some level of force, be it striking with hands, deploying OC Spray, or even deploying lethal force, pre-emptively before the threat is in the actual process of deadly behavior. Obviously, for pre-emptive force to be justified, the self-defender needs to be able to clearly articulate why it was necessary. It is a mirky legal subject that can get a self-defender into serious legal trouble no matter how well-meaning.

First, let’s clarify that pre-emptive lethal force is an exceedingly rare occurrence in civilian self-defense. There are very few circumstances that would justify preemptive lethal force. Remember that pre-emptive means that force is being used before the violence has occurred. The only legal justification for lethal force is to defend against an imminent lethal threat. You can’t pre-emptively shoot someone and say, “I thought he might pull out a gun.” If you shoot someone who already has a gun out and holding up the store that you are in, there is nothing pre-eminent about it; the deadly threat is imminent and in process, the criminal does not have to shoot someone before you are justified in dropping the hammer.

Therefore, pre-emptive force, as it applies to civilian self-defense, is typically a matter of preemptively using less-lethal force. Even this, however, can easily turn into an assault charge if not truly justified. A punch to the face, an arm drag to a choke, or even OC Spray to the eyes, are all assaults if not justified as self-defense. The ability to read the situation and determine the justification for preemptive force is imperative.

To be justified in using preemptive force, you need to be able to clearly articulate why you deemed it necessary after the fact. Are you familiar with pre-assault indicators? Do you know what you are looking for? Will you be able to explain why you took action? Will you be able to explain why you thought a violent attack was imminent? There needs to be a reasonable fear of harm to justify such action. Reasonable means far more reason than just, “I was scared.” There have been many lethal force uses in which the self-defender claimed to be “afraid for my life,” but it takes more than being scared to justify any level of force used. A reasonable fear that justifies a less-lethal preemptive attack needs to be an explainable circumstance that led you to believe you were about to be assaulted.

The behavior and body language of the threat must be interpreted accurately to determine if preemptive force is appropriate. If you are the initial agitator in the conflict, then claim defense when you preemptively assault someone, be prepared for some jail time. However, if you do everything to avoid, de-escalate, and, if possible, leave a situation, but you cannot, preemptive attack in the face of imminent violence may be justified. What kind of circumstances are we talking about? An aggressive panhandler that corners you and clearly demonstrates that they are about to assault you may warrant preemptive force. During a road rage incident, a hostile individual that you cannot remove yourself from might warrant preemptive force. I would submit that an overriding consideration should be, can you safely flee the situation? If you can, I would recommend doing just that before resorting to any sort of force, whether you live in a stand your ground state or not.

The Purpose of Preemptive Attack

While it might be obvious, here I will state the obvious: the purpose behind preemptively attacking an aggressor, which is striking or using a tool on the individual before they have laid hands on you (any retaliation after the threat gets physical is not preemptive, but is reactionary) is to diminish the aggressor so that they are not able to assault you with their full faculties. If you determine that the aggressor is certainly going to get physical and assault you, a preemptive strike of some kind may be completely justified and may give you the advantage that you need to stay safe. By attacking first, you may be able to get ahead of the power curve and disable the aggressor so that they cannot bring harm to you, or at least diminish them so that they are less of a threat. Again, the preemptive assault needs to be proportional to be justified. If you expect an aggressive, but unarmed, attack, a preemptive attack with a lethal weapon is certainly not justified in most circumstances.

What sort of tools are appropriate for preemptive less-lethal force? Options for this may encompass body parts or actual tools. Keep proportionality in mind here: for example, an aggressive drunk that wants to get rough, but may not pose a truly dangerous threat, may warrant preemptive force, but not a high level of unarmed force like a palm strike to the bottom of the chin which can severely injure. Perhaps an eye jab, a particular strike with the hand that uses splayed fingers to go for the eyes, is in order. This strike is very disorienting for the recipient, but it rarely causes any sort of real injury to the eyes. However, a truly hostile entity, closing the distance to bring a violent assault, may well justify a destructive blow such as a palm strike.

Less-lethal tools may be a good option for preemptive strikes. Impact weapons, if used to strike less-lethal targets (not the head) may be useful, but impact tools can quickly turn to lethal. A great tool for preemptive attack is OC Spray. Consider OC Spray the same as the aforementioned eye jab, only an eye jab that can be delivered from across the room rather than only at contact distance. A threat that is acting hostile, closing distance, and displaying body language that suggests he will assault, is a prime candidate for OC Spray. While the spray may not end the problem, it most often will diminish it. Would you rather fight a fully functional large and powerful male aggressor or one that can’t see? OC Spray often offers the self-defender the chance to escape the situation without needing to go hands-on.

Preemptive force certainly has a place in self-defense, but it is narrow and the self-defender will find themselves in significant legal trouble if they can not clearly articulate why they resorted to such force. Know the law, know what to look for, and do not take preemptive force lightly. The only justification for using any level of force on someone is to defend yourself or another innocent party, and if you go preemptive, you need to have a good reason for doing so.

Gas Station Clerk Shoots Customer for Not Wearing Mask, Then Himself