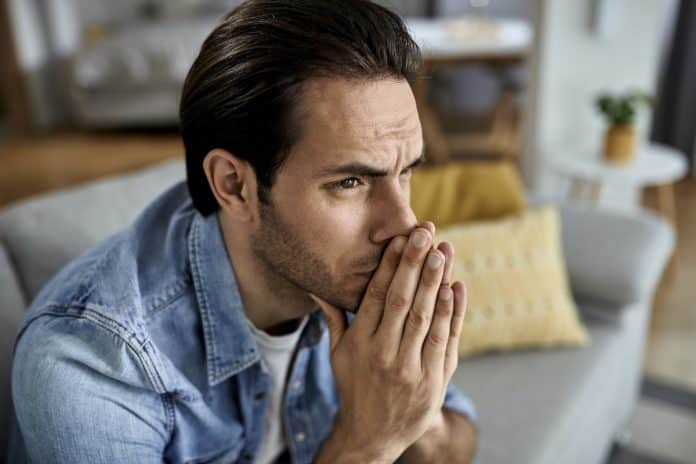 Some people realistically prepare for threats they may face, and some people indulge themselves in violent fantasies, often instances where they could kill or shoot a person and not face legal consequences.

Start reading the comments in a few gun groups or around news reports, and you’ll see it in action. You’ll notice someone say something like “well if someone does X” or any number of iterations thereof.

Preparation is acknowledging risk and taking steps to reduce it or how to realistically counteract it.

Murder fantasies are idle boasts, daydreams, talk, and so on of instances where you can kill someone and not face a prison sentence.

Let’s put it this way:

A person who installs a strike plate, anti-break film to their windows, and invests in a halfway decent security system is preparing themselves against the possibility of home invasions.

A person who continues to buy guns and ammunition and tells themselves it’s to be prepared for something is really only preparing to max out their credit card.

A couple of relatively recent and high-profile court cases illustrate people who brought their murder fantasies to life…and unsuccessfully tried to frame them as self-defense.

Byron David Smith, of Little Falls, Minn., was at a neighbor’s house on Thanksgiving day, 2012, when observed two teenagers – 17-year-old Nicholas Brady and his cousin, 18-year-old Haile Kifer – casing his house. Smith had suffered a few burglaries and suspected that Kifer and Brady were the culprits upon seeing them.

Smith went to his home, turned off the lights, and concealed himself in his basement but left the door to the basement open, and armed himself with a Ruger Mini-14 and a .22 pistol.

Brady broke in through a window and entered the basement. Smith shot him three times on the stairs, killing him. He removed the body, covered it with a tarp, and sat down…and turned on a tape recorder to get the audio, along with the video from his surveillance system.

Kifer entered the basement a few minutes later, presumably looking for Brady. Smith shot Kifer three times with the rifle, and then drew his pistol and shot her three more times, the last under the chin after he’d dragged her on top of Brady’s body.

He had a neighbor call police the day after Thanksgiving because he didn’t want to bother the police.

Markus Kaarma, of Missoula, MT, likewise had suffered a few break-ins, with a few small things being stolen out of his garage. He installed a motion detector in his garage, and would often watch his house at night from his vehicle on the street.

In April of 2014, the motion detector activated and Kaarma ran to the garage with a shotgun. There he found 17-year-old Diren Dede, an exchange student from Germany. Kaarma shot Dede four times, pausing while Dede begged not to be killed before delivering the coup de grace.

What was discovered at trial was that Kaarma had deliberately left his garage door open, leaving his wife’s purse and some beer in plain view as bait.

Smith and Kaarma were both noted for believing that they had done nothing wrong.

Smith attempted to claim self-defense, but was undone by the audio recording he made; it clearly shows Smith shot Kifer and Brady when they were no longer possible threats. Kaarma, by all accounts, fired the second he saw Dede.

Is burglary permissible? No, but that isn’t the point. Both men believed that since it was their home, they could kill someone for being there without their permission.

Both imagined what they’d do if they discovered someone breaking in, and then they did it. And both will probably die in prison because of it.

Risk management not only means taking pains to avoid risk but also safeguarding against the most likely risks that one will encounter.

Think of it this way:

Do you know what will actually eliminate the greatest risks to your life that you’re likely to ever face?

Car accidents are the single leading cause of death for all people in the United States until age 45. Past age 45, the biggest killer is heart disease; by eating a healthy diet, exercising, and not smoking, you greatly diminish the external risk factors for heart disease.

That’s a logical approach to dealing with threats. Recognize what the likely threat is and address it accordingly.

For defending yourself and your home, that means recognizing what the threats are likely to be and how to defend against them. A strike plate, installed on the door jamb with 3-inch wood screws and anti-shatter film on your windows, will make your home far more impervious to invasion than any number of AR-15s every will.

Then you have the “threats” on the news.

A few years ago, people were blathering on about ISIS. They’re a real problem in Damascus or Baghdad. If you live in, say, University Park, Texas (a very rich suburb of Dallas) you don’t really have anything to worry about.

Right now, people are LOSING THEIR MINDS about Antifa and BLM.

In downtown Kenosha? Right now you should worry. In, say, Green Meadows, Nebraska? Maybe you should find something more worthwhile to worry about.

When people blather on about “well if someone breaks into my house I’m gonna” and so on, it usually means they don’t understand the very serious legal ramifications of using a gun in self-defense, even if an acquittal occurs.

Think about it this way.

George Zimmerman was acquitted and probably was justified in shooting Trayvon Martin. However, he put himself in that position by pursuing Martin on foot, instead of just watching him from the car.

In the years since the trial, he lost his career, his home, and his wife divorced him. Sure, he was vindicated by the courts…but he lost almost everything, and put himself in those circumstances, to begin with, and furthermore didn’t have to.

People who fantasize about what they’ll do if such-and-such-happens and if such-and-such-does-something rarely, if ever, think about how much they’ll have to pay a lawyer. Or, about how they might get acquitted but still lose everything.

Realistic preparation against threats in the home include things like installing proper doors and windows. Realistic preparation for threats means knowing the most likely areas you’d encounter a threat in, especially interchanges such as parking lots, convenience stores, and so on.

Realistic self-defense also means not looking for problems. People who go looking for trouble will eventually find it. Want to avoid road rage? Don’t drive like a jerk.

Do you practice with your carry gear? Or do you hit the range with a competition rig, replete with multiple mag carriers and your target pistol on a battle belt…which you probably won’t ever fight with.

If someone breaks into your house, you aren’t going to have time to put on a plate carrier and a helmet with NVGs. You probably will have time to get a rifle, a shotgun, or a handgun that has a light on it, but little else. Hopefully, the phone while you’re at it, to call 9-1-1.

If you ever have to, that is; the odds that you’ll ever use a gun in self-defense are very, very low. Frankly, it makes more sense to agonize over your car insurance coverages and rates since the odds you’ll be involved in a car accident are substantially higher.

So are you actually taking steps to manage risks or are you just fantasizing about killing people?