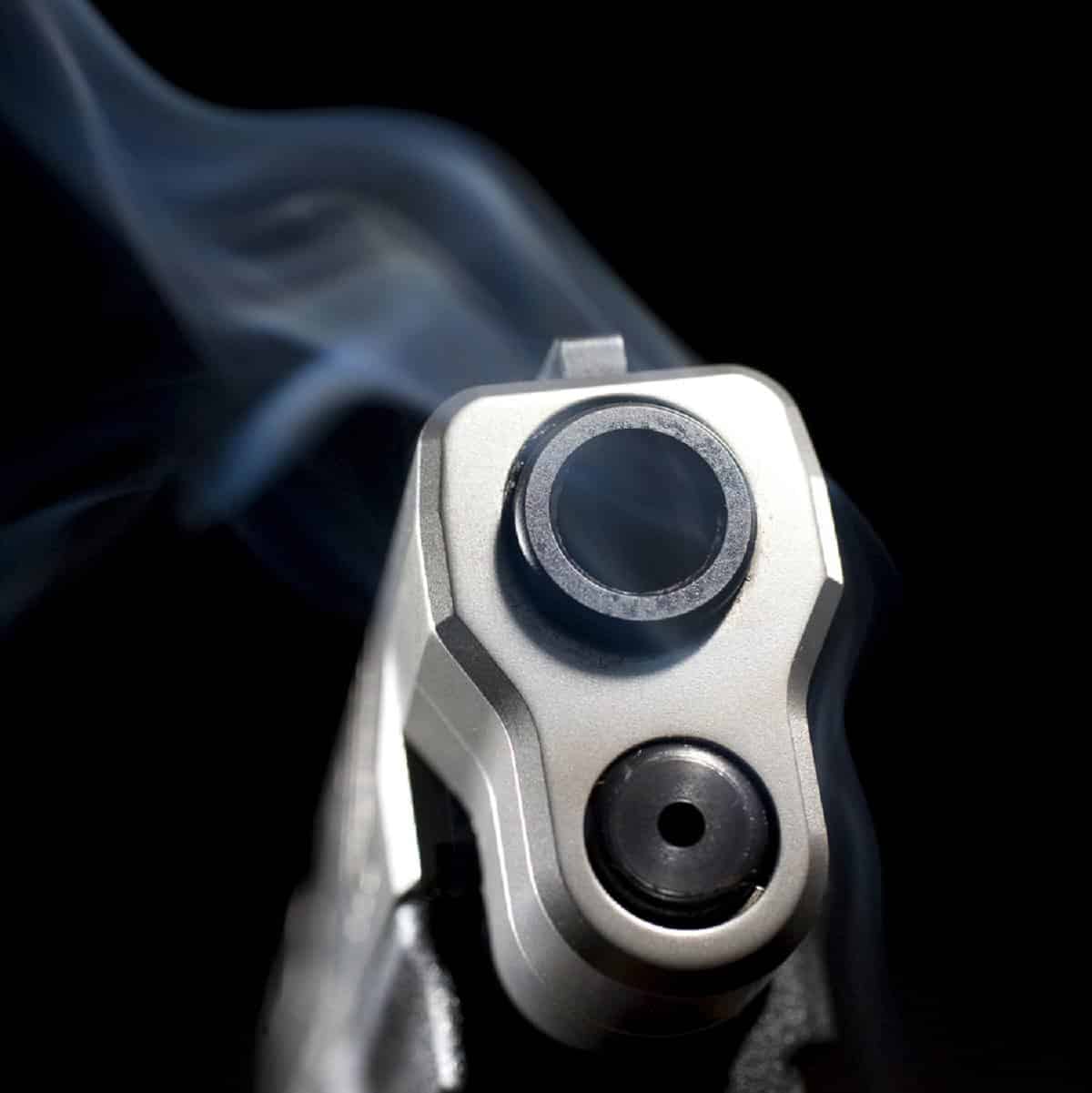 If there is a universal sign of a person that isn’t observing proper gun safety, it’s a negligent discharge. However, since firearms are generally such simple machines it seems that any negligent discharges should be easily avoided with just a bit of care.

Why Do Negligent Discharges Happen?

The reason accidental discharges, negligent or otherwise, happen is almost universally because someone or something pulled the trigger when it shouldn’t have been.

For the most part, accidental discharges occur to careless handling or carrying. They are easily preventable – and here are some easy ways to keep from ever experiencing one.

Keep Guns In A Safe Or In A Holster 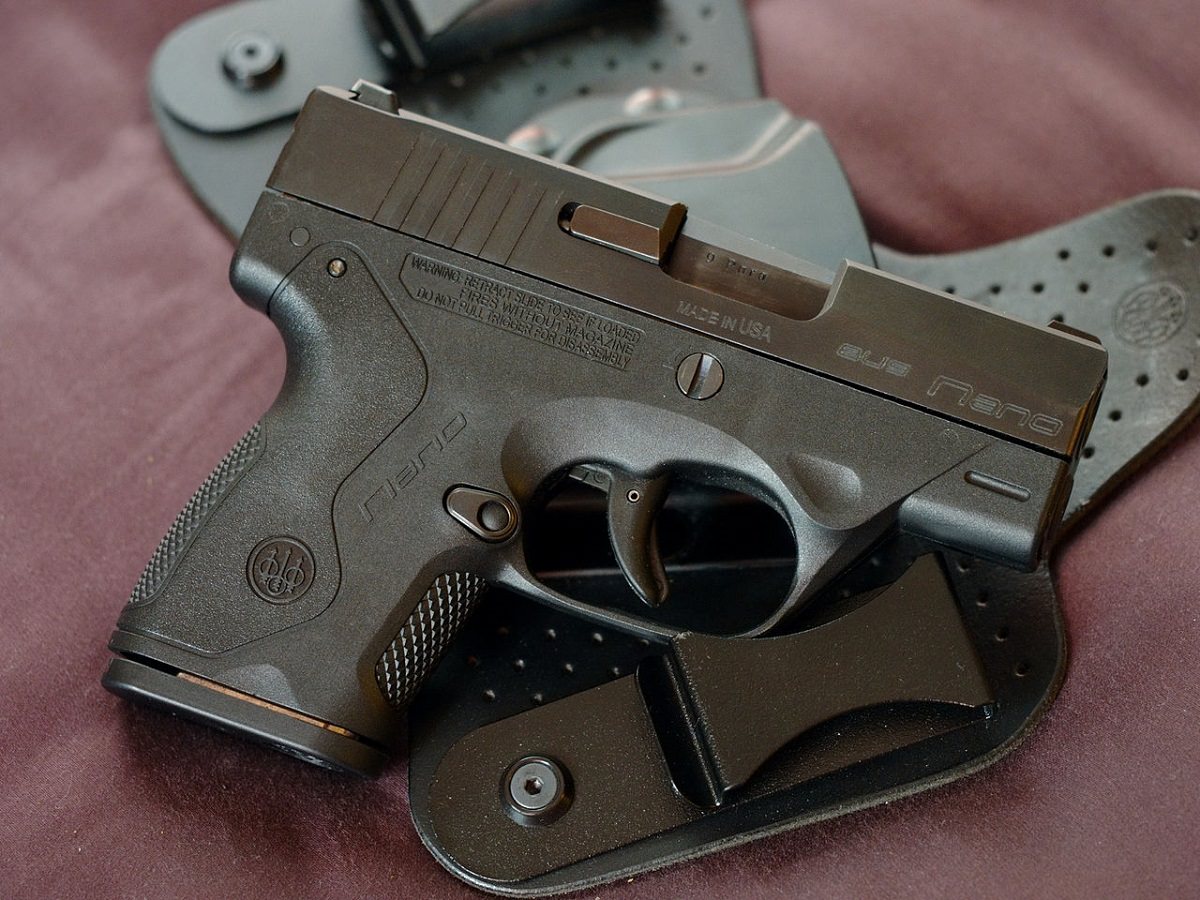 If a person is going to carry on their person, it has to be in a holster.

One source of unintentional discharges is off-body carry, especially an area of concern for people with small children. There have been a number of incidents that have made national headlines where a gun was stored in a purse, messenger bag or briefcase that was accessed by a child and fired, or dropped, resulting in a drop-fire. These could have been easily prevented by the persons carrying storing their guns in a holster or locked case.

Likewise, a number of tragic accidents have taken place because a loaded firearm was improperly stored, accessed by a child and then fired.  A gun safe, even a cheap lockbox put out of a child’s reach, can easily prevent these incidents from occurring.

One of the best ways to ensure that nothing like that happens? If your gun isn’t in your hand, put it in a safe or in a holster on your person. 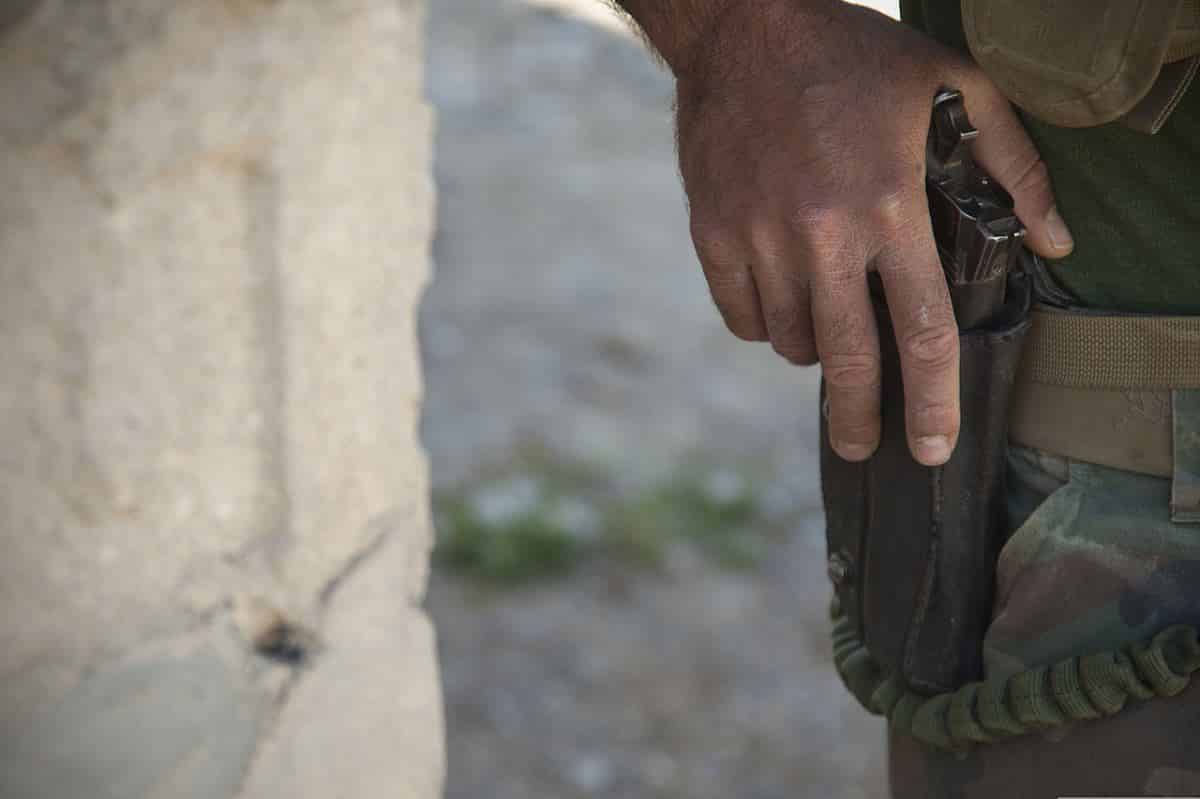 A corollary to always carrying in an adequate holster is to ensure that nothing enters the trigger guard.

One of the most common sources of negligent or accidental discharges is something entering the trigger guard.

For instance, the story from ITS Tactical that’s made the rounds for the past few years is a good example. The man involved was wearing a leather belt loop holster (the Yaqui Slide variety) and went about his business as normal when his gun discharged, seemingly randomly. The reason was that the leather had worn to the point of developing a fold, which entered the trigger guard and caused the discharge. Luckily, he only had a superficial wound.

In another story from Concealed Nation, a man that was called “Matt” in the story (it may be his real name, it may not; they don’t say) was carrying in a nylon IWB pancake holster with an undershirt between the gun and his skin and an overshirt concealing. He got into his car and the gun went off – the holster was destroyed and he only suffered a minor wound. The likely culprit was his undershirt, which got into the holster and bunched up into the trigger guard, causing the discharge.

Then there was the instance in 2014 in Fayetteville, Ind., where the local police chief shot himself in the leg re-holstering his pistol, according to the IndyStar. His fleece jacket had dropped down into the holster, and the trigger was pulled by the garment. Luckily, all he suffered was a minor wound. That and hospital nurses laughing at him.

What could these men done differently? Made sure that nothing came close to, entered or otherwise interfered with the trigger guard. Proper handling, a bit of care and a quality holster can go a long way.

Respect The Firearm You Carry 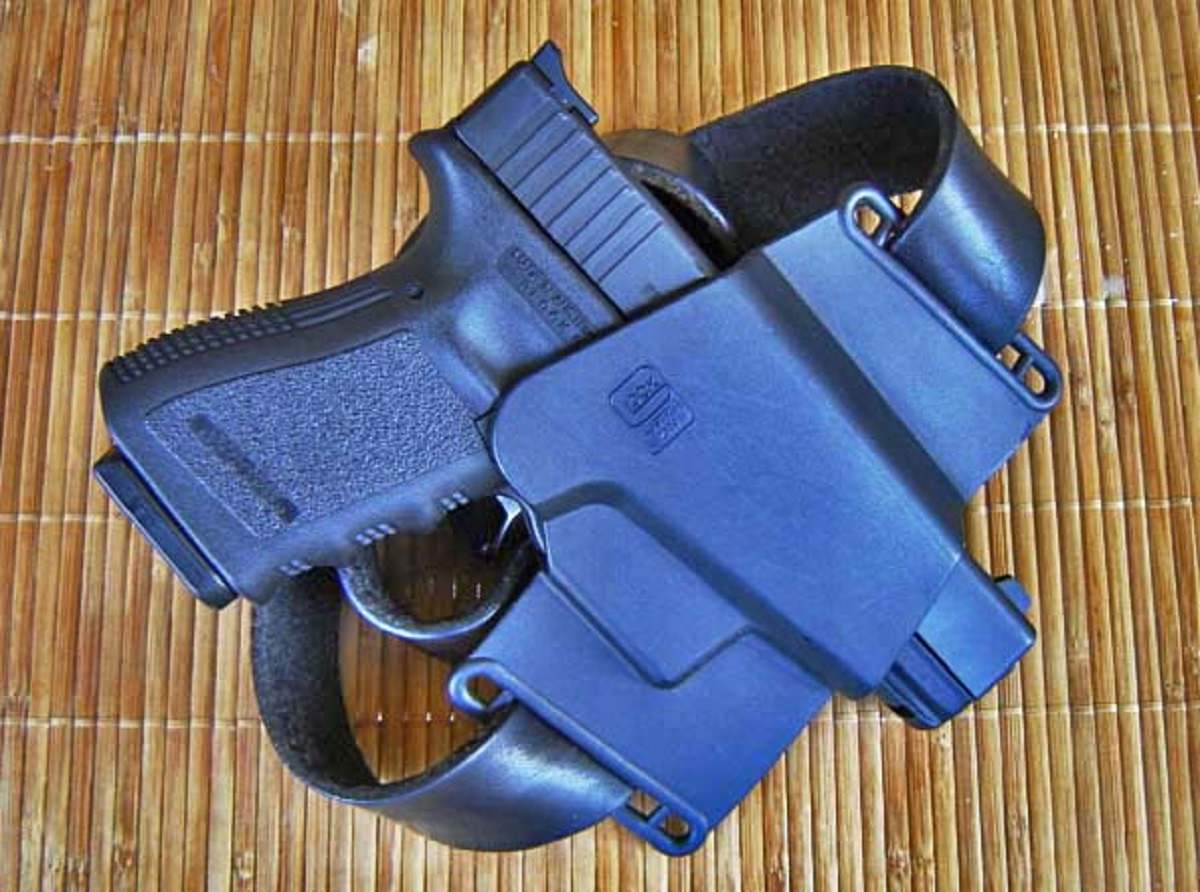 Ever hear or read a back-and-forth between 1911 and Glock fans? It never ends, and it’s the same things every time out. One of the repeated tropes is the lack of any safety other than the trigger safety.

This shouldn’t be considered a victory for the 1911 crowd, but two of the three examples mentioned above involved a Glock.

In this, the era of the polymer striker gun with no manual safety and light trigger pulls…the need to keep the trigger safe cannot be understated. Is this to say Glock pistols, and all guns with a similar design (S&W M&P, Sig P320, Walther PPQ, Ruger SR series, etc.) that have no other safety features must likewise be respected.

That said, having a manual safety doesn’t mean a person is absolved of having to observe proper gun safety either. A person who safely handles firearms can do so with any make and model.

Don’t Handle Your Firearm Unless You Need To 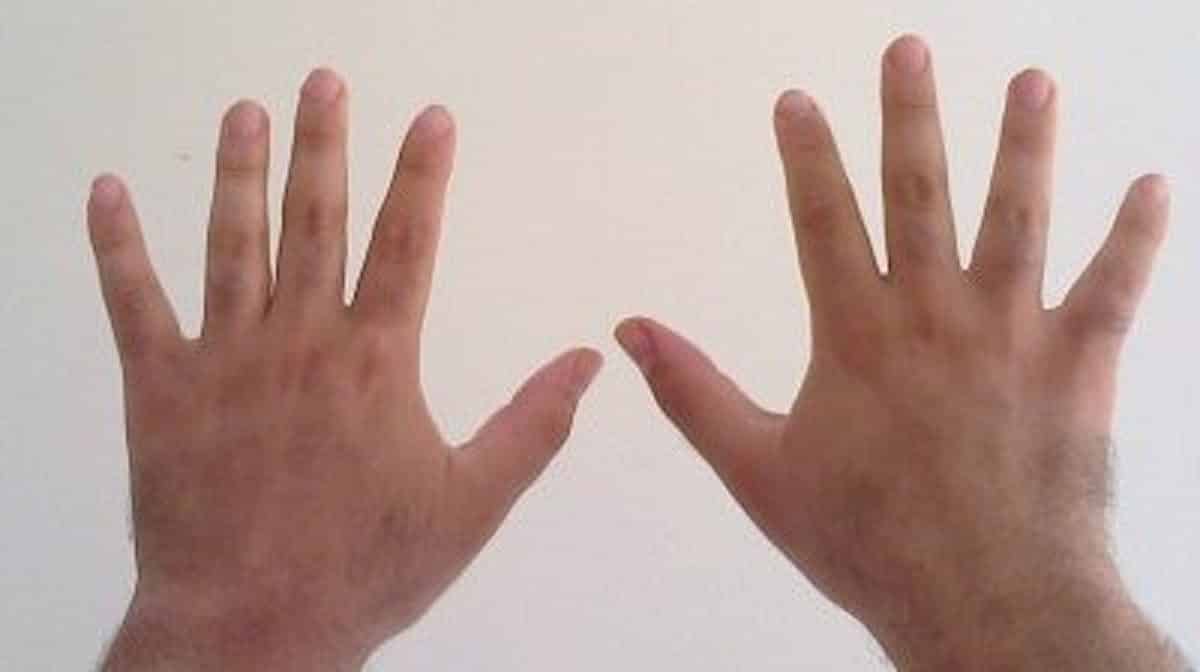 A reason why a number of concealed carriers have an accident discharge is because they were handling their pistol when they didn’t need to. The usual culprit is adjusting a pistol, and often enough due to discomfort from not carrying in a proper holster.

Take the instance of Dane Gallion. Gallion went to the movies in February of this year in Renton, Wash. Gallion, according to witnesses, was fumbling with his pistol when it discharged and wounded the patron in front of him, according to the Seattle Times. Ironically, Gallion made a point to go to the theater armed due to concern over theater shootings.

A similar incident happened to one Cody Denault in late 2015, according to Salina Journal. Denault was adjusting his pistol – which he was carrying without a holster in his pocket – and it discharged into his leg.

Both of these men are military veterans, so if you think that this can’t happen to you because of…well, whatever…that’s what the ancient Greeks called “hubris.” Most of their myths involved the gods punishing hubris, and for good reason.

If one means to carry, one owes it to themselves and to those around them to do so safely and with care. Doing so will keep NDs from happening.