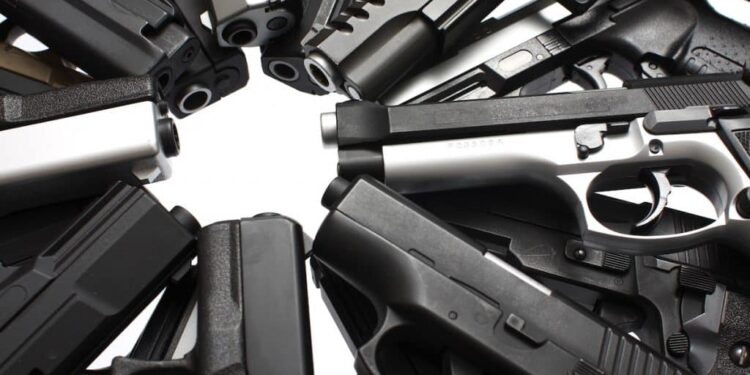 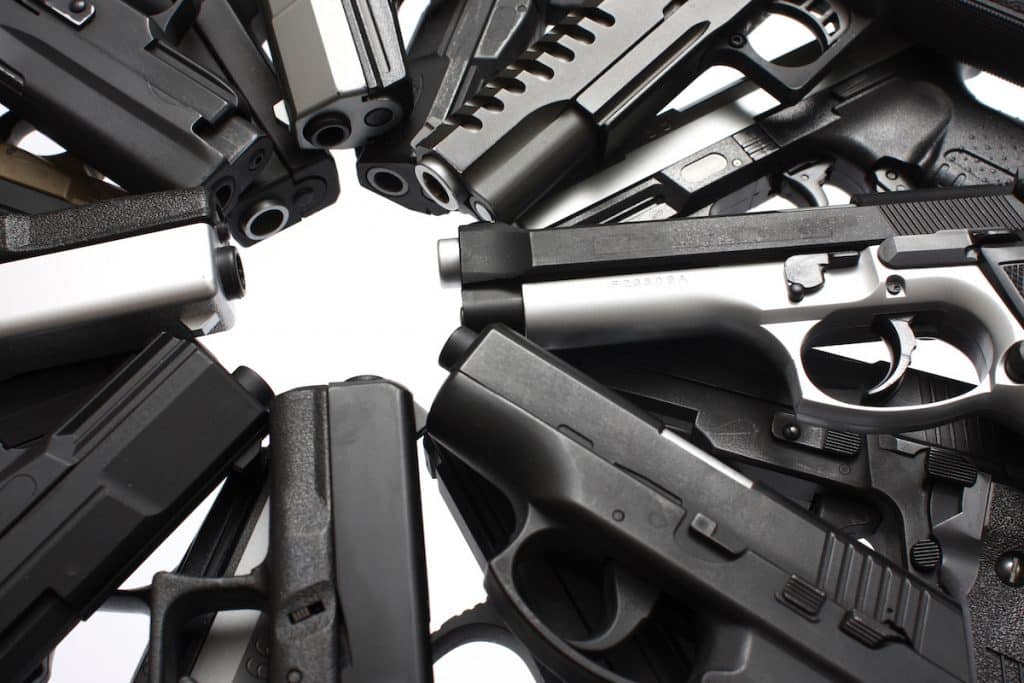 I am a through-and-through gun guy. I like to train with them, talk about them, even write about them on occasion as you can see! Some people are into cars, some are into golf, you and I are into guns. That’s great. Shooting is a great sport, it is great fun, and it has the benefit of honing your skills in the most effective form of personal protection as well. However, I see an area where a lot of gun enthusiasts go wrong pertaining to the maintenance of their defensive firearms. A lot of gun owners sometimes let their infatuation with toys, in this case firearms, cloud their judgment when it comes to maintaining a consistent and simple stable of defensive weaponry. I have no issue with folks who collect an assortment of firearms for collectors sake, or for using in a variety of activities, but I am a firm believer that all gun enthusiasts should maintain a rather small subset of go-to defensive firearms.

I think that having a “carry rotation” of multiple guns that serve the same purpose is a detrimental habit and concealed handgun carriers should maximize their familiarity with their carry gun. The issue I see that happens too often with many shooters is that their attention is spread across too many guns. This is because gun people like guns, and many such folks accumulate a lot of them. Where this habit especially leads to problems is when a person has a lot of guns yet seldom shoots them, which surprisingly is quite typical of many gun owners, and every excursion to the gun range is spent working with a different firearm.

This is a problem for three reasons.

If you are an avid gun enthusiast who owns many firearms, whether for collection purposes or different sporting purposes, I strongly suggest this:

The guns that you use for personal protection should be kept to a minimum and should be trained with often.

I think a gun that is used for defense should be shot at least once a month. That may not be realistic for many people with a carry permit, but any gun being carried or kept for home defense should be fired and inspected on a regular basis.

Guns are machines that can experience mechanical problems. The springs in a magazine can tire, although modern designs are very robust and can stay loaded almost indefinitely. Nevertheless, springs can go bad. Other parts in a gun can fail or tire as well. Leaving a gun that you use for defense in a safe for two years without being fired is a poor tactic. The gun needs to be tested periodically so that any issues that arise can be fixed. Revolvers tend to hold up to such neglect better as their design is more resilient to long durations of no use or lubrication burning off, but even revolvers can unexpectedly develop issues. It should go without saying that any gun kept for carry or home defense should also be trained with on a fairly regular basis. Shooting is a perishable skill.

I see many gun enthusiasts spend very little time at the range to begin with, and when they go shooting they are always shooting something different. This is a natural temptation as the simple enjoyment of shooting a variety of guns is there. Inevitably there are those who will bring a different gun, or multiple guns, upon every trip to the range, and I am not going to attempt to talk such folks out of this habit. This is certainly better than the far larger pool of gun owners who perhaps only own one or two firearms but never shoot at all.

My suggestion though, is this: be sure to spend some time firing your defensive weapon. If you only go to the range once a month, or less, then your primary defensive handgun should be getting used each time. You want to put some ammo through the gun that you carry or keep for home defense to maintain proficiency, and to simply ensure that the gun is maintaining reliability. If you carry more than one gun or keep more than one gun for home defense, than each of those guns should be getting some attention on a fairly regular basis. Obviously, your defensive firearms should also be well cleaned and lubed between use as well.

Perhaps you own many guns and you shoot a variety of them for enjoyment and you also arbitrarily rotate from one handgun to another for carry or home defense. My advice is to lock in on one or two handguns that you plan to use for carry and/or home security and prioritize those weapons above all others for range time and maintenance. On any range trip shoot your other fun guns, but be sure to run ammo thought your carry/home defense weapons.

The guns that I would suggest prioritizing would follow my general advice to new gun owners concerning what I believe is the essential weapon types for armed citizens: a primary full-size or compact handgun, a smaller deep concealment gun if necessary, and a primary defensive long gun. Choose your main full-size or compact handgun and stick to it and be sure to train with it and maintain it regularly. Having a primary defensive long gun that will take priority over other sporting long guns is also sound, and likewise should not be neglected.

Shooting is a great sport and enjoying the fun factor is important, but the guns that you carry or keep in the home to protect all that is most dear to you demand your attention. Regularly train with and maintenance your defensive firearms, and keep an orderly and readily available system of loaded magazines and support gear for those guns. If you need a gun in an emergency your go-to defensive firearms should always be ready even if your many sporting guns are unloaded and packed away in the gun safe.