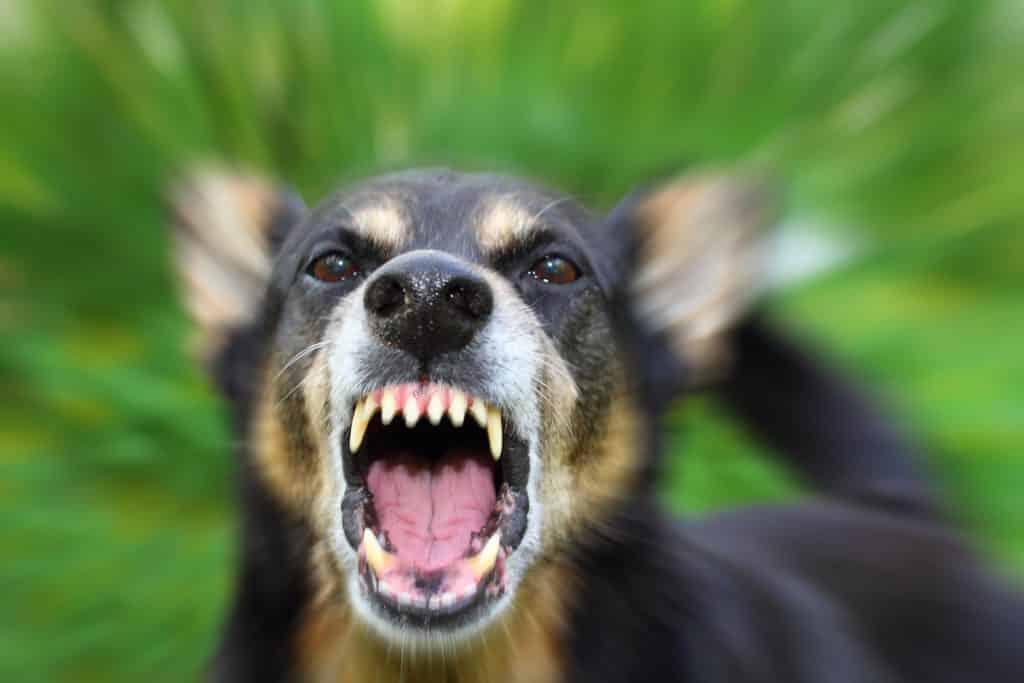 As a kid, I remember some neighbors down the street had an Australian shepherd that was just the nastiest, meanest dog I ever met. It was leashed most times when I walked by to catch the bus. One day it wasn’t. And I remember looking over to the usual place I’d see the dog, snarling and barking, and he wasn’t there. While I would like to say my younger self thought he had just slept in, I undoubtedly hoped that old nasty dog died in his sleep.

It turns out he got off his leash. Much to my surprise, I see a blur of black and brown fur rushing up towards my face as I turned my head forward. That Aussie launched his teeth into my face. I screamed, kicked, punched… But mostly screamed. The dog didn’t let go and just kept biting my face and hands.

The owner, an old drunk, came out and got his dog off of me. He didn’t even ask if I was alright before he snatched the leash and dragged the dog off to the barn.

Crying, scared, and bleeding, I had no idea what had just happened or what I was supposed to do about it. I made it to the bus stop on time. The bus driver was horrified when she saw my face. Her face turned an ashen white and I only then really reached up to feel the damage that the dog had done. Blood covered my fingers and suddenly, seeing the blood on my hands made the whole thing way more real.

My parents weren’t home. They had left for work. I lived in a rural area, and this was before every kid had his own phone. The bus driver cracked open the first aid kit, got out some gauze and bandages, had me apply pressure to the wounds on my face, and got me to school. I went directly to the nurse’s office. The nurse tended my face and asked what happened. Before the day was through, I got to visit the local hospital, get some x-rays of my face and hands, a few stitches, and talk to a police officer.

Animal control ended up going over to that guy’s house and destroying his dog.

I’d be lying if I said dogs didn’t make me apprehensive for a few years. However, I get along well with animals and have since owned dogs, taken care of other people’s dogs, and had a lot of genuinely good experiences with Man’s Best Friend.

That doesn’t mean dogs can’t be nasty. Some people do not train their dogs properly. Dog parents didn’t want to do their job and instill discipline and respect for others into their canine family members, and now it’s your problem. It’s your problem because the dog is off its leash and it’s en route to do some impromptu plastic surgery on you or your kid or someone else’s kid.

It’s okay. The owner will claim the entire time that his or her dog is a perfect angel and he just doesn’t know how this could happen and someone must have obviously been antagonizing it.

I know this tale because it’s the one I keep hearing my whole life.

And now I know, as a concealed carrier and someone who has taken steps to train to defend his life, that I have other options.

However, if I do have an option, I tend to give every opportunity to make it non-lethal.

This is why I honestly recommend carrying a little canister of high-octane pepper spray.

I know, it’s a gun blog. You’re expecting to read suggestions about a type of gun. And, in some cases, you may just need to use that gun. However, pepper spray right in the eyes is just the perfect solution.

How do I know?

Well, I can give you two guesses. Even though that dog attack as a kid was the first memorable one, it wasn’t the last.

In 2012, I was hiking through the woods with my kid when a stray Mastiff decided he wanted to be aggressive. I gave him the opportunity to move away and not to circle my boy, but when he moved in, I put a stream of pepper spray in his eyes and nose. A dog’s sense of smell is quite a bit better than ours. That’s a lot of opportunity to inflict non-lethal pain.

I don’t know if that mutt ended up meeting his demise by other means, but I do know he lived to learn a valuable lesson about aggressively approaching strangers. And, sorry folks, I’m always keen to try to the non-lethal before I go to the lethal.