How Old Is ‘Too Old To Carry A Concealed Gun’? 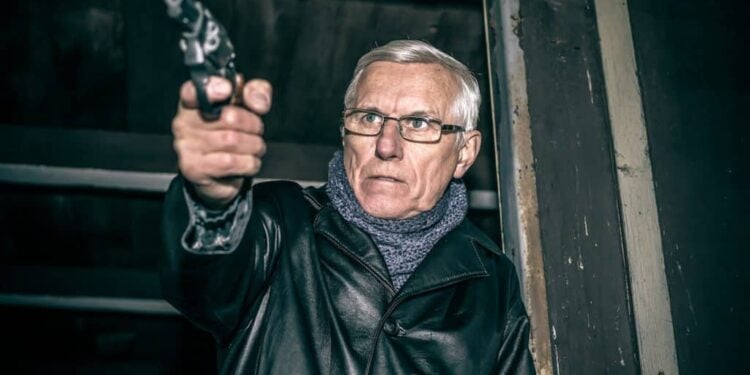 One of the hardest moments in my life was explaining to my uncle that he can’t keep his 1911 in the nursing home. He had been diagnosed with Alzheimer’s and dementia and lived in an assisted living facility surrounded by his peers. The whole family came and helped him move into the facility and, as much as we tried to keep it cheery, there’s a sort of resignation a person gets when he moves from independent living into assisted.

One of the rules of the facility was no weapons — this included guns. Now, this wasn’t something I think was strictly enforced but it was a condition of living there. My uncle has always been an avid hunter and outdoorsman. He never owned a polymer pistol, and the only acceptable pistol for him was his Colt 1911. He had that gun since 1976. For all the years I used to hang out at his place as a kid, I knew he kept it in the nightstand. He was the first person to take me to the range and show me how to handle firearms safely.

Now that he was going into assisted living, he had to give up his small but trustworthy collection of guns. The shotgun and hunting rifle were hard. He argued he could still use them. I finally managed to make the argument that I’d keep them in my gun safe in my home and would take him to the range to use them.

“What if a bear breaks into the place? What’ll I do? Throw my dentures at him?”

I wanted to laugh but I knew, for him, it was no joking matter. A life without the ability to use a gun was utterly foreign to him.

This subject draws a lot of ire among firearms owners. We all won’t agree when and if there ever is an appropriate time to give up the guns.

For me, the line is drawn not so much by age but by competency and ability.

The early stages of Alzheimer’s aren’t that bad. In fact, they’re pretty hard to notice. However, it always gets bad eventually. Sometimes the slope is steep, and other times it bounces back and forth — but the conclusion is as concrete as the sidewalk. In the midst of dementia, an individual loses his cognitive ability to distinguish friend from foe, threat from not. This is a dangerous situation. And, when a gun is involved, it could be hazardous.

Let me be the first to say this: I don’t think gun rights ought to be legislated past where they are. I believe the individual should make the distinction on when an individual should stop carrying his gun. The family should help. But that’s an ideal.

My uncle did, of his own accord, give up his guns. He gave my brother and I his guns and we, in turn, store them in a gun safe in my house. My uncle has only been in assisted living for less than a year. Sadly to say, he’s yet to take us up on the offer to go to the range.

If you are able to cognitively understand and perceive a threat and have the ability to use a gun to defend yourself or your family safely, you’re probably good enough to carry a firearm. Training helps. Physical fitness and a basic understanding of law help.

When a person is no longer competent (as in a severe or degenerative medical or psychological condition whereby his ability to discern the outside world is significantly and permanently degraded), a gun is no longer an effective tool. It’s a liability.

The determination of precisely where that line exists in the sand is something that should be determined first by the individual, assisted by the help of that person’s family or trusted council. Until that day arrives, carry on.

Options To Protect Yourself From Aggressive Dogs

Options To Protect Yourself From Aggressive Dogs