Reactions from the George Zimmerman Verdict

by Jason Hanson
in Articles, Self-Defense
197

Reactions from the George Zimmerman Verdict 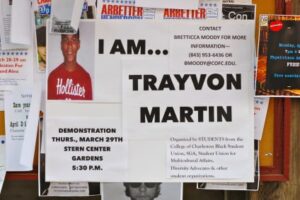 I think the reactions of the George Zimmerman verdict have shown us once again what is leading to the decline of this country and why it is more important than ever to be self-reliant and to prepare for uncertain times.

The fact is, we have a man who was getting his head bashed in by another man and he defended himself as any person would. We do not have a man that hunted down an unarmed person, because if that was the case I think we would agree George Zimmerman should have gone to jail for murder.

However, we have the TV pundits, Hollywood celebrities, and protestors talking about how you can go around hunting down unarmed children and murdering them. They forget to mention that this unarmed child, violently attacked a man, broke his nose, and was slamming his head on the ground.

We have many people in this nation who fail to even look at the facts so they can make an intelligent comment on the case, but more importantly, we have a nation of people who don’t believe a person should be responsible for their actions.

I find it troubling that the President of our country – who ought to try and be an example – would tell the nation to “honor” Trayvon Martin. In other words, he is telling the nation to honor a man who tried to kill another man. He’s not saying that we need to take responsibility for our actions and that the reason the man died is because he chose to jump someone, and to repeatedly punch them and bash their head on the ground.

I’m pretty sure if I went up to Alec Baldwin (a knucklehead celebrity who made a silly comment about the case) and I started bashing his head on the ground he wouldn’t just sit there and smile, he’d defend himself like a normal person would.

But again, my big problem is the lack of personal responsibility in this country.

It’s the notion that we can do whatever we want without consequences, and that someone or something (such as the government) will bail us out or take care of us.

In fact, the only reactions I don’t blame are Trayvon’s parents. I think we can agree that if your child died, no matter what caused it, you would want the person that killed them to be prosecuted… I’m sure I certainly would.

But everyone else, not so emotionally close to the case should be teaching their children personal responsibility. And that you don’t go around starting fights and punching people and if you do, there are consequences to be paid.

I guess what I’m really trying to say is, instead of all of the hate being spouted from both sides and instead of Geraldo Riveria and Al Sharpton stirring things up just to get their time in front of the camera, we should be teaching our kids and our nation to be responsible for their actions.

How I’m Breaking In My New Pistol

How I’m Breaking In My New Pistol