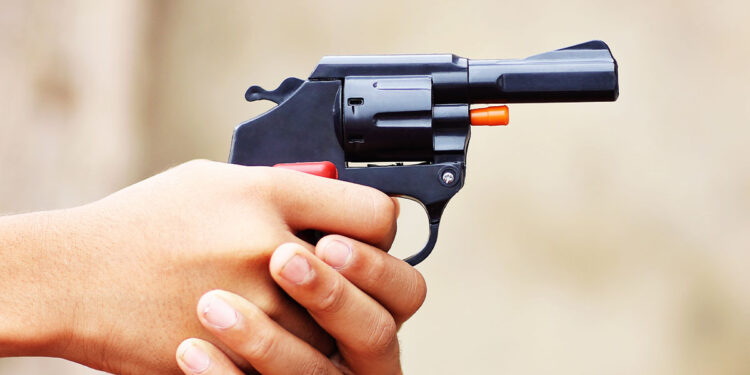 A man paid the ultimate price after pulling a fake gun on a man who had a real gun.

Around 11:30 PM last night, a man was sitting in his vehicle in his friend’s driveway in Tampa, FL. Another vehicle drove up and parked in the street. He watched a man exit the vehicle, put a gun in his waistband, and approach him. The suspect knocked on the man’s window and yelled something unknown after he rolled his window down.

Then the suspect raised a gun and pointed it at the victim. Assuming he was going to be shot, the victim drew his concealed carry gun and shot the suspect.

The police were called and found the suspect suffering gunshot wounds to the upper body. He was pronounced dead at the scene.

The fact that the suspect was using a fake gun shouldn’t matter in this case. The victim was under the impression that it was real and that his life was in danger. The only thing I would say about this incident is that if you see someone get out of their car, put a gun in their waistband, and then knock on your car window, you probably don’t want to roll down the window.

Throw the car into reserve and get out of there. Get out and get into the home if there is enough time. Do something. Don’t just let the threat walk right up to your car window if you can help it.