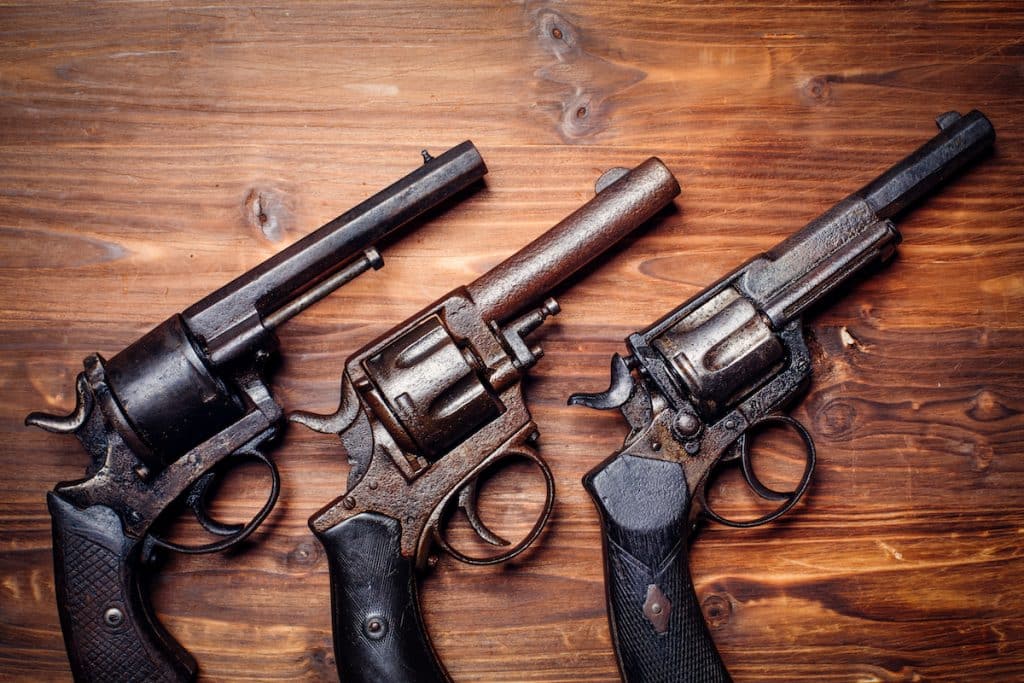 This last Christmas, my friend was really excited. He went to a gun show. And don’t you know, a guy there sold him an original six-shooter from one of the bandits in Jesse James’ crew.

I asked my friend how the heck he could afford such a priceless relic — and when did he start to get into the antique business?

It turns out after he had it appraised, the answer was he wasn’t in the antique business at all.

He was in the replicas business.

It’s also short for “getting the short end of the stick” and “getting made the rube.”

It’s a crappy place to be, and I’m sure we’ve all had our times when it could just have easily been us. I could laugh about it. His wife couldn’t. And she sure let him know how completely fool-hearty he was purchasing a “gosh darned knock-off” at a gun show.

After all, the guy seemed honest. What’s not to love?

Now, that’s not to say that every time I go to a gun show, I don’t walk away with a good deal or two. A fool is made every minute, and a fool and his money are soon parted. The big question is: how do you know if you’re about to be ripped off in a private gun sale?

It’s not easy to tell, sometimes.

Authentic Is As Authentic Does

Anyone can say a firearm or accessory is authentic. Authentic doesn’t cost a dime to say — but it does cost a lot to prove. If someone has a story larger than life about a specific gun you’re looking at, chances are good you’re getting played. You don’t necessarily need to call him on it, but just follow the simple phrase, “trust everyone, verify everything.”

If you can’t verify what that person is saying, there’s no weight to it.

Even if they can produce some “evidence” that the claims they are making are authentic, you need to get those claims independently verified before going ahead.

Any deal that’s “too good to pass up” is undoubtedly true if you’re a fool and your money is burning a hole in your pocket.

Real collectors don’t rush transactions. They know the value of what they’re dealing with, and they’re not afraid to charge you for it. They also aren’t into “fast trades” or “fast sales.” Be wary of snake oil salesmen peddling ill-begotten estate sales.

If you don’t believe me, here’s a Pawn Stars episode where that exact same thing happened to another gent. Only, in this case, he was convinced it was an authentic British flint-lock pistol from around the Revolutionary War…

…And George Washington spent a week sleeping in my house built in 1954.

Similarly, if you’re dealing with a private gun dealer that seems in a rush to offload a gun or gun accessory, be dubious. If someone knows the value of what he has, he’s not in a hurry to sell it. A rush comes with an imperative to be rid of something.

I’m not in a rush to sell my gold coins. They retain their value. I’m not in a hurry to sell a gun. It keeps its value so long as it is working.

I am in a rush to make sure the garbage gets out to the curb on time. That’s something I don’t dilly dally about.

Most private gun sellers are probably just fine, good honest folks like you. There are a couple of snakes out there. Make sure to keep some contact info even after the transaction is done so that if you see something you don’t like, you can make sure there’s someone held accountable.