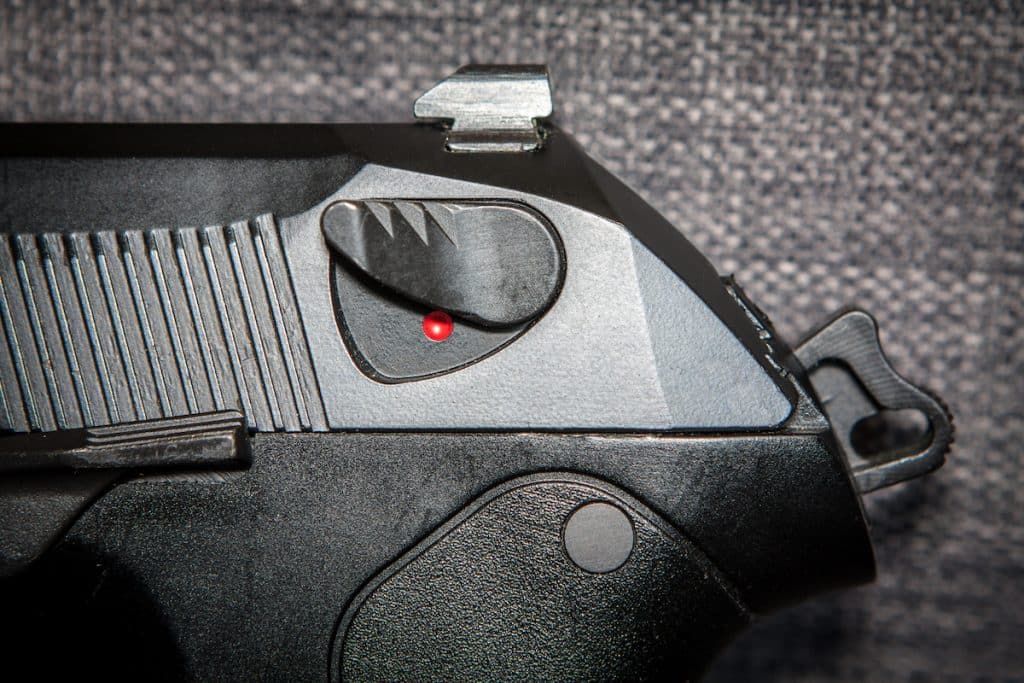 I’m thankful to work with the people I work with. They’re all concealed carriers. We don’t all agree about the different ways we carry, but we all agree it’s a definite must. We all carry DA/SA pistols — which is a funny coincidence considering striker fired pistols are increasingly WAY more popular and common. Recently, we got into a discussion about ‘locked and cocked’ with double-action/single-action handguns.

Co-worker 1: I don’t carry with one in the tube (a round in the chamber).

Me: I carry with one in the tube but de-cocked.

We ran the gamut. Again, this is pure coincidence that you get three guys sitting at the same table, all concealed carriers, all carrying basically the same kind of pistol, and we all run the spectrum on concealed carry philosophy.

The first co-worker, Rob, is an outdoorsman and grew up around guns. My second co-worker, Mike, is former military, married with a kid and an avid shooter. I’m former military. I took this opportunity to ask them why they carried the way they did.

Rob: I’m more worried about blowing (my junk) off than I am about drawing and not having time to rack a round in the chamber.

Mike: I’m also not worried about racking a round in the chamber, and I’m also more concerned about blowing my junk off.

The fear of a negligent discharge is real.

It doesn’t matter how many gun experts expound upon the marvels of modern firearms; there are still competent gun owners who will not roll with “one in the chamber.”

Personally, I carry with one in the chamber and de-cocked. I’m not worried about an 11-pound trigger pull for that initial shot. I don’t care how many times I’ve shot that pistol and trust it with my life; I’m not pointing a gun at myself in Condition 0. Irrational? Sure. It’s my call. And I carry concealed every single day — as do my co-workers.

This boils down to an even finer point: we don’t all have to agree. If I carried with one in the chamber and hammer back, I wouldn’t browbeat my co-workers for not. You know how many times I’ve used my concealed carry pistol to defend my life? Precisely zero times. You know how many times my co-workers have used their guns to defend themselves? Zero.

With some very fine, few exceptions, the answer is always zero. Zero.

Safe practices are important. Marksmanship is important. Splitting hairs about split seconds is generally the realm of that person in the room who just wants to weigh in on every conversation and relishes in letting people know how right he is.

Another fun part about having a gun: it doesn’t guarantee survival. If I’m in a situation where I’m worried about the time it takes for me to pull an 11 lb trigger (double-action), versus a 4 lb (single-action), I’m probably screwed.

This isn’t Mad Max. This isn’t the next summer blockbuster Jason Bourne-esque movie. This is real life. I do everything I can to stay out of situations where milliseconds matter. By being armed in the first place, I’m at least in the position to respond to a lethal situation within seconds.

I’m willing to bet my life I have the appropriate method of carrying my single-action/double-action pistol. My co-workers are both equally willing to bet their lives on the same. When it comes down to your life, you make that call, and you live it.