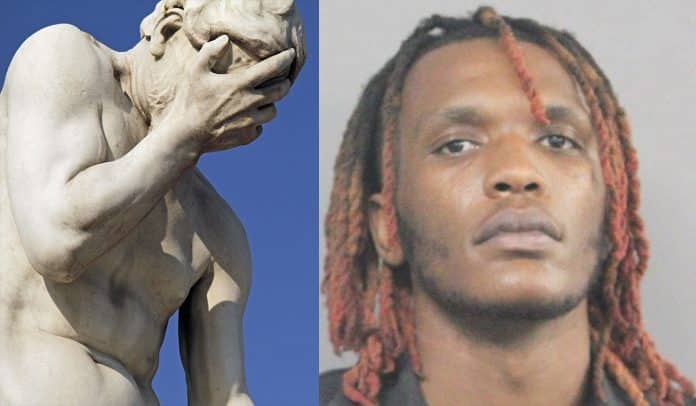 There’s no IQ test required for being a criminal. And if there was, this guy would have completely failed it. This news story caught my eye not only because of the stupidity of the criminal but also that it happened in the town I grew up in.

21-year-old Damont Meredith called 911 and reported that someone had shot at him. When deputies arrived, he gladly took them back to the scene of the crime.

There’s only one thing he left out. He was the one that actually committed the crime!

While Meredith was showing the police where the crime took place, 911 dispatch received another call. This time it was from a 28-year-old woman reporting that she had been robbed at gunpoint. She also said that the robber shot at here while he was fleeing and that she returned fire.

Neither the victim or criminal was hit. Luckily, no innocent bystanders were hit either.

Meredith admitted he witnessed the crime take place but was not involved. But the woman’s description of the robber fit him to a T. Maybe it was his died red dreadlocks that gave him away.

It is unclear whether the victim had a Louisiana Concealed Handgun Permit. In Louisiana, it is also legal to carry a gun in your vehicle as it is an extension of your home. Open carry is also legal in Louisiana. Whatever the case is, it is good that she was prepared to defend herself. The only suggestion I would have for her is to get some training and practice more since she missed the perp.