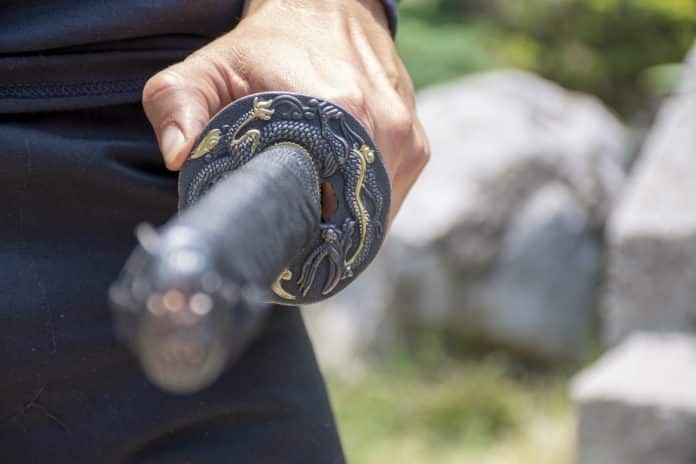 We’ve all heard the saying, “Don’t bring a knife to a gunfight.” Well, how about bringing a samurai sword to a gunfight? Apparently, that didn’t pan out too well for a man in New York yesterday afternoon.

50-year-old Theodore Scoville walked into Port Jeff Liquors in Port Jefferson, New York around 2:30 PM on Oct. 3, 2019. Unbeknownst to the store owner, Scoville had a two-foot samurai sword underneath his poncho along with a hunting knife.

Without saying a word, Scoville drew the sword and swung it at the owner at least three times. That’s when the store owner drew his legally owned firearm and shot the man dead.

After police arrived on the scene they reviewed the store’s surveillance footage and it matched the store owner’s description of the incident. He is not expected to be charged.

So I think it is safe to say, “Don’t bring a sword to a gunfight.”