Rural vs. Urban: Some Thoughts on CCW 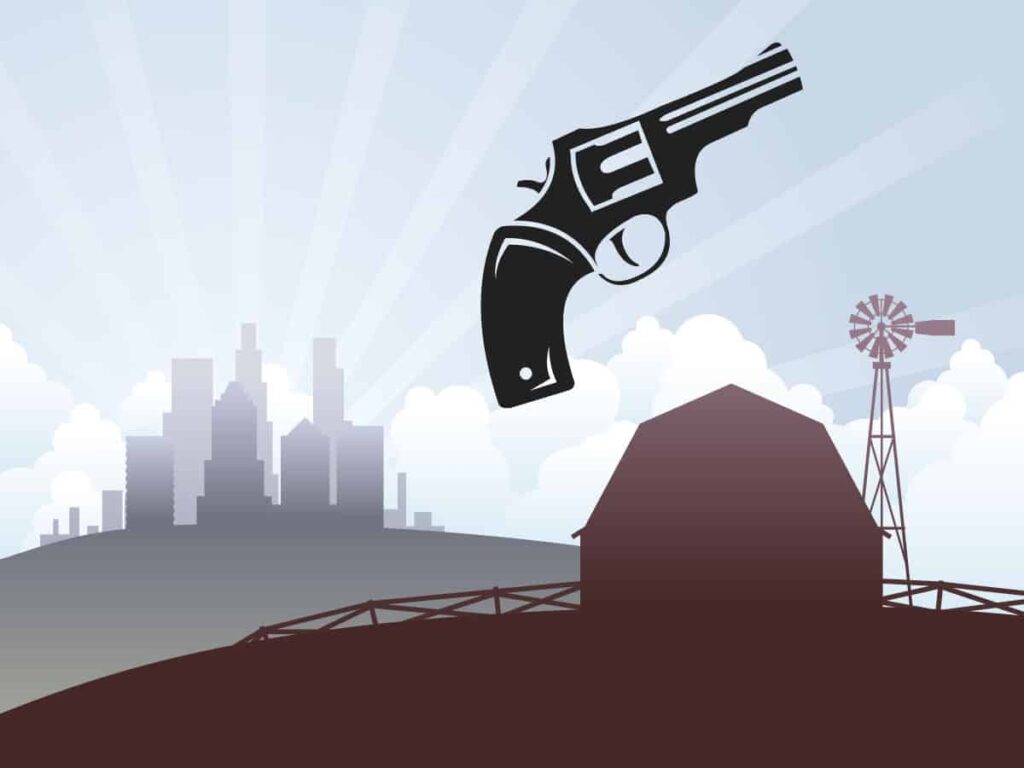 I have been blessed over the course of my not-quite-forty years on this planet to have lived in a great many parts of the US.  I’ve seen urban sprawl, small college towns, and I currently reside in an up and coming city by the shore. It’s been a hell of a ride, and over the course of that time I’ve noticed many differences in urban, suburban, and rural culture—some big, some small.

CCW is one of those issues. Not that either side has it right or wrong per se, but there are some key differences in urban and rural living that change why and how we carry. It’s useful to take a look at them for two reasons: first, we can better adapt to a change of circumstances or location. Secondly, by understanding why we do the things we do, we gain more insight into how to be better at CCW.

Yes, CCW is a skill. We’ve written about that extensively.

So what’s the difference? Well in broad strokes, rural dwellers face a wider variety of potential threats, but also have a bit more flexibility in how they carry. Urban dwellers have a more narrow threat profile, but are also more restricted in what they can do vis a vis CCW.

Let’s break this down a bit further.

Rural life is rich, rewarding, and often marked by a lot of  hard manual labor. Thus folks who live that way tend to dress for work—britches and boots, as the saying is. This can make concealed carry a lot easier, as overalls, work jackets, and the like lend themselves to concealment. Complimenting this is the fact that country life is often a lot more accepting of the right to keep and bear arms. This means that open carry is more likely to be an option, and that a breach of concealment may not be as big a deal. Legally the countryside offers fewer restrictions in general, and workplaces often have more permissive carry policies.

However: rural dwellers have a lot to worry about. Police response times are often slower, so that if a threat develops you may be without outside help for some time. If you’re in northern Alaska, help may be up to a few days away. So while you may be at lower risk of a violent incident, you’re on your own if one occurs.  And then there’s the wildlife. Rural dwellers live closer to the earth, and nature “red in tooth and claw” can be a threat. It may be a rabid coyote or a full grown bear, but our furry friends are occasionally not so friendly.

I’ll keep the urban section short, as I’d argue that writing about CCW tends to be a bit urban-centric. You’re around more people, help is a lot closer, and your threat profile is common criminals, gang bangers, or maybe a mass murderer if you’re especially unlucky.  In addition, concealment is a lot more  important and the limits of a professional wardrobe can really restrict how and what you carry.

So how does this change carry? Well, rural dwellers I’ve noticed tend to favor larger frame pistols, as they can get away with carrying them a bit more easy.  I’ve also noticed that revolvers tend to be more popular amongst country folks—particularly in the American West, where large frame revolvers of higher caliber tend to make a stronger showing. Part of this is cultural—cowboys, you know—and part practical: large wildlife call for a large reliable sidearm. Urban dwellers tend to find themselves fighting for a balance between ease of concealment and carry and the need for firepower. Case in point: small frame semi-autos in 9mm were made for the urban office worker crowd.  This complicates a host of things, from carry systems to draw and presentation to the legalities of carry.

In short, it’s an exercise in adaptability. We all have unique needs, even within the confines our AO, and we all need to meet them. I wrote this article in part as  a thought exercise to break down the components of CCW as I see it. Some of you have different experiences, and I’d love to hear from you in the comment section or via email.