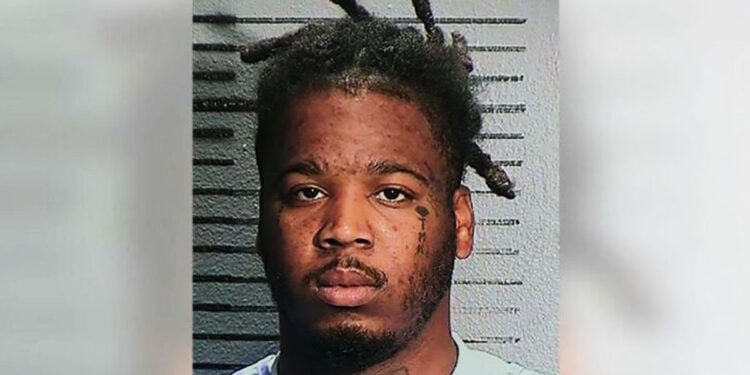 SACRAMENTO, CALIFORNIA — On today’s episode of Useless Pieces Of Garbage, we’re introduced to Smiley Martin, a suspect in the recent mass shooting that took the lives of 6 people and injured 10 others. Martin was released early from prison just a month prior, after serving less than half of a 10-year sentence for domestic violence and assault with great bodily injury.

He was sentenced after he pushed his way into his girlfriend’s home, punched her, dragged her from the residence by her hair and whipped her with a belt.

His history of violence goes back to 2013. Yea, he’s a really nice guy.

On his release, the California Department of Corrections and Rehabilitation had this to say:
“Smiley Martin, 27, was received by CDCR in January 2018 from Sacramento County with a 10 year sentence for corporal injury and assault likely to cause great bodily injury. Prior to reaching a CDCR facility, Martin had already received 508 days of pre-sentencing credits, and received a variety of additional post-sentencing credits. He was released to Sacramento County probation in February 2022.”

Martin’s brother, Dandrae Martin, was the first suspect to be arrested in connection to the deadly shooting. It seems violence runs in the family.

Also, someone should really charge his mother for naming him Smiley, because that should be illegal.

This is yet another instance of violent felons being released early, and going on to commit more violent crimes. In most cases, a violent person will remain violent until their end, and unless significant progress is seen, they shouldn’t be seeing the light of day after a serious conviction.