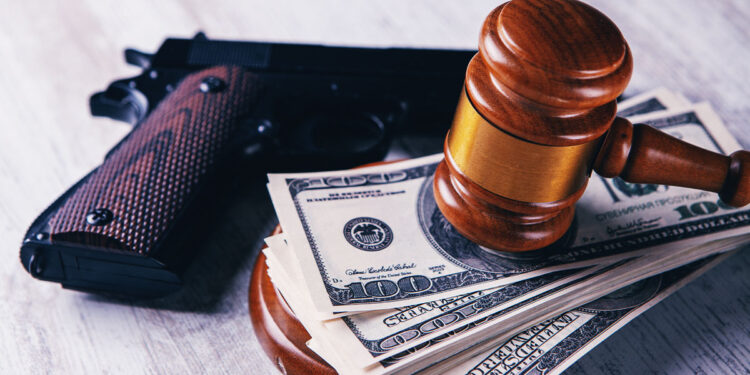 Supposedly, this is to “incentivize safer behavior and ease taxpayers of the financial burden of gun violence.”

The Democrat Mayor stated that San Jose residents incur about $442 million in gun-related costs each year. “Certainly the Second Amendment protects every citizen’s right to own a gun. It does not require taxpayers to subsidize that right.” via CNN.

Okay, so just doing some simple math here, but you’ve got $442 million in gun-related costs each year. As of 2019, San Jose has a population of 1.028 million. According to the website World Population Review, 28.30% of the residents in California are gun owners. That comes to an estimated 290,924 gun owners in San Jose, CA. Charge those gun owners $25 a year, and that nets you $7,273,100. That doesn’t really put a dent in the “$442 million” that the mayor says is incurred every year.

Why would anyone have to pay a yearly fee to exercise their 2nd Amendment rights? Or any other rights, for that matter? Would you be okay with paying $25 a year for the freedom of speech?

And then there’s the second part, requiring all gun owners to carry liability insurance. I’m all for concealed carriers having some type of legal protection such as USCCA. But this isn’t something that should be required.

With the fees and costs of insurance, that could be enough to price someone out of owning a gun. What if they simply cannot afford it. So then they just don’t get to exercise their 2nd Amendment right? That just doesn’t seem…right.

“If the San Jose City Council actually votes to impose this ridiculous tax on the Constitutional right to gun ownership, our message is clear and simple: see you in court.”

There is a reason that annual fees have not been imposed on firearms owners in other cities: such fees have already been declared unConstitutional.

“5. The flat license tax here involved restrains in advance the Constitutional liberties of press and religion, and inevitably tends to suppress their exercise. P. 319 U. S. 114.

“6. That the ordinance is “nondiscriminatory,” in that it applies also to peddlers of wares and merchandise, is immaterial. The liberties guaranteed by the First Amendment are in a preferred position. P. 319 U. S. 115.

“7. Since the privilege in question is guaranteed by the Federal Constitution, and exists independently of state authority, the inquiry as to whether the State has given something for which it can ask a return is irrelevant. P. 319 U. S. 115.

“8. A community may not suppress, or the State tax, the dissemination of views because they are unpopular, annoying, or distasteful. P. 319 U. S. 116i.”

The right to own firearms unencumbered by ownership fees is as much about the First Amendment right to freedom of expression as it is about actual firearm ownership. Firearm ownership conveys a point of view – one with which this council takes issue and finds “… unpopular, annoying, or distasteful.”

The law does nothing to keep firearms out of the hands of criminals, nor will it serve to reduce suicide. The required insurance and annual fee simply shift the costs resulting from criminal activity, who will not abide by this law, to the law abiding. In the long run, the law will be more costly to litigate on Constitutional grounds than the city will be able to afford.

This is absurd and just like saying you have a Right to a Speedy Trial if you have paid the $25 fee and have a receipt… Or to enjoy any Constitutional Rights as long as you pay for them. I’m so glad I left California in ’92 but we all need to fight against idiocy like this!