The Second Amendment is Thousands of Years Old 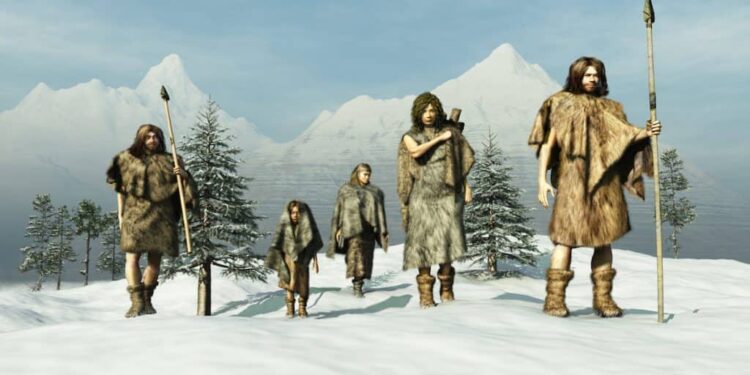 New Year’s Eve- A robber while displaying a black gun threatened to blow the head off a cashier in a convenience store. He got away with a bag of snacks.

January- 2018- A 36-year-old woman was killed by a gunman outside a grocery store because she bumped him while inside the store.

January- 2018- A 54-year-old woman and her daughter were found dead in her bedroom killed by a former boyfriend with a gun.

January- 2018- More than a dozen MS-13 members arrested. Long Island based with expanding operations, the gang is claimed to be responsible for multiple murders – the gang is known to kill anyone who stands in the way of their drug trafficking and other illicit activities.

These are just a few examples of recent violent events in New York City. With little effort, we could flood this website with articles about similar despicable, violent episodes.  Presumably, readers of USA Carry would agree that on their face, one would be justified in using deadly physical force in these encounters. Indeed, the victims in hundreds of deadly encounters in New York City are presumably not armed with a firearm. Ironically, some attempt to portray New York City as being safer because the good guys cannot carry weapons. Safer with some 34,000 police officers, who cannot be everywhere, on time, all the time, to defend more than 8.5 million people. But, tell the victims that they are safer. Tell them “sorry, but you do not have the right to defend yourself fully, you must believe the government knows better.” Before getting into that, let us digress for a moment.

How did it evolve that the government has the right to take away something that is basic and intrinsic to us? Let us start from the very beginning. We are animals. Not in the belligerent sense (hopefully!), but in our biological make-up. Virtually every animal has some type of natural defensive mechanism. Spiders can inflict lethal bites, skunks can spray, porcupines have needles, chameleons change colors. Defense mechanisms are in place to protect against predators. In addition to the well-known “fight or flight” adrenaline surge, Homo Sapiens have intelligence. This is one of our primary defense mechanisms. Intelligence has given us the ability to develop weapons to protect ourselves and our nations. These weapons were developed to protect us from predators when all else fails. Our smarts have helped us survive from the beginning of time, from the discovery of fire to the use of wooden clubs to the invention of a device which is capable of emitting a projectile at high speed to terminate a vulture bent on causing us death.

As time evolved, inventions developed alongside our ability to think which in turn permitted development and progress. We are placed on top of the evolutionary ladder. Have we really progressed though? Not when some want to take away our God-given inherent, primeval right to protect ourselves and our families. That is digression.

So, we then must appreciate that in relying solely upon the beloved Second Amendment to combat anti-gun advocates we sell ourselves short. The right to possess weapons and defend ourselves goes well beyond the Second Amendment. This right predates the Second Amendment by thousands of years. The right to bear arms is thousands of years old. If we think about it, the Second Amendment merely codifies something very archaic.  It is almost the same as requiring a statute to give us the right to breathe air (not sure Congress could even agree on that today!). While some believe that the Second Amendment was put in place to protect citizens from a tyrannical government, it is really only secondary to the fundamental concept of individual self-protection. While it may well arguably be the case that we do not need weapons to protect against the militia anymore, more than ever, however, we must retain the ability to defend and protect our own selves. We are animals who will die if injured severely. We bleed. We must ask the anti-gun fanatics, why do you want to take away our choice of instrument to defend ourselves? Ask them if someone was about to kill one of their children, would they not use everything they had in their power to stop it? It is instinctual.

The Second Amendment is great, but it pales when we talk about our own individual selves. Take away that which is inherent to us, and you take away our ability to think for ourselves. This is what “Bloombergers” profess. The government needs to think for us- just as the former Mayor advocated- things like controlling the amount of soda you can purchase or the amount of salt you can put in your food to put in our own mouth!  You need government to do it for you. However, anti-gun advocates cannot possibly win this argument when it comes right down to basics.

Take away then all the rhetoric as to the origins of the Second Amendment and its applicability to the present day. Forget it. There exists something even more basic. As sane, non-violent individuals the right to be able to possess a firearm at any time and any place is etched in our genes. It is a right that every animal possesses instinctually and naturally.

So, when you read the headlines from New York, a City where you are basically not permitted possess a firearm, you must think to yourself, something is very awry here.  It is easy to recognize that gun control advocates are attempting to take away our inherent right to defend our person. Ironically, however, they practice defense every day. Locks on doors, alarm systems, emergency exits, and so on and so on. Why then take away a big deterrent to the street predators?

There really isn’t any justification for gun control advocacy. You can’t take away that which was given to us by our creator. Unless one is advocating taking over our ability to make our own decisions, then one cannot advocate taking away our right to carry a firearm. Anti-gun people want control. Simply put. It has nothing to do with those who choose to murder using a gun, as those individuals will find another way, as we have witnessed, to accomplish their abhorrent acts. When an automobile has been used to run down innocent people, why aren’t the control folk calling for the elimination of the automobile? Or how about all knives, fertilizer, pressure cookers and razor blades? It’s intellectually dishonest for them not to call for the abolishment of these potentially deadly items.

To solidify this premise, it is unfortunate that we can point to some recent history to show just how foolish the anti-gun lobbyists really are. Take a really big weapon, like a nuclear weapon. When some Californians and Hawaiians are afraid that North Korea can reach them, what do they do other than hiding in shelters or putting their children in storm drains? They are advocating the elimination of firearms. But, are they advocating eliminating our national defense arsenal? Let us hope not. It has to be clear to the individuals residing in these areas who are anti-gun activists, that the only thing in reality that is preventing their destruction are our “big guns.”  Truth then be told, the same logic must apply to each of us in our everyday lives. Again, we come back to the concept of self- preservation which began thousands of years ago and is very true today on every level, even the level of national defense.

The whole discussion then is about one thing- our fundamental right as living beings to protect ourselves. Take this away, and we surrender the very essence of ourselves.

Undoubtedly, cavemen with clubs would be impressed to read these headlines instead:

Halloween-2017-A terrorist attempted to use a rental truck to run down people on a bike path. At least eight people on the path survived due to the quick thinking of an armed citizen.

New Year’s Eve- A robber who displayed a black gun while threatening to blow the head off a cashier in a convenience store was shot by an armed citizen before he could even get away with a bag of snacks.

January- 2018- A 36-year-old legally armed woman killed a gunman outside a grocery store who threatened her with a weapon after he claimed she bumped him while inside the store.

January- 2018- A 54-year-old woman and her daughter were found uninjured inside her apartment bedroom after killing a former boyfriend who entered the apartment and threatened use of a gun.

January- 2018- MS-13 gang members known in other parts of the world to kill anyone who stands in the way of their drug trafficking and other illicit activities have been reluctant to attempt to infiltrate New York neighborhoods due to the high percentage of law-abiding citizens carrying concealed weapons.

Clement S. Patti, Jr., graduated from New York Law School in 1981 and was a Westchester County, N.Y. prosecutor for over 20 years. He has been practicing law in the private sector for the last 15 years, specializing in criminal defense and is a strong advocate of Second Amendment rights.