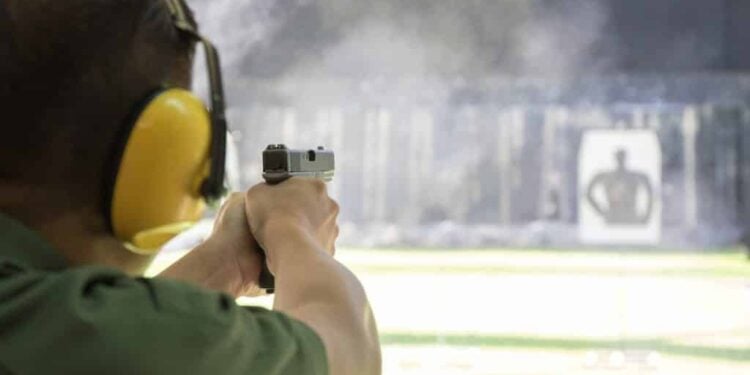 The world is a different place in many ways today than it was even when I was a child. As it pertains to violent crime, we actually can’t say that things are worse as statistically crime and homicide is significantly less than it was in the late eighties and early nineties. However, and depressingly, one form of crime that has actually grown in frequency is the active killer phenomena. Active shooter events are still the most common form of mass murder in the United States although we see vehicle, knife, and explosives used as well.

With the increase in the frequency of such incidents, although they are still much less common than more random forms of street crime, the training concerns for the average armed citizen should change accordingly. The most apparent change in skill and tactics as it applies to facing such active killer threats is the ability to shoot at a distance and make hits at ranges that have historically been considered beyond the practical performance envelope of the handgun. Indeed there are those who will proclaim that such incidents are too obscure to consider and that the handgun is only a last-ditch defensive tool for close distance affairs. However, should you find yourself in such a situation the handgun is the weapon you will realistically be limited to as few people carry a rifle under their shirt.

You will fight with the gun you have on you.

We have seen a number of active shooter incidents end when good guys made long distant shots to neutralize the killer. The Fairchild Airforce Base shooting and the Trolley Square shooting are both examples of this, in the first incident a first responder made multiple 70-yard shots to stop the killer, and in the second an off-duty police officer engaged the killer at a long distance with handgun fire. We have seen it done and with the increase of such incidents, there is little reason to think there will be anything but a growing need for such a response.

Is it still unlikely?

Certainly, but it is unlikely to need your defensive firearm on any given day. Those who prepare to defend themselves against violence are concerned with the stakes rather than the odds. If a long shot with a handgun must be made to neutralize an active killer, the stakes are high. If in such a situation this ability will be well worth having.

The Mechanics of Shooting at Distance

The handgun is the most challenging firearm platform to shoot well due to the reduced size of the weapon, reduced sight radius, and the fact that we have only a single point of contact on the gun. Even with two hands, we are just contacting the grip as opposed to contacting the grip, forend, butt pad, and stock of a long gun. These elements combine to make a far less capable weapon at longer distances.

Another issue compounding this limitation is the fact that most handguns have a trigger pull weight that far exceeds the weight of the gun itself. The ability to depress a trigger that commonly takes anywhere between five and fifteen pounds of pressure, depending on the handgun, yet not disturb the sight picture of the gun itself which usually weighs less than two pounds, requires significant training.

So, what kind of distance are we talking about when we refer to shooting at greater distance with our handgun?

There are a lot of elements involved, but the ability to shoot at longer ranges is primarily based on the skill of the shooter. However, gear also plays a role as a full-size service pistol is going to facilitate greater accuracy than a small pocket pistol at a more extended range. I encourage folks to build the skill to hit a man-sized torso at 50 yards. It is certainly possible to push well beyond this, but a 50-yard range in which you can predictably put rounds on a reasonably sized target with the gun you carry makes sense.

The way to develop the ability to shoot your handgun at further than conventional distances is to practice this skill specifically. Shooting only at close and small targets can sometimes be deceptive as the presumption that a nice small group at 5 yards will equate to a larger but acceptable group at 50 yards. This is not necessarily true, and the only way in which to ascertain your accuracy at 50 yards is to shoot at that distance. Many indoor ranges only provide 25 yards or so and if you don’t have access to 50 yards or more at least work on shooting smaller targets at the maximum range you have available.

The greater the distance, the more precise you must be with sight alignment and sight picture. With the limited sight radius of the handgun, this is challenging. The concept of equal height, equal light, really comes into play when shooting a man-size target at 50 yards and beyond. The front sight needs to be sitting centered in the notch of the rear sight, and the front sight post needs to match the height of the rear sight precisely. With a perfect sight picture, you can ascertain your point of impact. Depending on the caliber and even the individual round you may need to hold differently to make hits. If your windage is off (where your shots are impacting horizontally), you can often drift your rear sight to adjust point-of-impact on most handguns. If the elevation is off, you can usually determine where you should hold relative to the distance. Be sure to practice these long shots with your defensive carry ammo as different rounds can make a massive difference in point-of-impact at this distance.

The single most significant factor in the ability to make longer shots with the handgun is trigger manipulation.

All of the components of a proper trigger press must be accounted for, and any disruption of the gun made by a mistake in the trigger manipulation will result in a miss at a distance. A consistent press of the trigger straight to the rear is essential. An excellent way to assess your trigger press is to dry fire your carry gun while focusing on the sights against a blank white wall. Look closely at the movement of the front sight. Does the front sight dip downwards when the trigger breaks? Does it move to the left or right? Adjust your finger placement if you notice any sideways movement and focus on pressing smoothly rearward.

We live in a rapidly changing society, and history proves that the world has always been a dangerous place. The reality is that violent crime is not worse than when we were younger, but we do face the more common threat of active shooters and mass killers. The nature of the threat we face has changed, inter-personal violence is no longer strictly a close range affair. Consider this in your training and maximize your ability with your defensive tools.

The Second Amendment is Thousands of Years Old