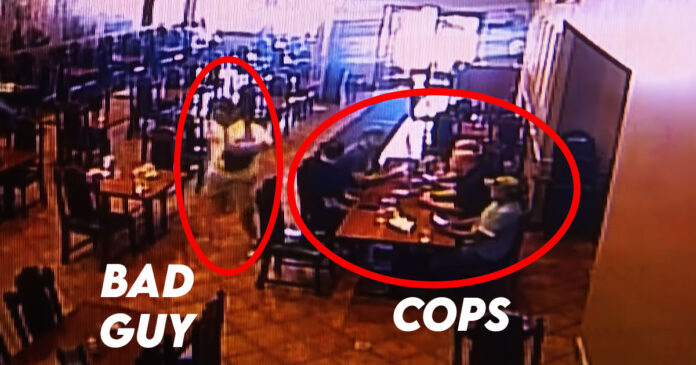 The incident happened on August 24th in Chicago’s Northside and was a case of road rage gone bad.

Alexandru Mihai, 19, and his passenger allegedly drove a stolen Porsche and slowed down in front of a 24-year-old Acura driver. The driver of the Acura then went around the Porsche to turn left onto North Western Avenue.

Mihai sped up to the Acura and pulled alongside it, and that’s when Mihai’s passenger opened fire. Fortunately for the Acura driver, he only suffered a gunshot wound to the arm, but there were also three bullet holes in the side of his car.

“It’s a miracle the driver was simply struck in the arm and no one else was harmed,” Judge Mary C. Marubio said.

Prosecutors said police spotted the Porsche, tried to pull it over, and then began to chase it, but Mihai kept driving and crashed a mile away at Giddings Plaza. A witness took photographs that allegedly show Mihai getting out of the driver’s seat.

Mihai ran through Garcia’s Restaurant, where several Chicago police officers were eating, and headed for the back door. As you can see in the video, the stunned police officers chased him out then arrested him in an alley. Apparently, Mihai chose a terrible place to try and run into.

Mihai allegedly was carrying about 7 ounces of codeine, key fobs from three different vehicles, and two loaded handguns in the Porsche’s front passenger door when arrested. He was charged with attempted first-degree murder, possession of a stolen vehicle, and felony possession of a controlled substance. The passenger escaped down an alley and has not been found.

We often let our guard down in areas we think are safe. This unforeseen act of road rage came from a $110k Porsche SUV with dealer plates. That’s not exactly the type of vehicle you would suspect a person to open fire from. The incident was in a low-crime area on Chicago’s North Side known for trendy cafes, hip cocktail bars, and draws fashionable young crowds. This should remind us to stay alert and watch for potential danger no matter where we are.