There was a memorable scene in the movie “Dances with Wolves” where Lt. John Dunbar, as played by Kevin Costner, awakes from a dead sleep. A group of Lakota Indian youths just stole his horse in the dead of the night. In his haste to react, he accidentally slams his head into an overhead beam, which renders him unconscious for a while.

Allow me to tell you about a hot August afternoon in Forsyth, Georgia. I had just arrived at the motel where I would be staying for a couple of days while attending Defensive Tactics Instructor Training. I checked in, got the room key, and went to the room. Unlocking the door, I perused the room and decided to take the bed closest to the window. I unloaded the car and brought “Boo Boo”, my Mossberg 500 tactical shotgun in with me. Putting things away, I decided to slip “Boo Boo” under the bed where I could get to him easily. I unzipped the case so that I could reach in and grab it should the need arise.

I left to find a place to eat and the door locked, as it should, behind me. I enjoyed a nice meal at a local restaurant and then drove to theGeorgiaPublicSafetyTrainingCenterto orient myself and see where the training was going to take place. Settling in for the night, I fastened the security chain on the door. Not that it meant anything but I was in an unfamiliar place and in a room that was not located in the busier part of the motel. It is always good to be cautious. Satisfied, I flipped on the T.V., lay on the bed, and relaxed. This is great! I thought. I am one person in one room. Perfect, I thought as I drifted off to sleep.

At about11:00 p.m.the door opened against the chain. Not fully awake, I quickly grabbed “Boo Boo” from his resting place under the bed with my left hand. The door quickly closed. “Hold on!” I heard from the other side of the door. “I’m your roommate!” the voice exclaimed. I looked down and the muzzle of the shotgun was looking back at me. I had grabbed the barrel of the gun instead of the receiver! I quickly got up, put “Boo Boo” away and unlocked the door. I apologized to my new roommate and told him that the motel failed to let me know that I was not to be alone. He quickly acknowledges the same and I called the front desk; whereas, I let them know in no uncertain terms that their failure to let someone know that there were supposed to be two people to a room could cost somebody their life. I also learned a lesson that day and admonished myself for not preparing properly. Had I positioned the shotgun with the barrel pointing away from me, I would have grabbed the receiver rather than the barrel.

My home shotgun rests high in a closet and I would have to make a concentrated effort to retrieve it. I also have a GP100 in a lockbox. What used to be my EDC is in the nightstand for night duty; a Bersa 45UC that is loaded, one in the chamber, with the safety in its “safe” position. The Bersa 45UC is a double-action first shot. The decocking/safety lever, when in “safe” mode, disallows the trigger to engage anything that would cause the weapon to fire; it is, essentially, a free-floating trigger. To fire the weapon, I must physically move the decocking/safety lever from its “safe” position to the “fire” position and a then pull a long, double-action stroke on the trigger. This adds an added degree of safety, in my opinion.

I began carrying the Glock G36 as my EDC but I do not keep it close for use at night for one simple reason – the trigger. Being suddenly jolted awake at night and find yourself holding your “home defense” handgun with your trigger on the finger is all too easy.

Imagine if you will, the following:

You have settled in for a good night’s rest. Within minutes, you go from a human being cognizant of your surroundings and usually in a relaxed state. You are about to enter, as Jeff Cooper established, “Condition White”.  “In White, you are unprepared and unready to take lethal action. If you are attacked in White you will probably die unless your adversary is totally inept.” – Jeff Cooper

During sleep, we normally pass through five phases of sleep: stages 1, 2, 3, 4, and REM (rapid eye movement) sleep. These stages progress in a cycle from stage 1 to REM sleep, then the cycle starts over again with stage 1. As adults, we spend almost 50 percent of our total sleep time in stage 2 sleep, about 20 percent in REM sleep, and the remaining 30 percent in the other stages.

During stage 1, which is light sleep, we drift in and out of sleep and can be awakened easily. Our eyes move very slowly and muscle activity slows. People awakened from stage 1 sleep often remember fragmented visual images. Many also experience sudden muscle contractions called hypnic myoclonia, often preceded by a sensation of starting to fall. These sudden movements are similar to the “jump” we make when startled.

When we enter the second stage of sleep, our eye movement stops and our brain waves become slower, with occasional bursts of rapid waves called sleep spindles.

By stage 4, the brain produces delta waves almost exclusively. It is very difficult to wake someone during stages 3 and 4, as they are in deep sleep. There is no eye movement or muscle activity. People awakened during deep sleep do not adjust immediately and often feel groggy and disoriented for several minutes after they wake up. 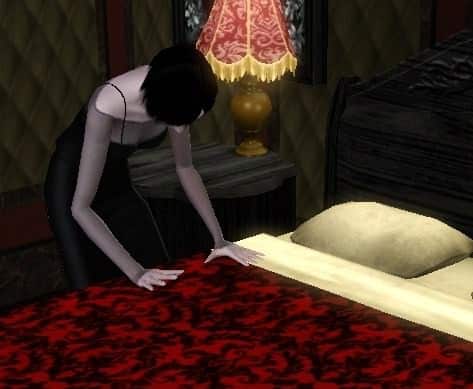 Sleeping is a dynamic activity. People awakened during deep sleep do not adjust immediately and often feel groggy and disoriented for several minutes after they wake up.

Now, imagine if you will that, you are going through these various degrees of sleep and the house alarm sounds, which immediately causes chaos throughout your system. You jolt upright not being able to focus your eyes in the dark conditions that exist. You reach into your nightstand drawer to pull your Glock ‘whatever caliber’ from its resting place and the flashlight that also resides there. You are wearing your “tighty-whiteys or “Boxer” shorts. Maybe, you have a T-shirt on or maybe you are buck-naked. Maybe, you grab a robe or some other garment – or not. Regardless, you are in a heightened state of awareness, your heart is pounding in your chest and your hand that is holding the gun tightens in automatic response to a possible threat – and you shoot yourself in the leg. You left a round in the chamber and did not even think about it as your mind slowly unwound from dreams of your last vacation in the Bahamas with Bahaman Mommas and songs by Jimmy Buffet rolling through your brain.

Much later, and after you have recovered from your injury, you limp around because of shooting yourself with that latest in technologically-advanced and so-wanted jacketed hollow point bullet that turned your flesh, muscles, and bone into shredded meat, you are re-thinking your position about leaving a round in the chamber while you store the gun for the night. It does not sound so good right now.

The impetus for this write-up came from a thread on a website that asked fellow readers if they stored their firearms with loaded chambers. The responses were as varied as the readers were. The responses opined on short-term and long-term storage to should magazines be loaded for long periods and should your nightstand, castle-defending firearm be loaded with a round chambered while you are sleeping. I think that it is a topic worth looking into.

As I stated earlier, my Bersa 45UC rests in the nightstand table, loaded, a round chambered, and the decocking/safety lever in “safe” mode. With the long, 10-pound DA trigger, it is more like a revolver in that it takes a substantial amount of force to pull the trigger for that first double-action shot. I leave the decocking/safety lever in “safe” mode simply because I am used to operating a safety on pistols and doing so is second nature to me.

There are also many ways to store a firearm near the bed so that it is readily available when you need it (like the CrossBreed Bedside Backup). As with any kind of “storage” system, you must practice retrieving the weapon (unloaded, of course) and adjustments made where necessary. Regardless of how you store the weapon, the question whether you chamber the first round of that weapon requires some thought.

If my Glock (or another similar striker-fired pistol) resided in the nightstand drawer or other quick access location, it would be “safed” by removing the chambered round, the trigger pulled, and a fully loaded magazine inserted into the magazine well; I would have to physically pull the slide to the rear and release it to chamber a round. For these types of pistols, this is a safer alternative (to me) than leaving a round chambered on a gun that that takes very little pressure (about 5.5 pounds) to send the striker forward.

Single-action semi-automatics (1911 style) normally have at least one safety but also may incorporate a second (grip) safety that prevents the gun from firing unless both the hammer block safety is “off-safe” and a proper grip is applied to the gun. There are also pistols that are DA/SA and my thought is that they make a better choice over “safe” actions for a bedside firearm, as they are normally de-cocked and require a substantial pull of the trigger to fire.

There are also striker fired pistols that have a safety lever and may be safer when keeping a round chambered; you must manually activate the safety to “arm” the weapon.

If a double-action revolver happens to be my choice of firearm to keep my household defended, it is fully loaded. Since it takes quite a bit of poundage to pull the trigger through to drop the hammer on a live round, it makes it a little bit harder to pull the trigger when I do not want to.

The home shotgun is loaded, but the rounds rest comfortably in the feed tube without one chambered. It takes a concerted effort to manipulate the slide-action when chambering a round and I am all right with that.

Regardless of your choice of bedside firearm, it is the responsibility of the gun’s owner to look after its welfare and ensure that it is safe until it is time, well, not to be safe. After all, and literally speaking, nobody wants to shoot themselves in the foot.

“No one ever won a battle by dying for his cause. He won it by making the other bastard die for his cause.” – A paraphrase of a quote by General George S. Patton.