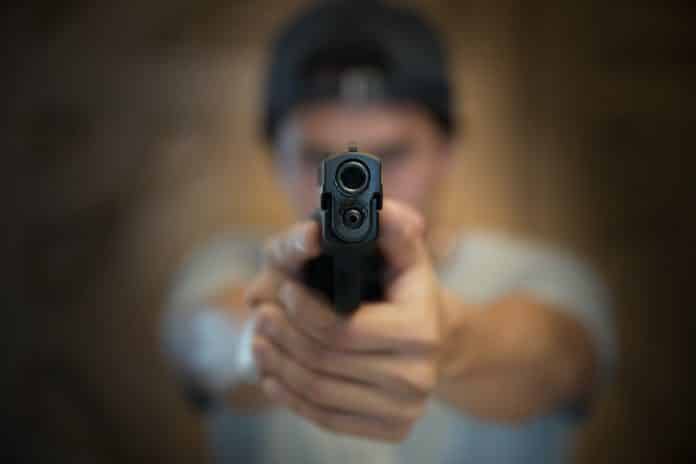 Convenience stores have long been known targets for robberies. Around 10:00 PM a week ago in Houston, a man attempted to use a counterfeit $20 bill at a Super Qwik Food Store but was denied by the clerk.

Somehow the suspect made his way into the clerk’s secure area (apparently not so much), pulled a gun, and fired at the clerk at very close range. The suspect’s shot missed, but the clerk’s return fire didn’t striking the suspect multiple times. He was transported to a hospital where he later died.

“Luckily and fortunately for the convenience store clerk, he had a gun with him. He was able to return fire,” Houston Police said. “He’s very fortunate to be alive right now. We’re thinking that the bullet that the robber or suspect fired was only a few inches away from him.”

Surprise, the suspect had a record and had been released on parole for a similar incident last summer. No charges are expected against the clerk.

We often teach concealed carry students not to expect any praise from the police, but it does happen. It wasn’t reported if the clerk had his gun on him or merely close by, but either way, we should be able to surmise that he was able to get it into action very quickly.

We also teach that drawing on an already drawn gun is very risky, but when you are already being shot at there isn’t really a choice. He also apparently kept a cool head and focused on what he had to do to survive. Could you still manage to draw and deliver accurate fire under these conditions?