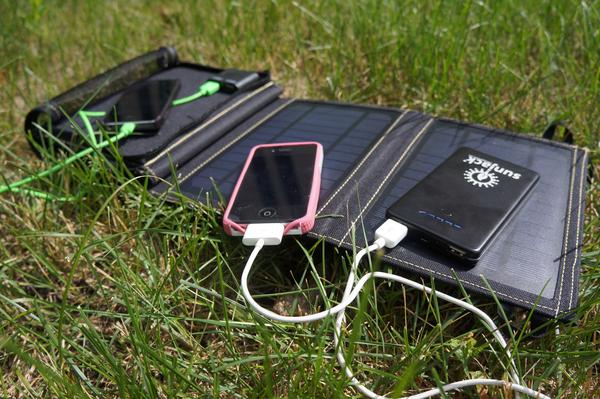 You’ve decided to go camping, hunting or fishing or just add to your go bag. You need to decide on what to take and what’s too heavy or virtually useless. That’s a good place to start. Today I’m going to suggest a product that I think you should seriously consider taking with you in any one of those scenarios.

One of the things you’ll most likely be taking with you is your mobile phone. You may even carry a separate portable GPS or another portable technological marvel that you’ve deemed invaluable. These days keeping these things charged if you’re out and about, especially away from an electrical outlet for long periods of time, can be a challenge. Heavy screen usage of your mobile phone will drain your battery faster than just about any other activity. So, what’s the solution?

SunJack makes something that I think is a great solution to this. It’s a portable solar charger that is rugged, lightweight and very useful. The Sunjack 14W + 8000mAh battery kit is the solution I think you should have a look at.

The kit consist of a solar panel, battery pack, small carabiners and a charging cable. The solar panels when folded up are about the size of a standard iPad. When deployed fully, it spreads out to 31” wide and 9” tall. There are seven small loops sewn onto the carrier so that you can use the included miniature carabiners to attach to all manner of things. It weighs just over a pound (with the storage battery being a majority of that) so it’s lightweight and easy to find a slot in your backpack to carry it around when not deployed. The entire case for the solar panels is made from rugged ballistic nylon with a pocket to carry cords and the storage battery. It is completely self-contained, which is something else I look for when taking something out in the field. I want it to be as simple as possible, easy to carry, easy to understand and self-contained. This unit meets all of those criteria. 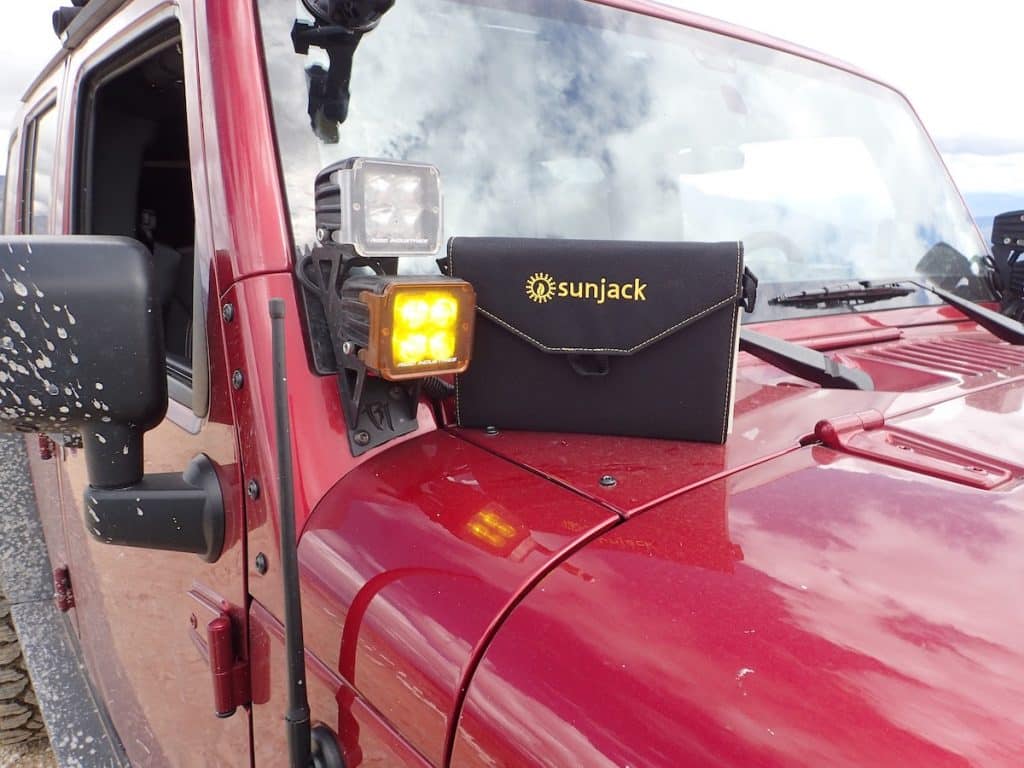 I took this unit with me to Ouray, Colorado to do some 4 wheeling and camping and abuse it a little to see how sturdy it was. It was thrown in the back of my Jeep, bounced around while off road, dragged from place to place to place and generally beat up for about 10 days. All through that time, it doesn’t show any damage and it’s no worse for wear. I will note that while it was being transported I did have it folded up.

I used it to charge my LG V20 phone, along with a few other gadgets I had. It worked just like nearly another other product I’ve used, yet withstood the heavier than normal usage in the field. Attaching the solar panel to a backpack was easy with the included carabiners, which allowed me to charge the included storage battery during the day and use it to charge my iPad and phone at night. The SunJack storage battery was usually good once fully charged to recharge my V20 at least 4 times before it was spent. It would give me one full charge on my iPad Air 2, or charge both about halfway in an emergency. 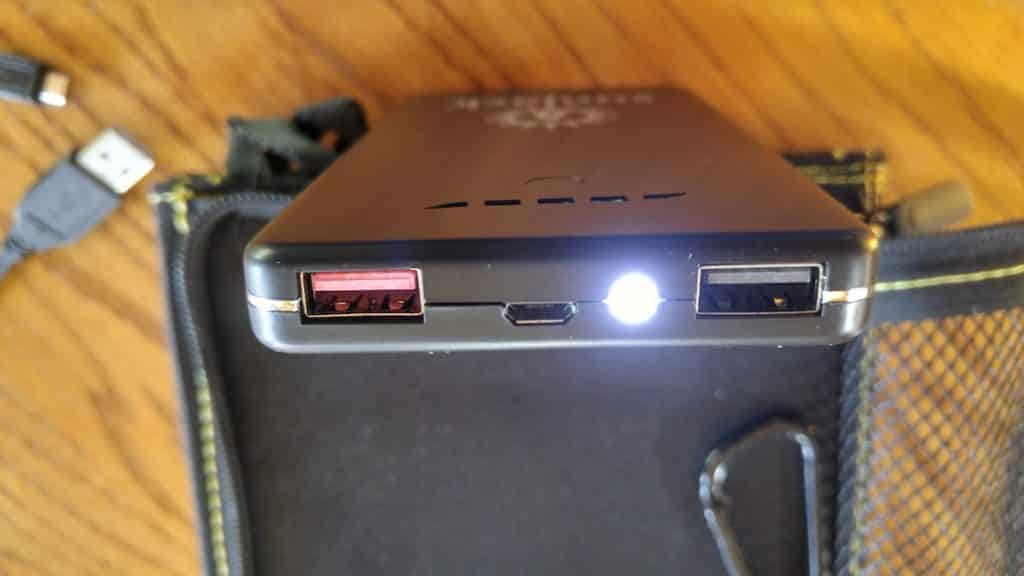 Another little hidden but very useful feature is that the storage battery has a nice little emergency flashlight built in to it. Holding down the charge button a little longer will turn the light on, holding it down again will turn it off. I found this very useful when digging around in my bags.

Overall, I think this unit is cleverly designed, rugged and very useful. Best of all, the folks at SunJack have a 100% satisfaction guarantee and this unit carries a 1 year warranty.