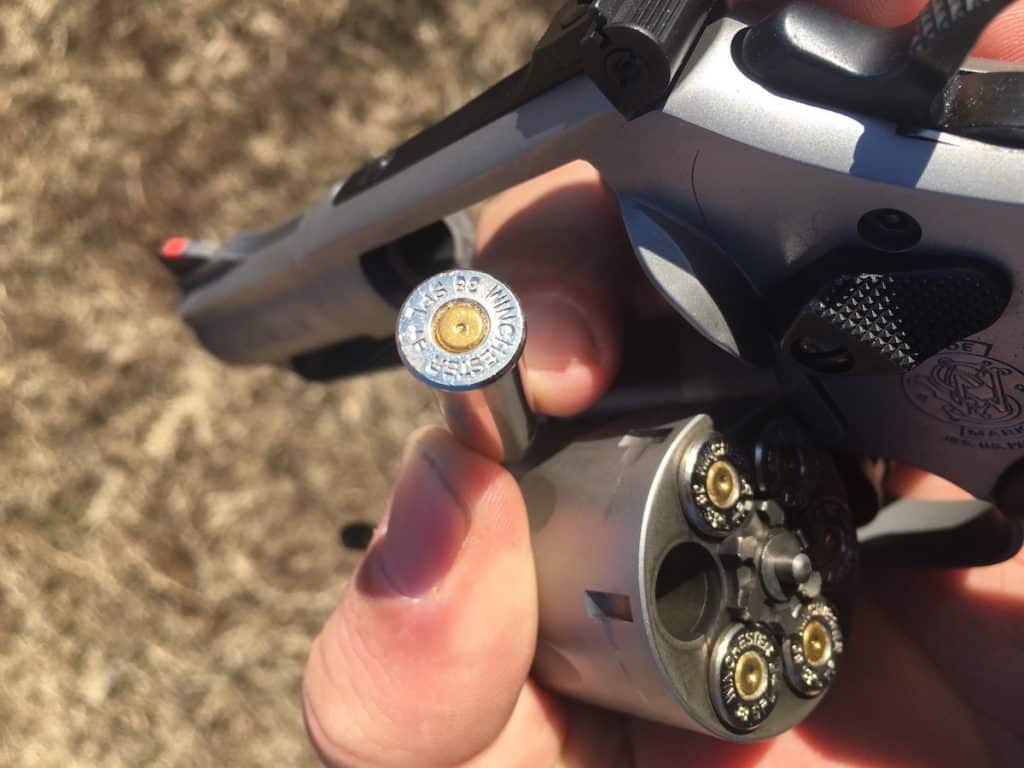 I did a review of the S&W Model 66-8 Combat Magnum with a 2.75” barrel. I liked the gun, except for the trigger. Instead of writing the firearm off because it has an incredibly heavy trigger from the factory, I decided to see if I could throw a spring kit at the gun and see how it turned out. Now, I get that installing a spring kit on a revolver might not be everyone’s cup of tea. Revolvers do have reasonably complex internal mechanisms compared to their semi-auto counterparts. I think most of you could accomplish this though. I might be a bit more mechanically inclined than the average guy, but this is my first time cracking open a revolver to do any work on it, so this isn’t something I came into with any real experience.

In choosing a kit, I decided to roll with Wilson Combat’s spring kit. The kit comes with a new hammer spring, and three options for the rebound trigger spring in 12 pounds, 13 pounds, and 14 pounds. The return stroke on the 66-8 is pretty stiff, but also a bit “hitchy,” so I decided to use the 14-pound rebound trigger spring in an attempt to mitigate any hesitation and to ensure the trigger would return quickly enough to run the gun with some measure of speed still.

The install of the kit is pretty straightforward. This isn’t a how-to article, but here is a good video on the process (ignore what he says about the strain screw).

I will say that for my first time changing springs on a revolver, it was easier than I anticipated which is partly why I think pretty much anyone could pull this off. The key is to take your time, finesse the job as much as possible, and remain patient. Maybe a little easier said than done.

Before installing the kit, the trigger on the 66-8 exceeded the 12lb limit on the Lyman trigger weight gauge I was using. After the installation, I tested five trigger pulls, and it averaged 8lbs 11oz. So it went from what I suspect to be about a 15-pound trigger press to just less than 9 pounds. That is undoubtedly a significant improvement.

The elephant in the room though is, did the spring kit compromise the reliability of revolver?

Up to this point, I have about 800 rounds through the gun, including a couple of boxes of Tula .357 magnum and other junk ammunition with zero malfunctions of any type. Sadly, that streak would not continue. The answer to the question is no; reliability would not be maintained. I had an average of one failure to fire every ten rounds, shooting mostly Winchester ammunition. Now here is the catch, I did not try to hunt down ammo that would work, and here is my reason why. Given the intended purpose of the gun and its track record to this point, I want it to work with everything, or mostly everything. Obviously, there is some lousy ammo out there that is less reliable than others, but Winchester usually doesn’t have a 1 in 10 failure rate. If this gun were intended for competitive use, or just a range toy, I probably wouldn’t bat an eye and would go hunting for whatever ammunition might be reliable, assuming some will work, or start loading my own. Unfortunately, being that this is a 2.75” barreled gun, the intended purpose is personal defense, and I refuse to make concessions on reliability.

I attempted to try using the factory hammer spring with the various Wilson Combat rebound trigger springs in an attempt to knock off a couple of pounds from the trigger press, but the results were not acceptable. Even with the heaviest rebound trigger spring included in the kit, the trigger return was less than smooth and had some significant hesitation. Running the 13-pound or 12-pound rebound spring was certainly a non-starter. The issue here is that the rebound slide is what pushes the hammer off the firing pin and impedes the forward movement of the hammer until the trigger is pressed and the rebound slide pushed rearward. With the factory hammer spring, the reduced weight rebound trigger springs struggle to overcome the weight of the factory hammer spring, even though it is just a little bit.

While a good attempt, the Wilson Combat spring kit did not remediate the issues noted with the S&W 66-8 Combat Magnum’s trigger pull weight and also maintain reliability. It is unfortunate because I want to like this gun, but the heavy trigger is an incredible impediment to really solid shooting with this gun. I will be going back to the drawing board in an effort to make the gun a more serviceable piece.