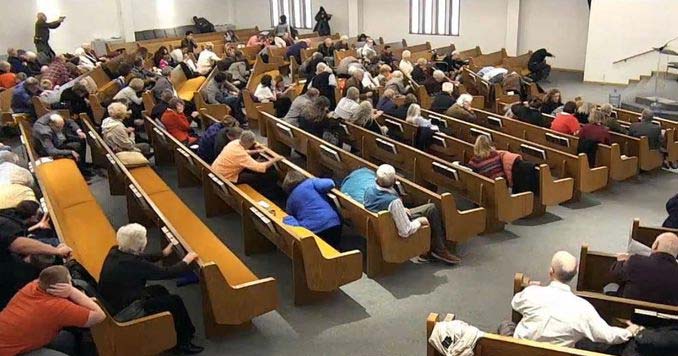 UPDATE: It is being reported that the armed citizen that shot the suspect is a former police officer.

During Sunday morning mass this morning at West Freeway Church of Christ, in White Settlement, Texas, a man walked in with a shotgun and opened fire on its parishioners. Two people are reported dead and one injured.

What stopped him from shooting anyone else? A good guy with a gun. Multiple reports state that numerous people drew their own firearms and one man shot the suspect.

There was a live feed of the Sunday mass being broadcast on YouTube which has since been taken down. But we were able to find screenshots showing the armed citizen taking out the suspect.

I will update this article as more details come in.

In May 2019, the Texas House passed a bill that allows those with Texas Concealed Carry Permits to carry in places of worship. While this was a controversial bill when it was passed, you have to wonder, how many more casualties would there have been if armed citizens would have been there this morning to jump into action.

This also is a great reminder of why you need to ALWAYS CARRY.