by Luke McCoy
in Articles, DGU
2 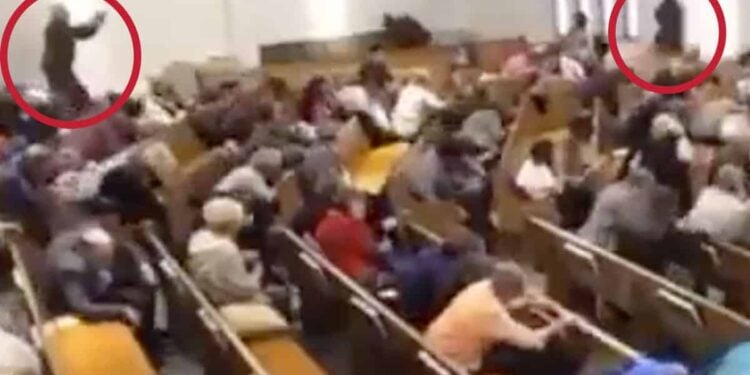 We’ve obtained the footage from today’s church shooting from our friends at Concealed Nation. While it is a graphic video showing the entire shooting, it is incidents like these that we can use as learning tools and reminders why we should all be carrying everyday, everywhere.

Another member of the church, who is either former LEO or FBI (via mixed reports), acts fast, takes one shot, and puts the suspect down. Then you can see three other armed citizens come into the frame, handguns drawn.

While this is a tragic event, we’re thankful that there were numerous citizens prepared to protect themself and others in situations like this.

It has also been confirmed that of the 2 people being reported dead, the suspect is one of them.