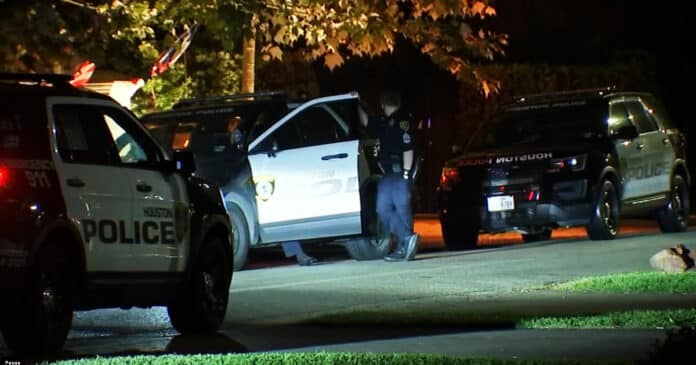 While this story doesn’t involve the use of a gun in self-defense, we can use this as an example of why you should be aware of your surroundings at all times.

A Texas couple went to dinner this past Friday and left the restaurant around 1 AM. Little did they know that two men in hoodies were following them. Once they pulled into their garage, the two men ambushed them. One of the suspects shot the male victim in the face and then proceeded to rob him of his watch and demand other jewelry. The victim’s girlfriend was unarmed. Luckily, he is expected to survive.

ABC13 reported that the victim was driving a “high priced car,” and their home was a “million-dollar home.” So they might have been a higher-profile target than some of us that don’t live in million-dollar homes. But that doesn’t mean this can’t or won’t happen to you. We talk about situational awareness and being aware of your surroundings. This goes for when you are in a vehicle as well.

Here’s a video that had some good tips on how to tell if you are being followed in a vehicle and what to do if you find yourself in that situation.