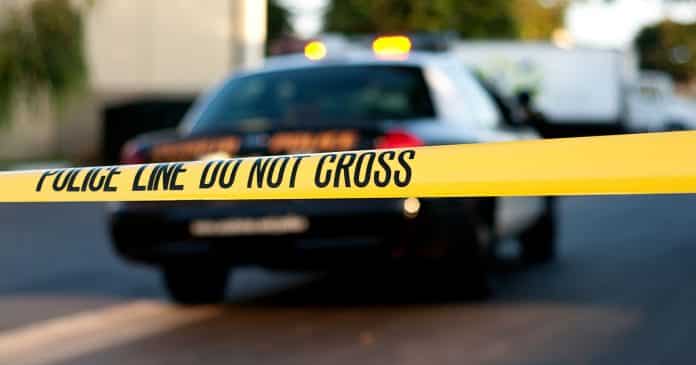 From what we know of this incident, it looks like this woman did everything right. It started as her ex-boyfriend was moving out of the apartment when he apparently decided that it was appropriate to say goodbye by punching her in the face.

The woman then called 911 and followed her ex out into the parking lot to get his license plate number and then returned to the apartment. It wasn’t long though before he returned and kicked open the door. He caught her by a leg as she was attempting to move up some stairs presumably to get away from him and it was at this point after this that she shot him. The ex died at the scene. This all happened at about 3:45 in the afternoon.

The first thing this woman did right, after presumably kicking him out of the apartment, was to call 911 to report that he punched her as he left. This established with the authorities that she was attacked by this man before he returned to break in and attack her a second time. This would seem to be clear evidence that she had reason to believe that he intended to attack and hurt her again.

Her next right move was to try to escape his attack by fleeing up some stairs. This would show an attempt to retreat from the attack even though in her own home Castle Doctrine does not require that. Further, homes are generally considered highly defensible property which means that the resident is legally presumed to be in fear of death or great bodily harm the moment someone breaks the door to gain entry. This legally gives the woman the imminence, innocence, and proportionality requirements required to use deadly force in self-defense. All that remains then is were her actions reasonable given the circumstances. The attempt to avoid the fight would seem to give her that.

The last she did right was to have good enough access to a gun to be able to bring it to bear when she needed it. If it wasn’t on her person at least she was able to get to it in time. This makes a good case for carrying one on your person while at home especially when there is reason to suspect trouble.