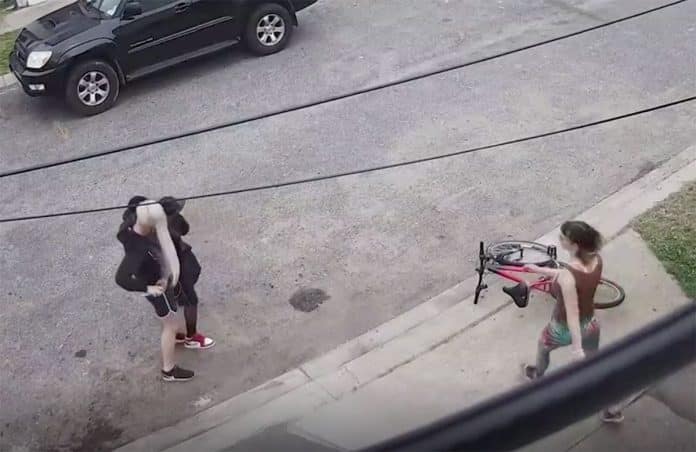 Many criminals are not that bright. And this is an excellent example of one. We’ve all know that robbing a gun store is high up on the list of bad ideas.

Well, you can add robbing a martial arts instructor to that list.

This incident took place in my hometown of New Orleans, LA yesterday, April 24, 2019.

A man approached Meredith Livengood who is an instructor at 36 Chambers Martial Arts Studio. He acted as if he was interested in their classes, so she took out her phone to show him the class scheduled.

That’s when he decides to grab the phone and attempt to take off on his bicycle. Meredith was able to grab the rear of his bike causing it to fall on the ground. When he tried to run off, she got him into a choke. He quickly puts the phone up as if saying, “Take the phone. I don’t want to be choked out!”

Some of her students and neighbors came out to help, but she didn’t seem to need it. At that point, she had her phone back, and she just wanted him to leave.

All jokes aside, this is one of the reasons that I started training Brazilian Jiu-Jistu a little over a year ago. Many situations may require hand-to-hand skills instead of pulling a gun. While I am partial to Jiu-Jitsu, I’d recommend all gun owners to go out and get some martial arts training if not already doing so.