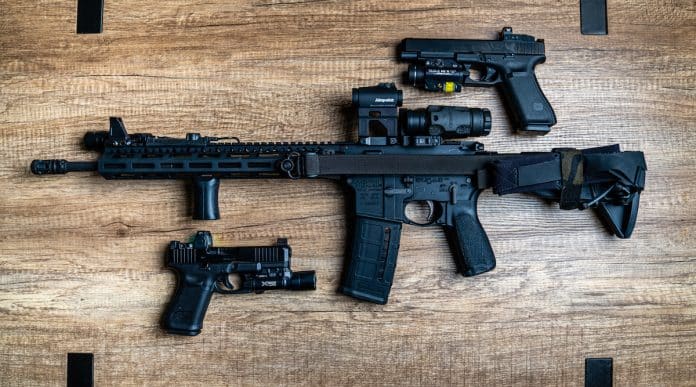 A firearm that is kept specifically for self-defense is akin to a fire extinguisher: it is life-saving emergency equipment maintained for rapid and unexpected deployment to mitigate a threat. A safe home should have both tools readily available to authorized users, and both should be maintained regularly. For those of us that are firearms and shooting enthusiasts, guns become more than just life-saving equipment; they may be our hobby or even integral to our lifestyle or work. Regardless, let us remember the most essential role of the firearm.

During this current pandemic, which has been declared a national emergency, we are experiencing something rather unique in the lifetimes of most currently living. While civility has, for the most part, been maintained thus far, people are scared. This is manifest by the current panic buying of firearms and ammunition, among many other commodities. First-time gun buyers have stripped the shelves bare of firearms inventory and ammo at a rate we have not witnessed in a while. This current situation has served as a reminder that our stability in firearms supply is as delicate as our supply in any other commodity, perhaps even less so.

The answer to such periods of high demand and low supply should be obvious: we should be sure to have stocked what we need before such catastrophes happen. What we need to keep on hand will vary extensively from one individual to another. Most non-gun enthusiasts are probably well enough served by having a pistol and a box of ammo in the drawer. For those of us that consider firearms an essential part of our preparation, however, we are looking at more equipment than that.

How much is enough?

How many guns and how much ammo should you have on hand? This is an endless debate. If you are relatively new to firearms, or if perhaps you are a hobby shooter but not yet squared away in regards to a dedicated arsenal of personal protection, you might be trying to figure out where to start. Obviously, having a single pistol and a box of ammo may well be all you ever need, but those who are motivated to prepare seek to equip themselves beyond this. While we would all love to have dozens of guns and tens of thousands of rounds of ammo on hand for our preparation and range entertainment, this is not realistic for most, nor necessary.

I truly believe in a three-gun setup for emergency preparation as a starting point. This is a realistic place to begin and is more obtainable than having a huge safe full of guns. And it will likely fill all self-defense needs for those who never go beyond these three guns. What I suggest is as follows: 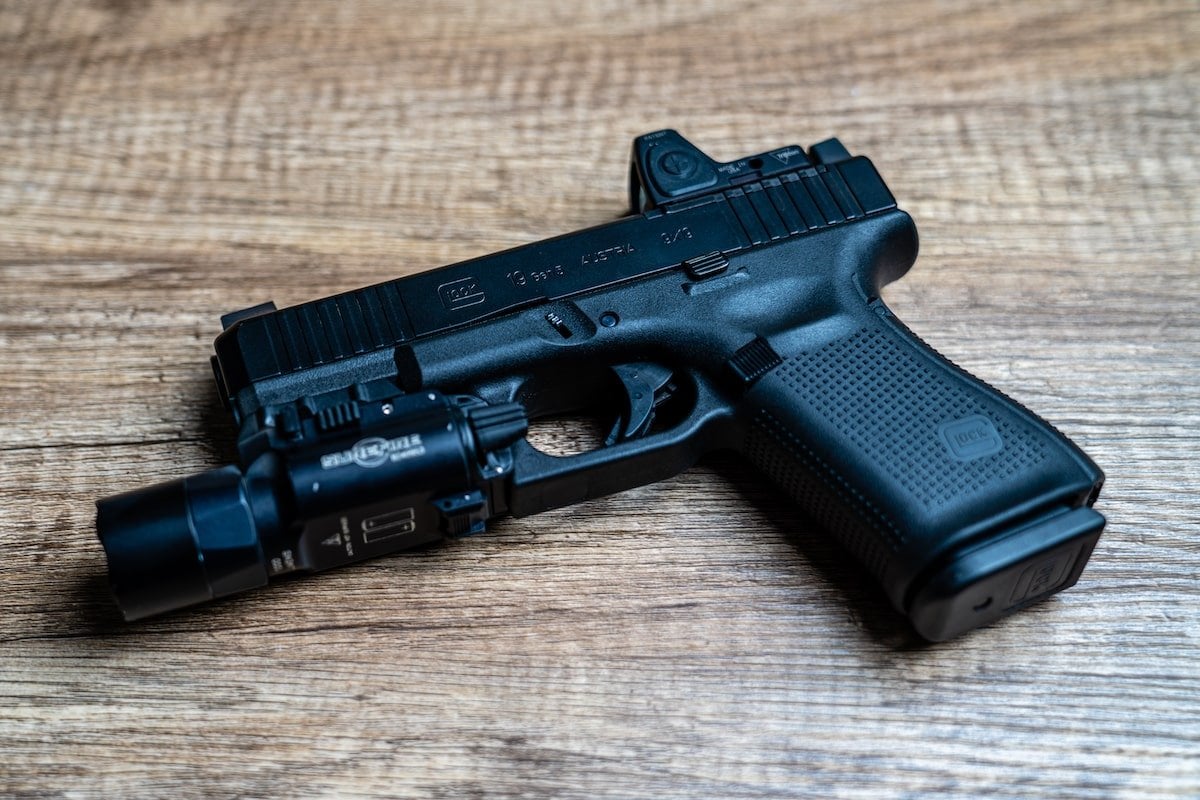 First priority: a primary defensive pistol, preferably a full-size service pistol or compact version thereof. Think Glock 17 or Glock 19, Smith and Wesson M&P full size or compact, Sig P320 full size or compact, etc… A double-stack auto loader chambered in 9mm is hard to beat for most. This gun can be carried and is formidable enough to serve as a good home defense pistol as well. While a dedicated concealed carrier may need a smaller option as well to provide deep concealment, the full-size or compact pistol serves as an ideal go-to handgun option. 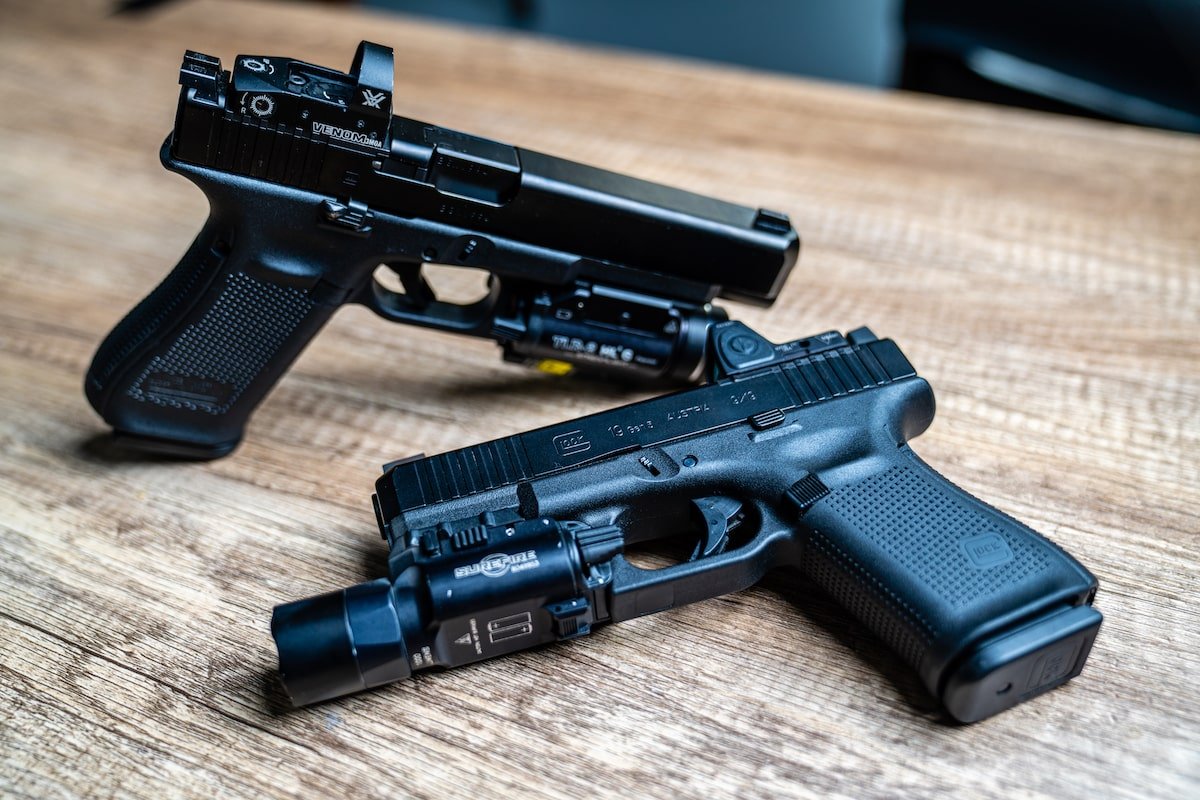 Second Priority: A duplicate of your primary pistol. That’s right, a backup to this primary defensive weapon. Perhaps your primary is a full size, and the secondary is the same gun, but the compact version. This would work well as it allows magazine compatibility between the two. A backup to your primary pistol is in order to be truly prepared. 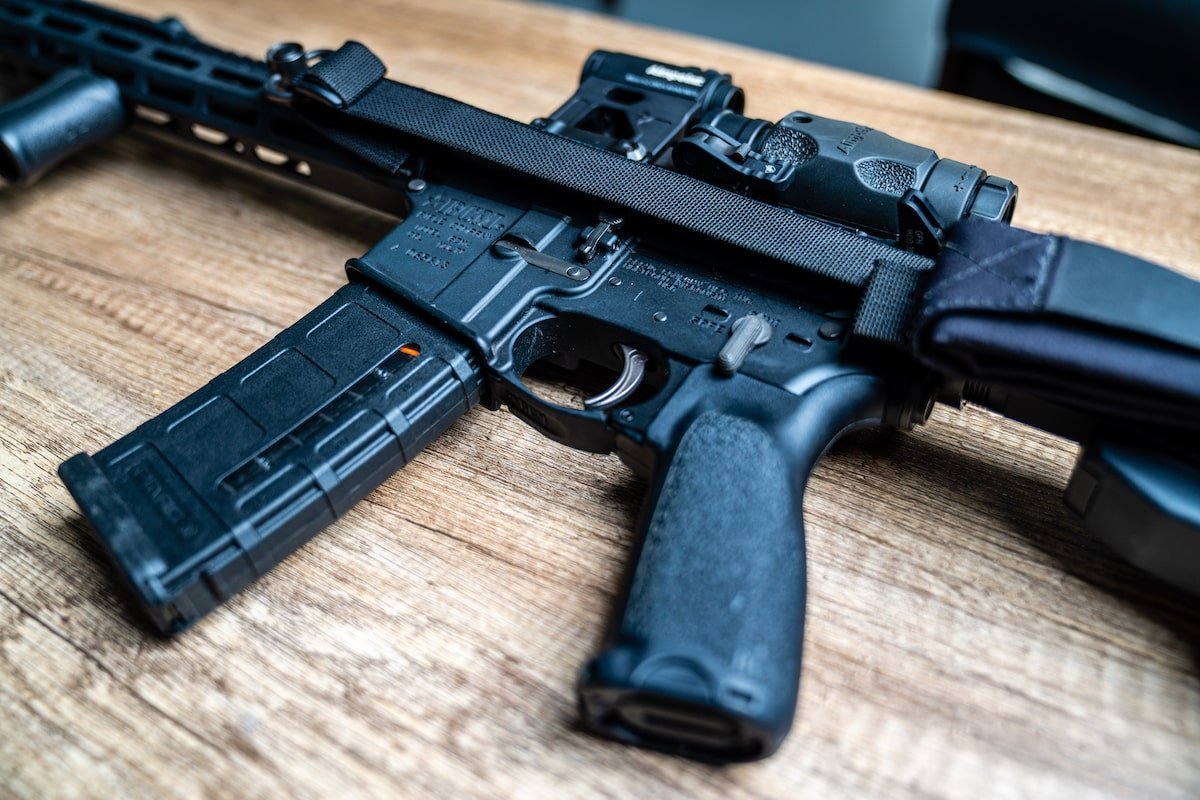 Third Priority: A defensive long gun. Rifle or shotgun, the choice is yours. The bottom line is that a long gun brings far greater ballistic capability to a fight. So having a dedicated defensive long gun that is ready for home defense makes good sense.

If you are a new firearms owner and want to acquire a minimum defensive arsenal that will serve your needs, these three weapons should do so quite well. Even if you are a gun person, and perhaps you shoot as a hobby, but you have found that your selection of weaponry is disorganized, then settling on these three options and prioritizing them as your go-to defensive weapons is in order.

With the selection of these three weapons, you realistically have to stock only two forms of ammunition, and two kinds of magazines (unless your selected long gun is a tube fed weapon such as a shotgun). This will greatly simplify your preparedness for such emergencies, like the one we are currently witnessing, in which firearms and ammunition is now hard to come by due to panic buying. Having only a single pistol caliber and a single long gun cartridge to stock for your defensive purposes will make maintaining a needed supply of ammunition easier. Even if you are a gun collector, with multiple pistols in all of the various chamberings, settle on your primary platform and be sure you have enough magazines and ammunition always on hand for that particular platform.

How much ammo is enough?

Everyone will have a different answer. But I will propose one that I believe is more realistic for most people who live within a budget that must be spread across not only firearms but all other preparation concerns as well. My suggestion for an initial goal to work towards is to have 1,000 rounds on hand for your defensive handguns, and 1,000 rounds on hand for a defensive rifle. Premium defensive ammunition is expensive. So having perhaps 200 rounds of premium hollow point ammo for each is in order. You can back this up with ball ammo. This is not ideal for defensive use, but a lot better than no ammo in a crisis. Always keep your defensive firearms loaded with the premium ammunition. If your long gun is a shotgun, having 200 rounds of buckshot on hand is in order. 1000 rounds of buckshot is quite bulky and expensive.

These weapons and ammunition are for emergency use, be it everyday self-defense or for the event of an extended emergency. If budget allows, keeping a year’s supply of practice ammo on hand makes sense as well. But defensive ammunition is first priority, of course.

Want to go a step further? Maintaining a parts kit with the most likely parts that break for your handguns makes sense. For a long gun, you can do the same. Keep a spare bolt carrier group for an AR15 on hand. This allows you to drop in a replacement for any of the most likely issues.

Prioritize this small, yet capable, assemblage of weaponry for the next emergency. This will give you confidence in at least that part of your preparedness.