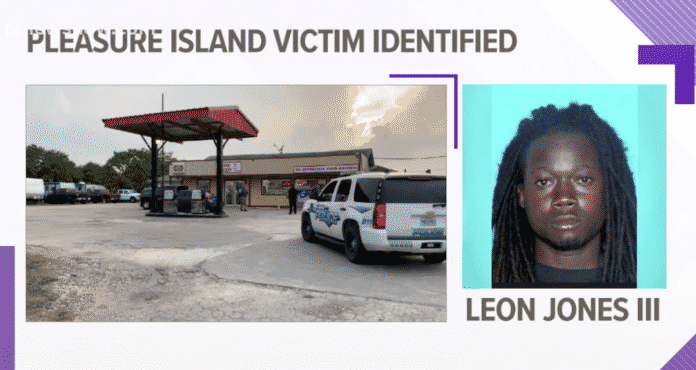 A Louisiana man somehow managed to steal an undercover police car. Oops. More than that, though, the car had a loaded rifle inside. Major oops!

The suspect drove the car to Port Author, Texas, where he attempted to steal the car of a couple outside of a local grocery store. Failing in that attempt, he drove a few miles down the road, where he encountered a couple that were crabbing on Pleasure Island.

He demanded money and other property from the couple at gunpoint, according to Port Author police. Back at the couple’s car, the man accessed his handgun, and the gunfight was on. The suspect was shot several times and died at the scene. The male victim was not injured during the shootout, but the woman received minor undisclosed injuries.

This is a bit of an assumption, but I think it’s safe to infer that the man told the suspect that his money and valuables were in his car, which is why they were at the car instead of on the beach. It’s not clear if the man had his gun on his person or if it was in the car, but either way, reaching into his car gave him the opportunity to draw on the suspect and open fire.

What kind of rifle and how many shots were fired by the robbery suspect was not disclosed, but the victim did get off enough effective hits to end the threat.

If the victim had left his gun in his vehicle, I’d bet that he won’t be too quick to do that again. Either way, though, drawing on a gun that is already out is a very risky move. Likely he managed to surprise the suspect who wasn’t expecting any resistance.

Feigning compliance and looking for an opportunity to counter-attack can be a sound tactic, but you’d better know that your skills are up to the task as you will be in a race to see who gets off the first on-target shots.