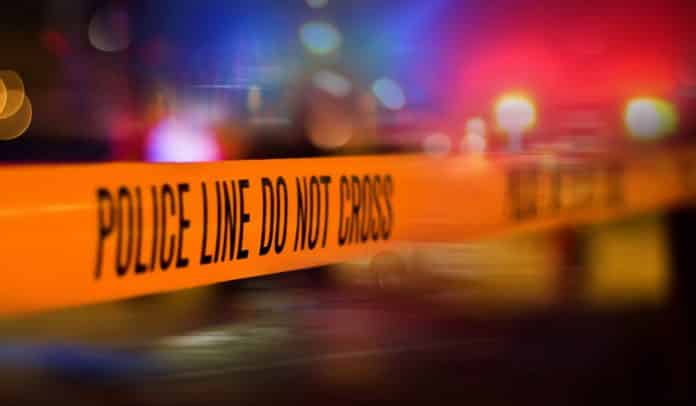 A Florida man was home alone playing video games after midnight last Friday when he heard breaking glass. Grabbing a gun, he headed in the direction of the sound to investigate and saw a man dressed in black and wearing a mask coming down a hallway with a gun pointed in his direction.

The homeowner fired on the intruder. He fell and then the homeowner saw a second intruder also with a gun. He fired on him and he fell, revealing a third who was also armed. The homeowner then shot the third intruder who fell onto the second one. At this point, the home defender’s gun jammed and he retreated to get to another one. Also, at some point, one of the intruders managed to get a shot off at the homeowner. He was not hit.

While the homeowner was going for another gun the third intruder managed to get up and run out of the home but he was confronted by an armed neighbor who held him a gunpoint for the Sheriff’s deputies.

The homeowner described the suspects as being stacked up in his hallway, which made it possible for the homeowner to engage them one at a time. Deputies arrived and arrested the wounded intruder who is expected to survive. The other two were dead at the scene.

All three had criminal records, but the Sheriff’s office remarked that the first two had extremely violent records. The surviving suspect will face two counts of second-degree homicide and one count of home invasion robbery.

The case is still under investigation.

Sheriff Chris Nocco provides information on a home invasion robbery from early this morning in Wesley Chapel. Preliminary information indicates that three armed suspects attempted to enter a house, where they were then shot by the home owner. Two suspects succumbed to their injuries at the scene, while one remains in the hospital with non-life threatening injuries.All parties involved are accounted for and there is no threat to the public.

There are a few good lessons to learn here. The homeowner told deputies that he was a gun enthusiast and had posted photos of his firearms on social media so he believed that his home was targeted for the robbery.

As much as we all know that a good deal of the pleasure of collecting pretty much anything is in getting to show off your collection, I seriously question the wisdom of posting photos of your gun collection to any form of social media.

For being a gun enthusiast, it’s a good thing his gun didn’t jam any earlier than it did. How many shots he fired is not known at this time but one would think a gun guy would have a reliable self-defense firearm. Also, it appears that he wasn’t able to clear the malfunction. The type of malfunction is also unknown but shouldn’t a gun guy be able to clear one faster than retreating to get another one?

I know I’m second-guessing this man but the lesson for us all is to be sure you have a reliable firearm that you are intimately familiar with. If his gun had jammed sooner, he could have been killed.

The intruder’s fatal mistake was stacking themselves in a narrow hallway. That takes the odds from three on one to one on one three times. That cost two of them their lives and the third will spend a great deal of time in prison.

The sheriff’s spokesman said the homeowner was exercising his 2nd amendment right to defend himself so I would doubt he will face charges. Unless something new comes to light in this case it looks like textbook self-defense.