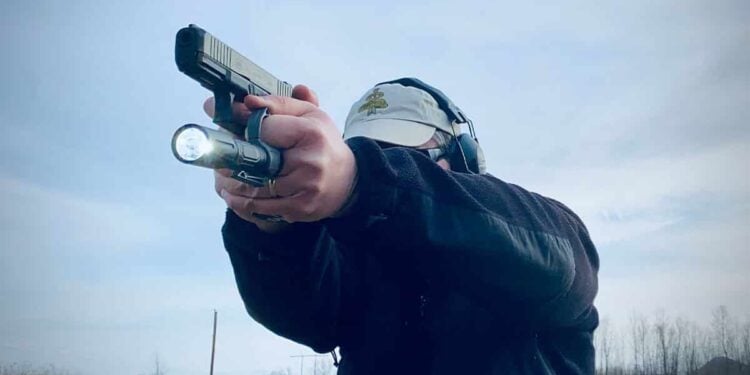 I am not much of a weapon-mounted light guy. Having played around with them off and on, the juice never quite seemed worth the squeeze. I am a hardcore handheld light guy, though, and have carried one every day for several years. A handheld light brings an incredible amount of utility to the table, whereas a weapon-mounted light does not. The problem with a handheld light, though, is that when it comes to shooting, it usually means we are basically shooting one-handed while the other hand controls the light.

This is where the THYRM Switchback is supposed to fit. It allows a light technique that gives the shooter the ability to incorporate the support hand back into controlling the gun. It is really only a question of whether or not it actually works.

How It Shows Up 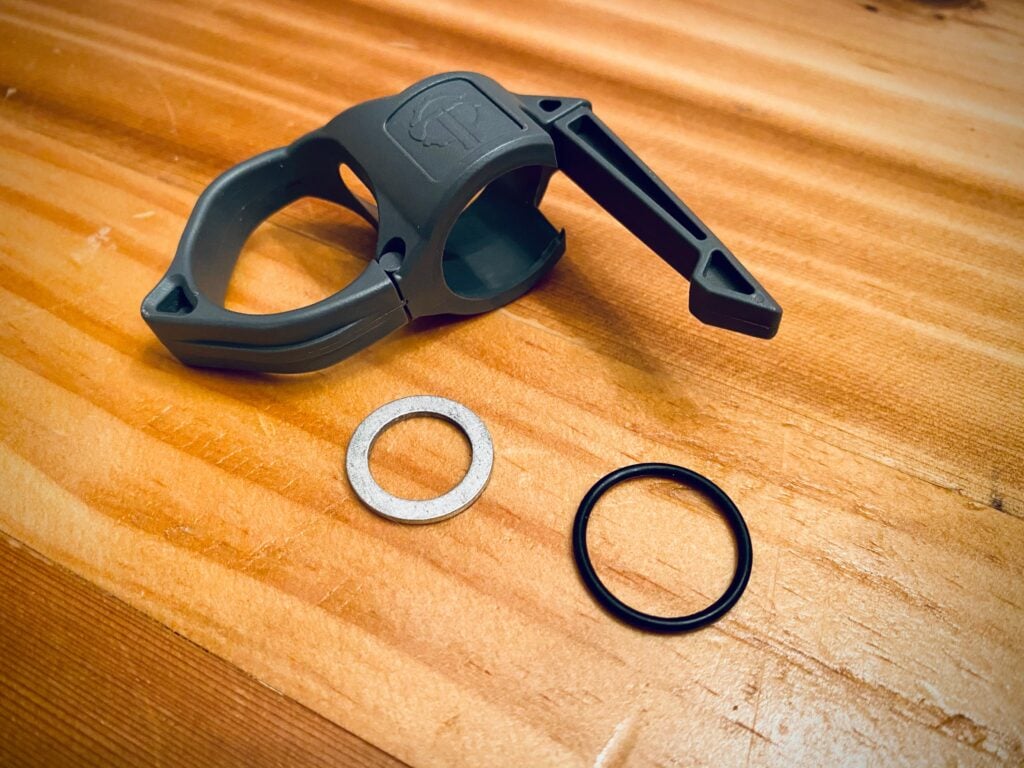 The Switchback comes in a couple of different variations to fit other sized flashlights. The specific version I had was for the Modlite PLHv2 and also fits several Surefire flashlights. The package will have the Switchback itself, a rubber o-ring, and a metal washer used as a spacer on certain lights. The cost is right around $20 from most places.

Not only does the Switchback have a plastic ring to facilitate a specific shooting technique, but it also incorporates a plastic clip. I was a bit skeptical of the plastic clip and how well it would hold the light in my pocket. To be honest, it outperformed my expectations. I would even go as far as to say that it probably worked better than most metal clips I have used on various flashlights. 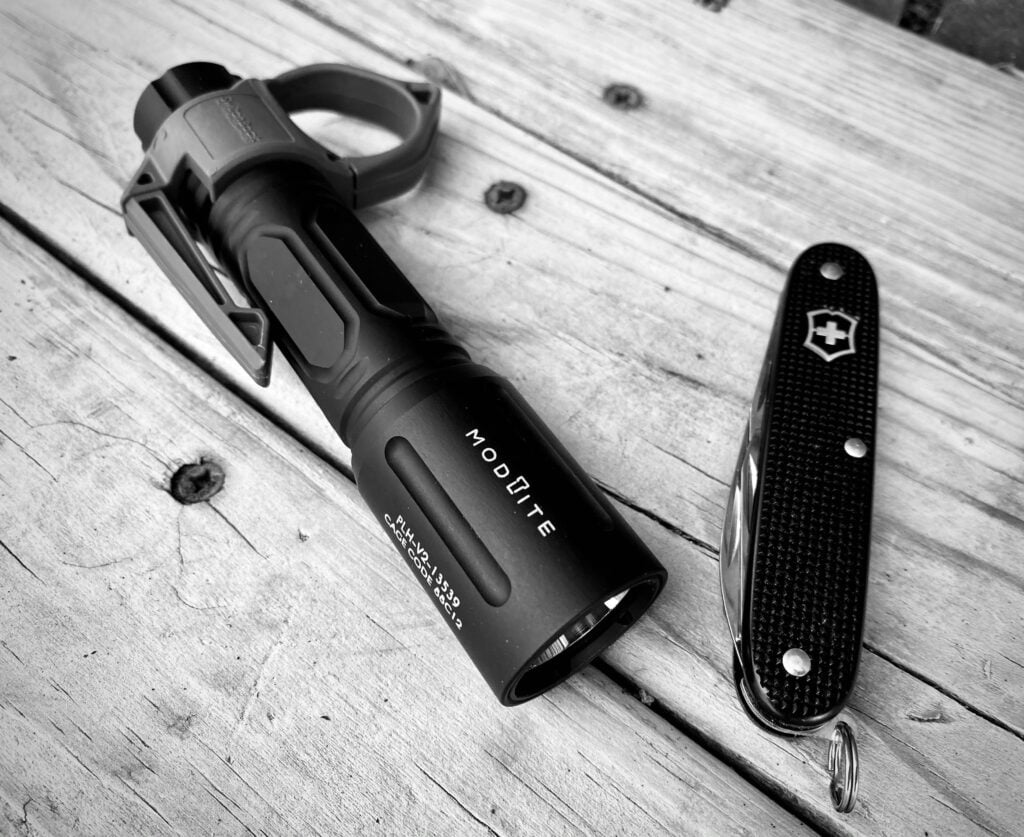 The one weak spot for the clip is that it does cause the light to ride a bit high in the pocket. This makes the Switchback and the attached light rather visible if a shirt or jacket doesn’t cover it. Anyone who knows what the Switchback is will immediately recognize it. Depending on how the pocket is cut, it may help to conceal the light. Jeans specifically were problematic. Khaki pants seemed to work quite a bit better.

How Does it Shoot

So it works okay as a clip; how about doing what is actually supposed to do? Does it actually improve shooting ability when incorporating a handheld light? It took some figuring out and experimentation, but it does help. The support hand grip on the gun is still not as good as if a light wasn’t there, but it is certainly an improvement over just shooting with one hand or using one of the other light techniques to incorporate the support hand back into the shooting process.

Where I struggled with the Switchback was getting it in a position where I could still maintain momentary activation of the light. Some of this is because of the light I was using. The PLHv2 has a recessed button, making it more difficult to activate. Even with a raised tail cap switch, though, I think the position of the light relative to the other hand gripping the gun would make it a tricky proposition. My solution was to click the light on and leave it on. I felt this was an acceptable compromise given the likely context the Switchback would be used in.

While it isn’t a perfect answer, I think it is a better answer than many other things out there on the market. Given its relatively low cost, if you have a compatible light, I would say it is worth trying. Worst case, you are out $20. That isn’t even half a box of 9mm these days.

Rural Oklahoma Man Fires at Burglars that Kicked Down His Door

Rural Oklahoma Man Fires at Burglars that Kicked Down His Door